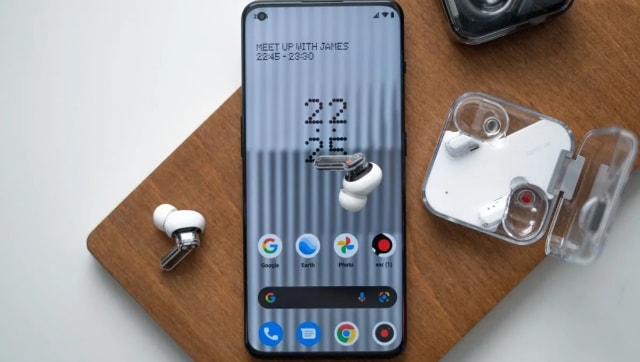 In a major boost to Make In India, Nothing Company will be producing all the smartphones they sell in India, only in India. The Indian variant of the Nothing Phone (1) will be made at the production facility of a reputable manufacturer based near Chennai, Tamil Nadu.

“We are thrilled to announce that every Phone (1) sold in India will be manufactured locally. Nothing Phone (1) is the real start of our journey and we cannot think of a better way to establish ourselves in India, which is a key market for us,”  Manu Sharma, VP and GM of Nothing India, said in a statement.

As for their selling channels, Nothing had announced a couple of weeks ago that in India, they will be exclusive to Flipkart.

The upcoming smartphone will be powered by Qualcomm’s Snapdragon mobile platform. Potential customers who want to get their hands on the device as soon as possible and before the device goes on sale can pre-book the device on Flipkart for Rs 2,000. The final price of the device hasn’t been disclosed as of writing this piece, but rumours suggest that the device will be priced somewhere around $500-550.

The device will come preinstalled with the Nothing OS. The device will be treated with three years of OS upgrades and four years of security updates. The Nothing phone (1) would sport a metal chassis. The device may arrive with a dual rear camera setup accompanied by an LED flash. The rear panel also appears to have a set of magnetic connectors.

As for the other specifications, the Nothing Phone (1) is rumoured to have a 6.43-inch FHD+ display, with support for a 90Hz refresh rate and HDR10+. It will be running on a Qualcomm Snapdragon 7 Gen 1 SoC, which will be powered by a 4500 mAh battery with 80-120W charging. It is also slated to support wireless charging.