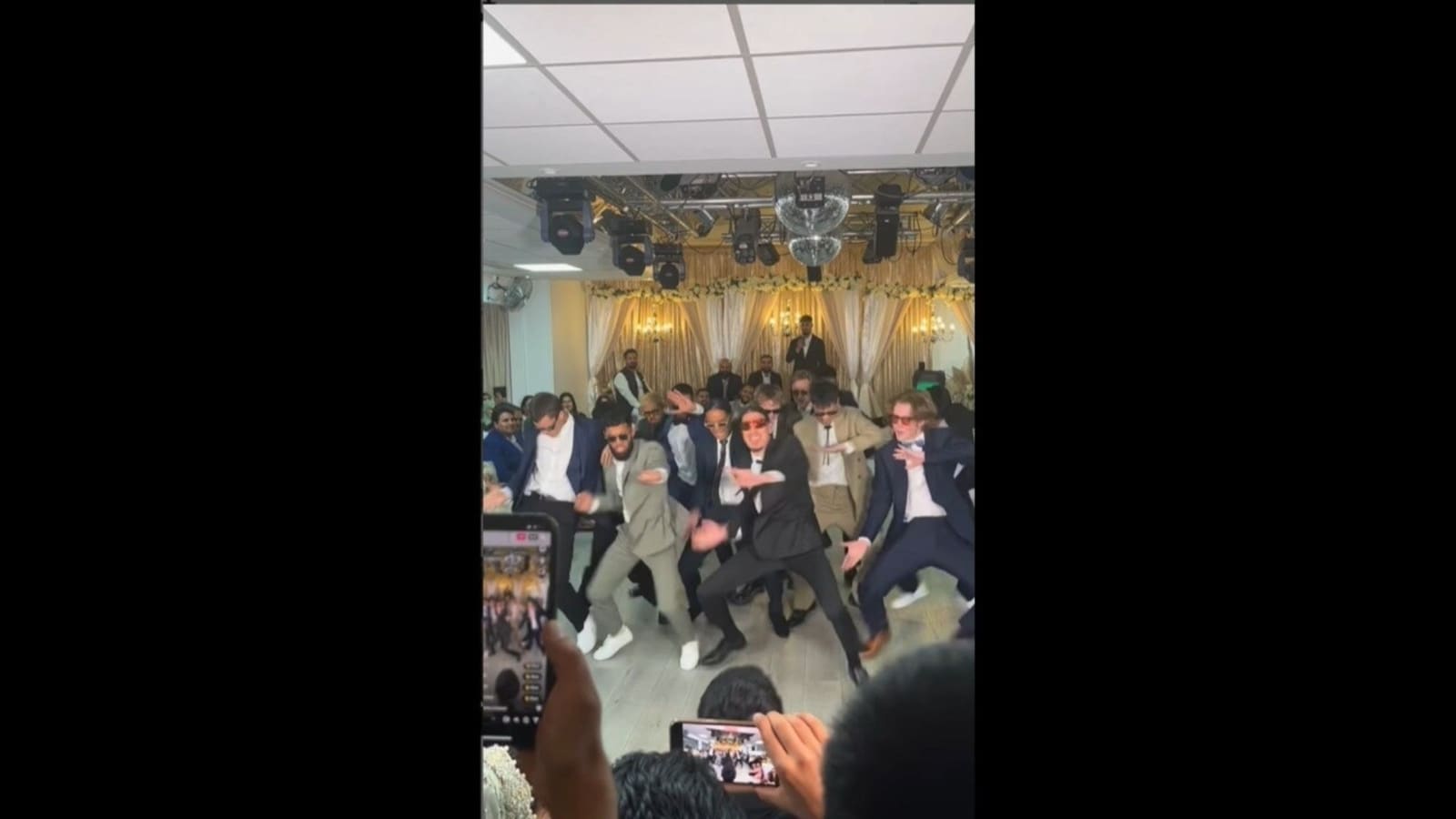 A video of a Norwegian dance group tapping their feet on a Bollywood hit has taken the Internet by storm and may even prompt you to shake a leg. The video shared on Instagram showcases men sporting suits and shades dancing to the 2018 hit song ‘Kala Chashma’. The video has received thundering applause from netizens, so much so that Siddharth Malhotra, who danced alongside Katrina Kaif in the song from Baar Baar Dekho, shared it on his Instagram story with several emoticons.

“Wedding vibe!! Gratulerer med min bro (Congratulations to my brother),” reads the caption of the video posted on Instagram by Yasin Tatby, one of the dancers from the group. The video shows young artistes’ dancing their hearts out to the Bollywood hit at a wedding reception.

Since being shared on the social networking platform, the video went viral and has received over 7.1 million views and more than 6.86 lakh likes. The share has also prompted people to share their thoughts in the comments section.

“Where is the full video!,” commented an individual. “Dope,” posted another with lit emoticons. “If this doesn’t happen in my wedding, then I ain’t going to proceed further,” shared a third. “Killer. Can’t get off this,” expressed a fourth.

As netizens demanded a full version of the performance, Quick Style – the group’s dance company, shared another clip from the wedding. The group flaunted their love for Bollywood music this time by recreating Shilpa Shetty Kundra and Akshay Kumar’s dance moves from the 90s hit ‘Chura ke dil mera’. “Don’t worry Ed SherKhan got you,” read the caption of the video posted on Instagram with several hashtags, including #Bollywood, #dance and #wedding.

The group received a shoutout from Shilpa Shetty Kundra as well. “Love this! This is what I call, Super se Uper wala performance,” she wrote while sharing the dance performance on her Instagram story.

Since being posted, the video has received over 1.3 million views, more than 1.17 lakh likes, and several comments.

“As someone who grew up on this song, all I can say is,” posted an individual with several emoticons. “If I ever get married, I want a performance like this,” posted another. “Please we need the whole performance,” shared a third.

What do you think of their amazing dance performances?