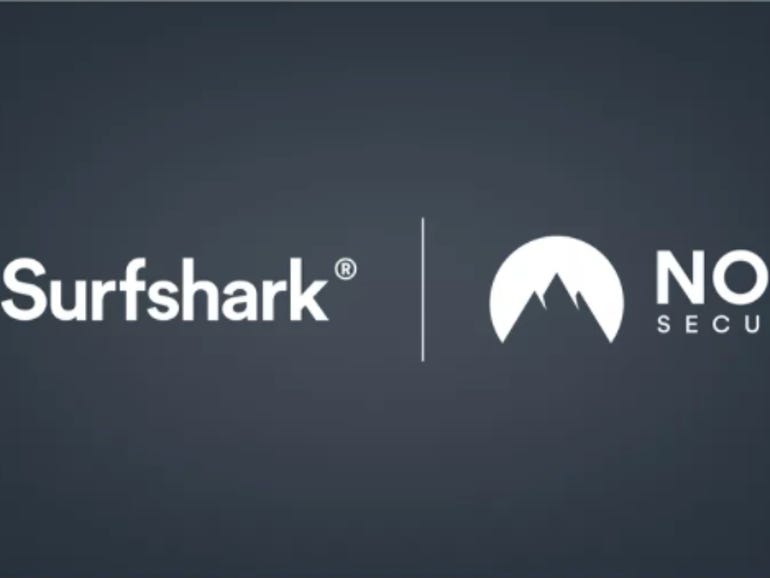 Major VPN providers Surfshark and Nord Security are merging, according to a blog post from both companies. The merger is one of a number of consolidations within the VPN market, much of which is already controlled by Kape Technologies, Tesonet, and Ziff Davis.

Terms of the merger were not disclosed but the two companies spent months negotiating before making the announcement. The two companies will operate as separate entities “relying on separate infrastructures and different product development plans.”

Here’s how to find an effective Virtual Private Network service for both iOS-powered iPhones and Android smartphones.

In a statement, Surfshark founder and CEO Vytautas Kaziukonis defended the VPN market’s worrisome consolidation, arguing that it indicated “the industry’s maturity.”

“They also bring new competitive challenges. Nord Security and Surfshark joining forces will set the ground to scale in different digital security dimensions, which is necessary to meet the growing requirements of our customers.”

The companies argued that they never intended to “be only a VPN” and that both offer different products despite overlaps between the tools they sell.

“Nothing changes concerning our brands, infrastructure, company management, employees, and product development. The idea behind the deal is to align on a tactical level in reaching mutual goals while keeping the autonomy of our operations,” the companies said.

“This strategic business move will serve as a springboard towards more rapid development and innovation while maintaining the uniqueness of both brands that customers learned to appreciate over many years.”

Neither company is changing its Terms of Service or Privacy Policy. The merger drew scrutiny from market watchers who noted that Surfshark was developed with the help of Tesonet, the same Lithuanian business incubator that helped NordVPN in its early days. The companies initially denied any connections before the merger was announced.