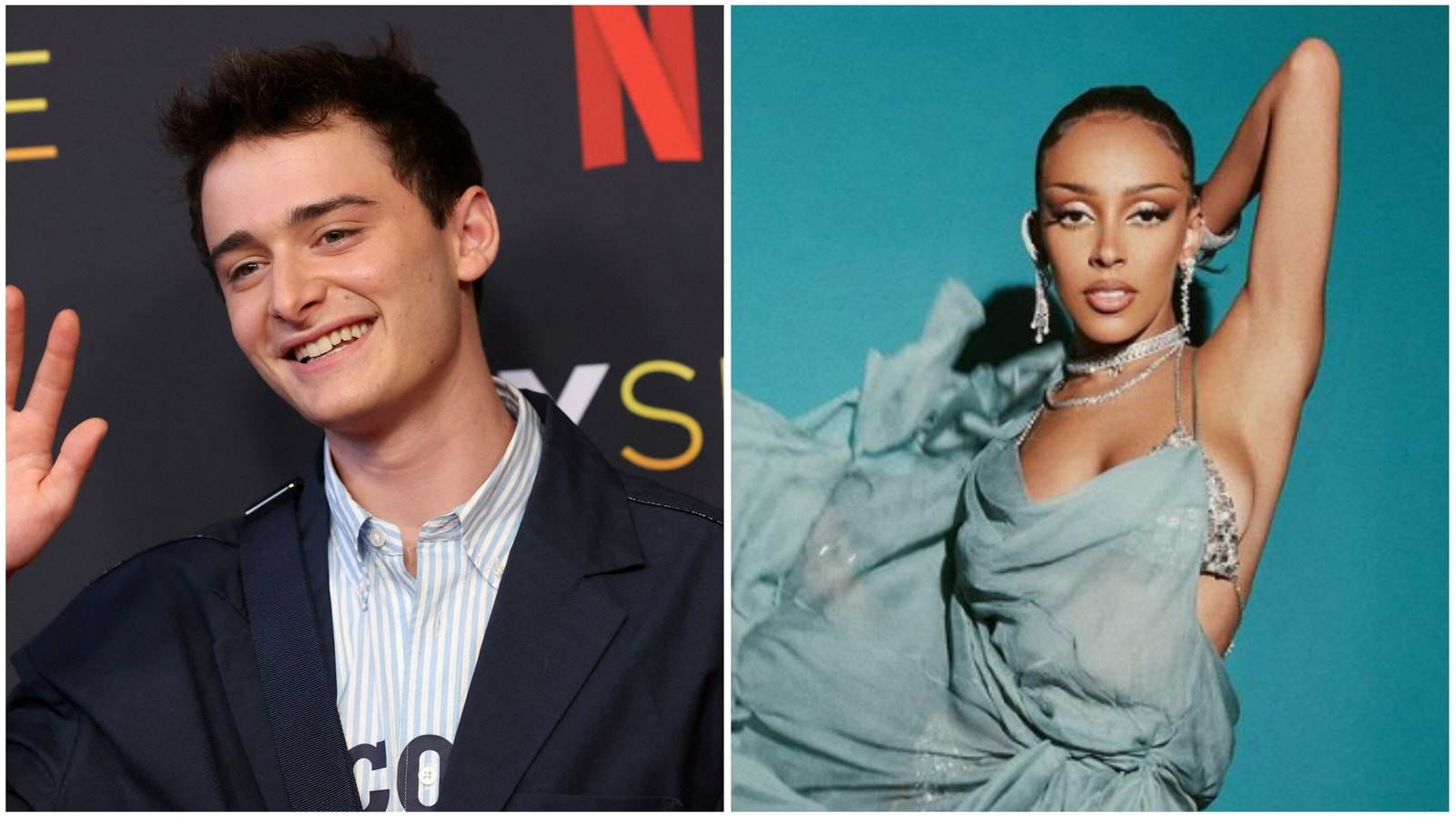 Noah Schnapp has broken his silence after Doja Cat called him a ‘snake’ for sharing their private messages on social media. Amid reports that Doja has lost over 200K followers after their feud, Noah said that he still follows the musician on social media, and harbours no ill feelings towards her. Also Read| Doja Cat loses over 200k IG followers, Stranger Things’ Noah Schnapp gains 1 million

Doja had called Noah out for sharing the DMs, where she had asked for his help to set her up with Joseph Quinn, who played Eddie Munson in Stranger Things season 4. Noah, who portrays Will Byers on Stranger Things, has said that he has apologised to Doja for it.

As per screenshots shared by fans on Twitter, Noah took to his TikTok account on Wednesday to share a video set to the tune of Doja Cat’s song Kiss Me More. The video showed him doing some quick math in an effects game on the app. Posting it, he gave an update on his feud with Doja. He wrote, “Guys everything is all good I apologised and I still follow her and love her music no hard feelings,” and added two red heart emojis.

Noah had previously deleted the TikTok video in which he had shared Doja’s private messages. Meanwhile, she had shared a video about him in which she had said, “To be fair this is like a kid. Like Noah is like I don’t know how old he is but there’s no way he’s over like 21 (Noah is 17). But like, when you’re that young you make mistakes, you do dumb s**t, you f**king f**k up relationships with people, you make mistakes…Noah is not like the definition… like I wouldn’t imagine he is, maybe he is a snake, you know? But like, I didn’t see him that way.”

It appeared that social media took Noah’s side in the entire incident, as he gained nearly one million Instagram followers, while nearly 200,000 unfollowed Doja since their fue. Fans had commented that she should have handled the matter privately, especially since Noah is only 17.