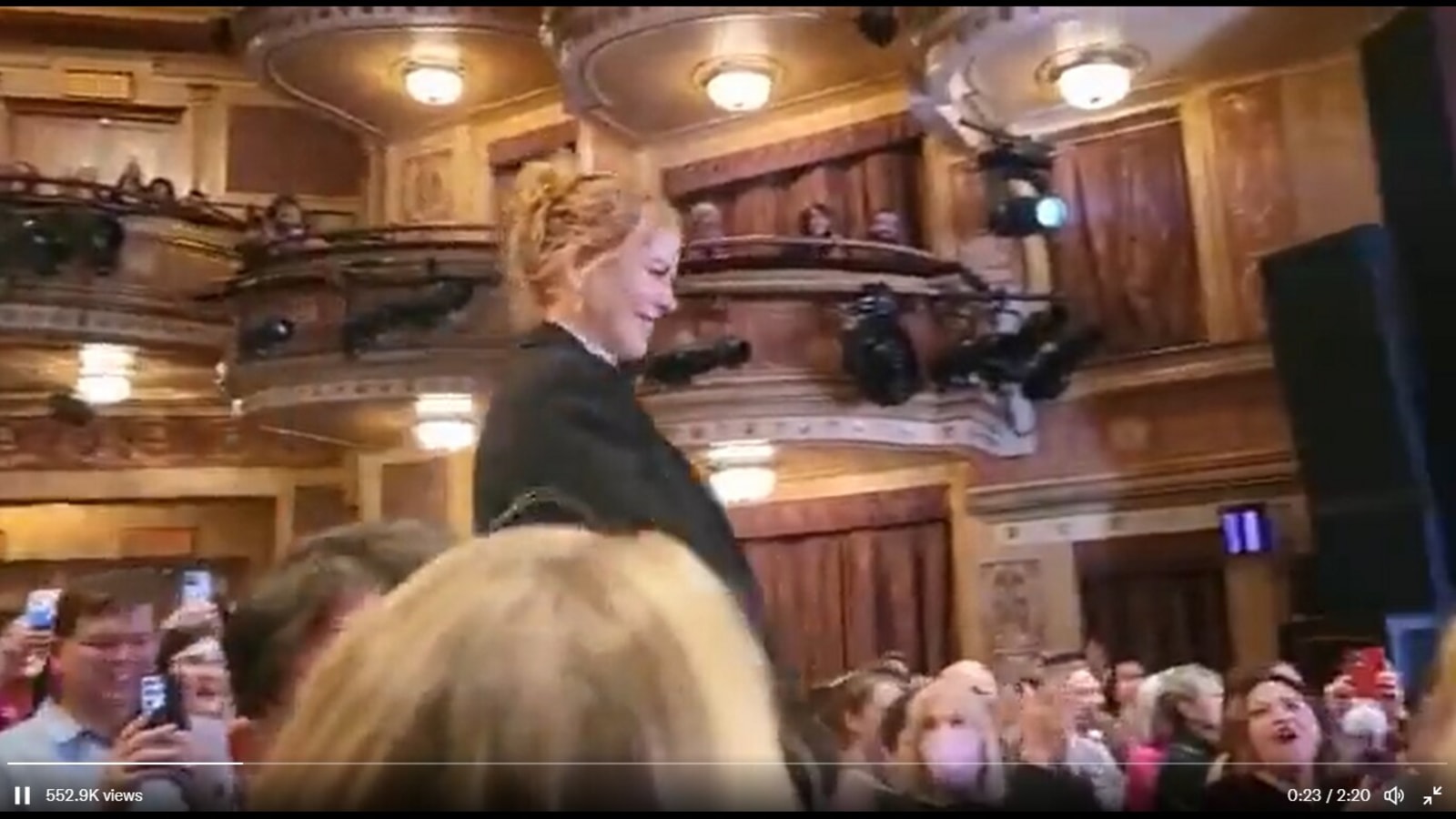 On November 26, actor Nicole Kidman attended the Broadway revival of “The Music Man” starring Hugh Jackman. The star surprised both audience members and Jackman after making a $100,000 bid for a hat signed by Jackman after his performance. Jackman shared a post where he revealed about the incident and thanked Kidman for her support.

In the video Jackman shared, you can see Nicole Kidman walking out of a crowd, hugging Hugh Jackman, and speaking to the crowd. The audience cheered and applauded loudly in appreciation of her kind effort.

In the post, he wrote, “The generosity emanating from #NicoleKidman leaves me speechless! You ARE amazing. Thank you for your friendship and support! @MusicManBway @NicholastheWard @BCEFA”

This video was shared three days back. Since being shared, it has been liked 13,000 times and has several comments as well.

One person in the comments said, “I’ve watched this with a smile on my face and a tear in my eye a dozen times, and I still have no idea what organization she is donating the money too!! And that doesn’t even matter. Her generosity and sincerity are beautiful.” A second person added, “Wow!! What an amazing example…everyone may not have that much to give/share, but whatever you have, you should be willing to share/give.” A third user added, “What she did is just incredible. Such a generous soul. It’s also incredible how much you guys are raising for such an amazing cause. I take my hat off to you all.”

Toddler meets his baby sister for the first time. Watch his cute reaction