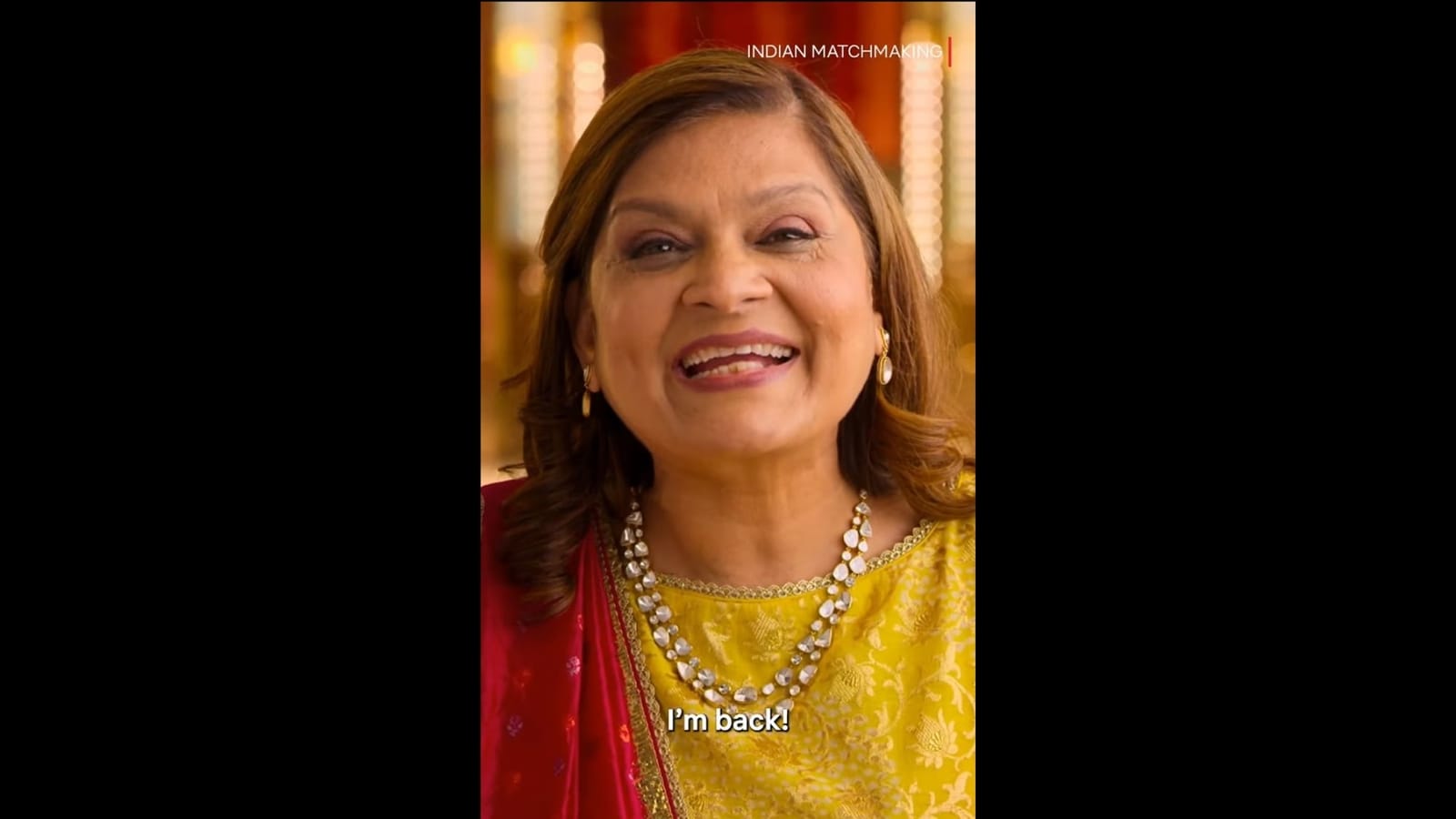 Netflix has dropped the second season of the much-awaited series Indian Matchmaking which revolves around Sima Taparia, a matchmaker from Mumbai, and her clients. For those unaware, Taparia helps single people in India and the US find perfect matches. And as expected, netizens binged-watched the eight episodes of the second season and have come up with hilarious memes and reactions on social media.

Indian Matchmaking season 2 was released on Netflix on August 10, featuring some old clients of Sima Taparia, including Nadia and Shekhar, along with new ones. And just like the previous season, she is helping them meet their potential partners. Since the show’s second season dropped, people have been posting about it. We have compiled a few of them below:

“Whatever Sima aunty says, we believe,” another posted while sharing a picture of Sima Taparia. The text on the image reads, “Everything, nobody gets.”

An Instagram page shared how freshers react two days after joining an agency.

An individual shared that he left watching the Netflix show midway because ‘his stars are not aligned.’

“Me on payday,” wrote another while sharing a picture of Seema Aunty.

A Twitter user wrote, “Sima aunty being self-aware is the best thing to happen in s2.”

“Aparna not wanting to take her air pods out while she is walking because that’s her favourite part of her day is so relatable,” posted another.

The first season of Indian Matchmaking was released on Netflix in 2020, starring Seema Taparia and her clients. The show sparked chatter online, with people sharing memes and posting their reactions.

Lock Upp: Sara Khan says Ali Mercchant cheated on her ‘multiple times’, argues with him about joining the show