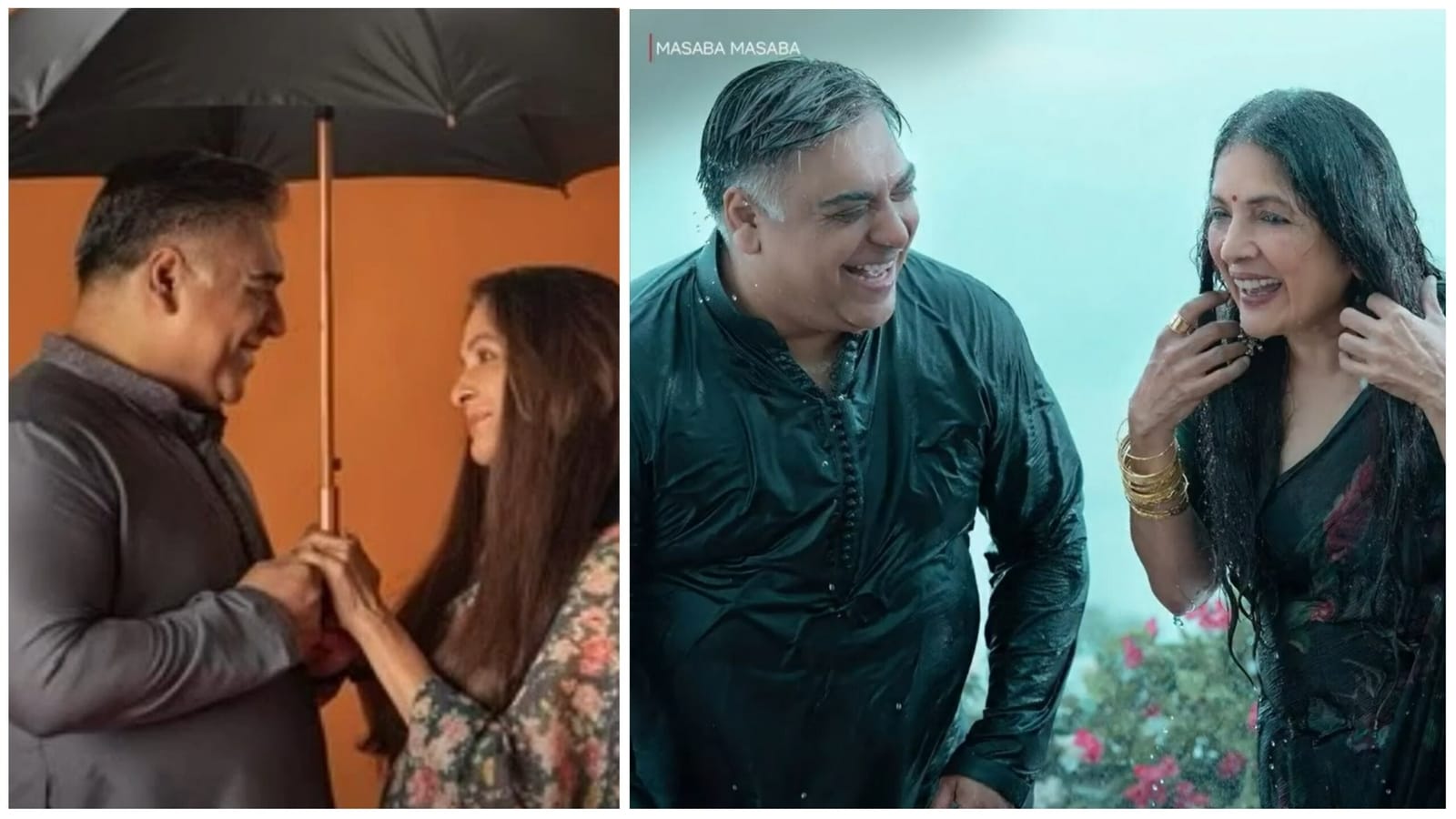 Neena Gupta has shared new stills from her upcoming web series, Masaba Masaba. She is seen filming for a TV show with co-actor Ram Kapoor in fresh stills from the show. A picture also shows the two of them sharing an umbrella in rain, while looking into each other’s eyes with smiles on their faces. Also read: Masaba Masaba season 2 trailer: Masaba Gupta wants to be ‘king’, tells Neena Gupta she is too ‘thirsty’ of late

Ram Kapoor is known for his hit TV show Bade Achhe Lagte Hain, in which he starred opposite Sakshi Tanwar. A fan reacted to Neena’s post, “Wow!!! Ram Kapoor is such a welcome, happy addition to the show.” Another said, “You both make such a lovely couple. Waiting to see you on screen together.”

Masaba Masaba is a slice-of-life series starring real life mother-daughter duo – actor Neena Gupta and fashion designer Masaba Gupta playing themselves. It is based on the highs and lows of their personal and professional life.

Masaba made her acting debut with the first season. She is now all set to return with the second season that will see the mother-daughter duo focus on their careers. While Neena gears up to revive a popular show from her past, Masaba decides to leave the past behind and focus on the future of her brand and herself.

Can you solve this simple math question before the viral video ends?