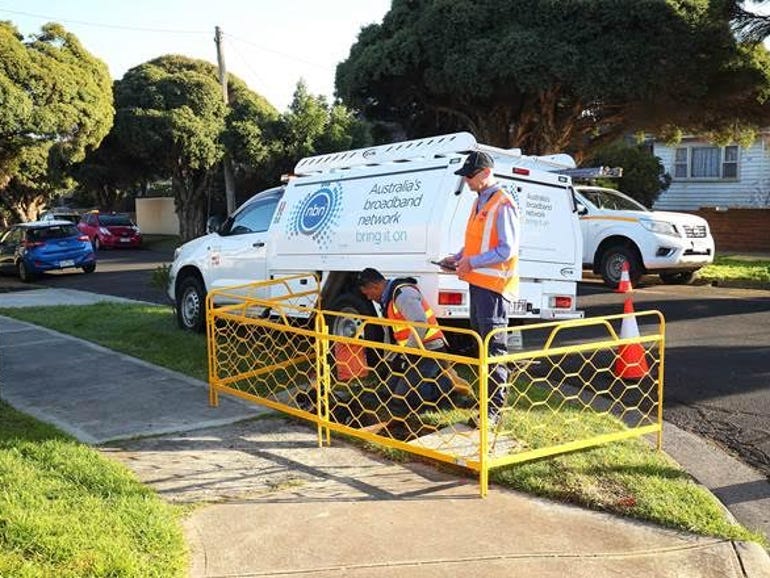 The company responsible for the National Broadband Network is set to begin a trial that will see customers on fibre to the curb (FttC) replace connection equipment themselves if it is fried in a storm.

“Between 1 October 2021 and 11 November 2021 NBN Co has replaced a total of 21,424 devices. This includes replacements as a result of multiple severe weather events across the eastern states of Australia during October,” NBN said in a response to Senate Estimates.

“FttC NCDs … can be replaced for a wide variety of reasons, including customers removing the device when they move house, new devices being automatically provided when a customer changes providers, and accidental damage in premises.”

In an agreement dated January 31, NBN said it was conducting a trial to allow customers to replace FttC NCDs themselves. The test period is set to run from February 7 to June 30, with NBN set to alert retailers when a storm is likely to cause NDC failure, and retailers needing to confirm with customers that the NCD is blown.

“The Self-Replacement Kit trial is open to all retail service providers and is scheduled to begin on 7 February with two providers,” an NBN spokesperson said.

“The trial is part of NBN’s ongoing efforts to reduce the impact on customers whose Network Connection Device (NCD) has been damaged by lightning strikes during storms. It gives participating retailers the ability to arrange for a replacement strengthened NBN NCD to be shipped directly to any customers who report damage to their NCD during a storm, enabling them to ‘plug and play’ and reducing the time spent offline.

“There are no restrictions on customer numbers or locations.”

For the better part of a year, NBN has been on the record saying it was looking for a long-term solution to the lightning strike issue.

“Our suppliers have said to us that the components in this scenario fail in a safe way, but that this also means the broadband connection to the home is lost,” NBN CEO Stephen Rue said in March.

“There have been reports from some customers of black marks on devices and sometimes outside the device, on a table for example. Our suppliers confirmed to us that multiple units with this marking have been inspected and that these black marks present no safety concern.”

At the time, Rue said the company was “actively trialling” the self replacement solution, but NBN has confirmed this trial involves the automation of a previously manual process.

“These are temporary measures, of course, and we continue to look at options to strengthen our devices; for example, potentially replacing some customers’ equipment to minimise the impact of lightning on our network in these regions,” he said.

In May, NBN said the main areas where weather events had knocked out NCDs were in New South Wales at Penrith, Miranda, Frenchs Forest, Rockdale, Grafton, Mosman, Peakhurst, Glebe, and Campbelltown. During 2020, the company swapped out 57,000 connection devices.