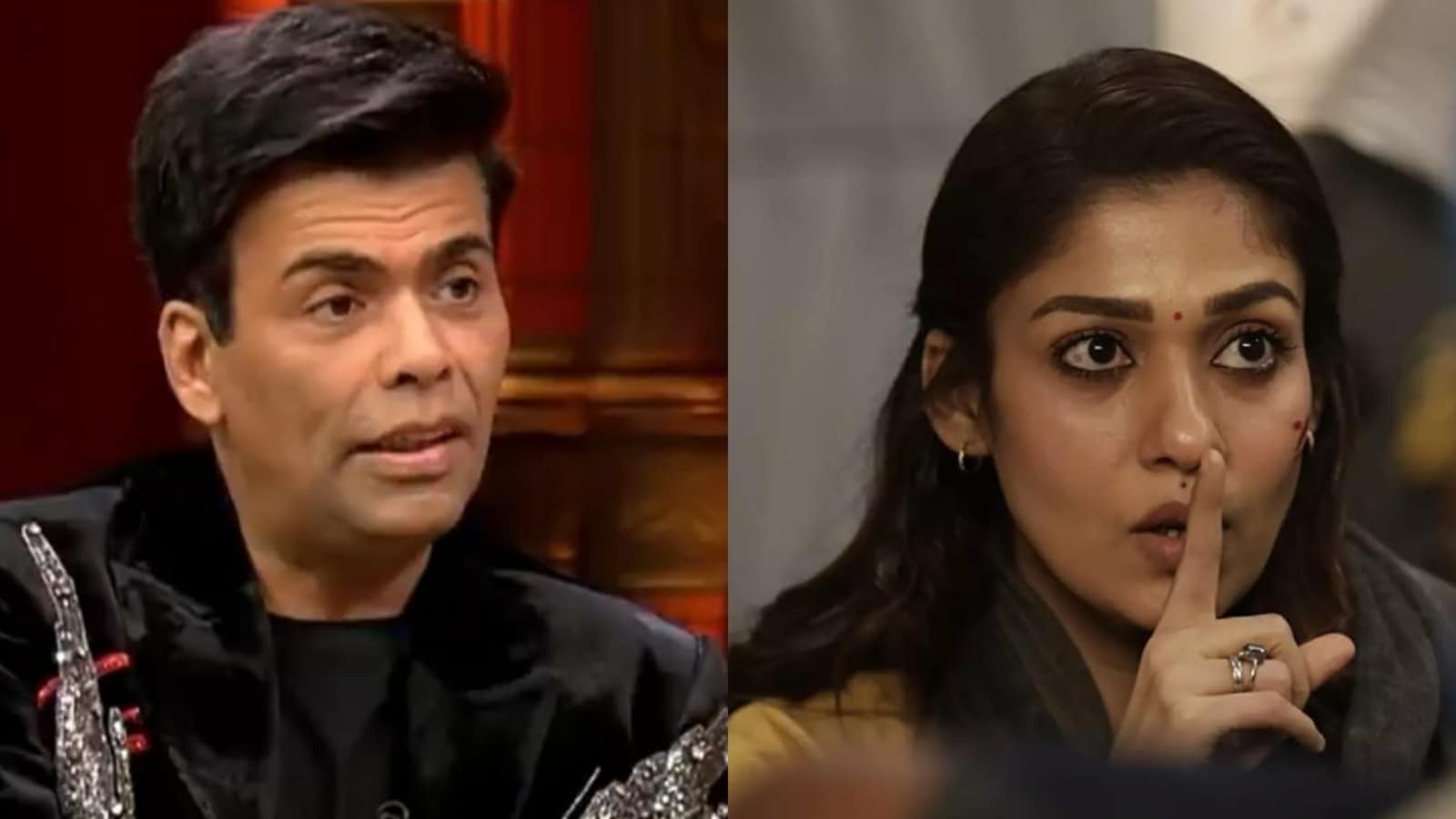 Samantha Ruth Prabhu made her debut on the talk show Koffee With Karan on Thursday, as she appeared alongside Akshay Kumar. In the hour-long episode, Samantha spoke about her life, career, and even divorce with actor Naga Chaitanya. However, one particular exchange she had with host Karan Johar hasn’t gone down too well with some fans. To be clear, the fans aren’t miffed with the actor but Karan, as they feel the filmmaker ‘belittled’ Samantha’s co-star Nayanthara on the show. Also read: Karan Johar denies favouring Janhvi Kapoor over Sara Ali Khan on KWK

At a point in the show, Karan asked Samantha who she thought was the biggest female actor in the South is currently. Referring to her recent release Kaathuvaakula Rendu Kaadhal, the actor said, “Well, I just did a film with Nayanthara,” implying that she thinks Nayanthara is the biggest actor across the four film industries in south India. To this, Karan responded, “Well, not in my list!” He then went on to refer to a recent list, brought out by Ormax Media, of top female actors in the country which had Samantha as the number one female actor in the country.

This fell foul with some fans of the actor, who said Karan Johar was ‘needlessly throwing shade’ at Nayanthara. The exchange was shared on several social media platforms. A comment on Reddit read, “Isn’t Nayanthara super well established like Kareena or PC level in the south? Yeh Karan ka problem kya hai Bhai (What is Karan’s problem)?” Many said Karan’s quick denial of Samantha’s compliment was rude and belittling to both actors. Some fans even pointed out that Karan’s next production Good Luck Jerry is actually a remake of Nayanhara-starrer Kolamaavu Kokila. “KJo I hope you do realize your remake of Good Luck Jerry is a remake of Nayanthara’s film,” wrote one fan.

Some comments even claimed that Karan is often passive-aggressive about the south film industries and their actors. “Why does he sound so jealous of Southern Film industry all the time? Even for the blockbusters, he was very passive aggressive,” read one comment. However, some redditors defended Karan saying he was merely mentioning the Ormax list but conceded that it was weird how he chose to do it. One social media user wrote, “He was referring to the Ormax list where Samantha was first so he was trying to say Samantha is bigger than Nayanthara, which is also weird while she’s trying to actively compliment Nayanthara.”

Nayanthara has been one of the leading female actors in the Tamil and Telugu film industries for years. She has often been featured in lists of the highest-paid actors in the country as well. Over the years, she has worked in blockbusters like Billa (2007), Simha (2010), Arrambam (2013), Iru Murugan (2016), Bigil (2019), and Annaathe (2021). She has also delivered several female-led hits, most notably Maya (2015). Her box office success has earned her the moniker ‘Lady Superstar’ from fans Nayanthara will soon make her Bollywood debut opposite Shah Rukh Khan in Atlee’s Jawan, which releases in June 2023.

Could your smartphone photos detect diseases? Google’s working on it | ZDNet

This digital marketplace has all of the art you need | ZDNet