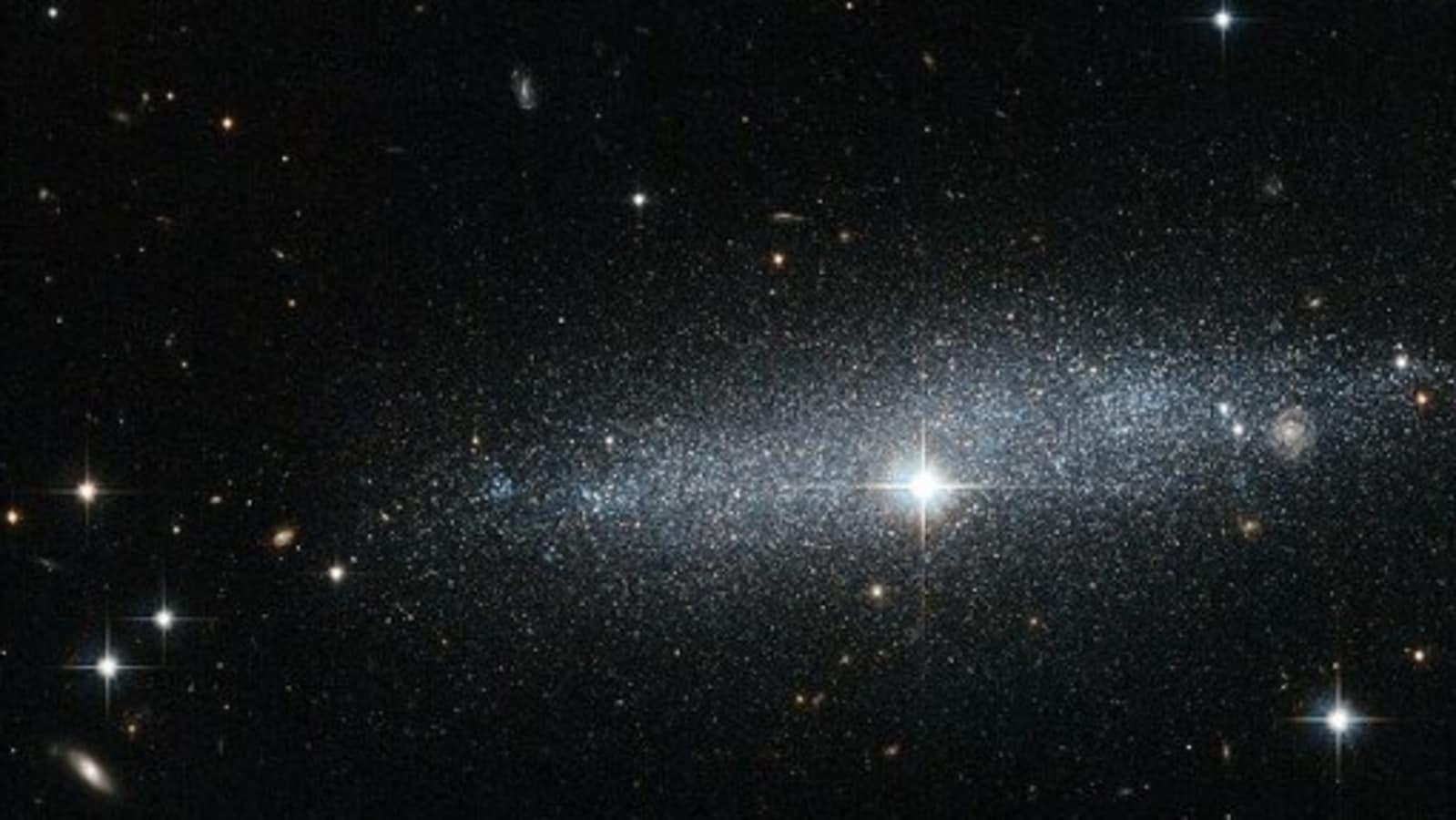 When it comes to social media, Nasa is always on track. The photographs and videos that the space agency often shares on its Twitter and Instagram feeds usually mesmerise space aficionados. It occasionally offers breath-taking images taken by various telescopes. Just like a recent post they shared, which includes a picture taken by the Hubble Telescope and showcases some galaxies that are lightyears away.

“A little glitter goes a long way,” starts the caption to it. “Millions of light-years, actually! In the middle of this picture is a sparkling galaxy, crisply captured by the @NASAHubble Space Telescope. You might notice, however, that there are quite a few stars that look much brighter than the stars contained within the galaxy. For example, there’s a shining star at the centre—actually, it’s a part of our own galaxy, the Milky Way. The star looks more luminous because it’s much closer to us,” it continues.

“While it looks like there are countless stars here, galaxies are mostly empty space. If, like here, they aren’t too dusty, we can see overlapping galaxies. In the top right corner is an elliptical galaxy. There’s also a spiral galaxy peeking through at the right-hand edge of the picture,” concludes the caption.

Take a look at the viral photo shared by NASA right here:

Since being shared some 12 hours ago, this post has already received above 5.69 lakh likes on it. It has also received various comments from space lovers.

An individual points out, “Spiral galaxy toward the bottom of the pic too!” “Space is a strange place, it’s amazing,” wrote another. “Time to wish for something special,” commented a third.