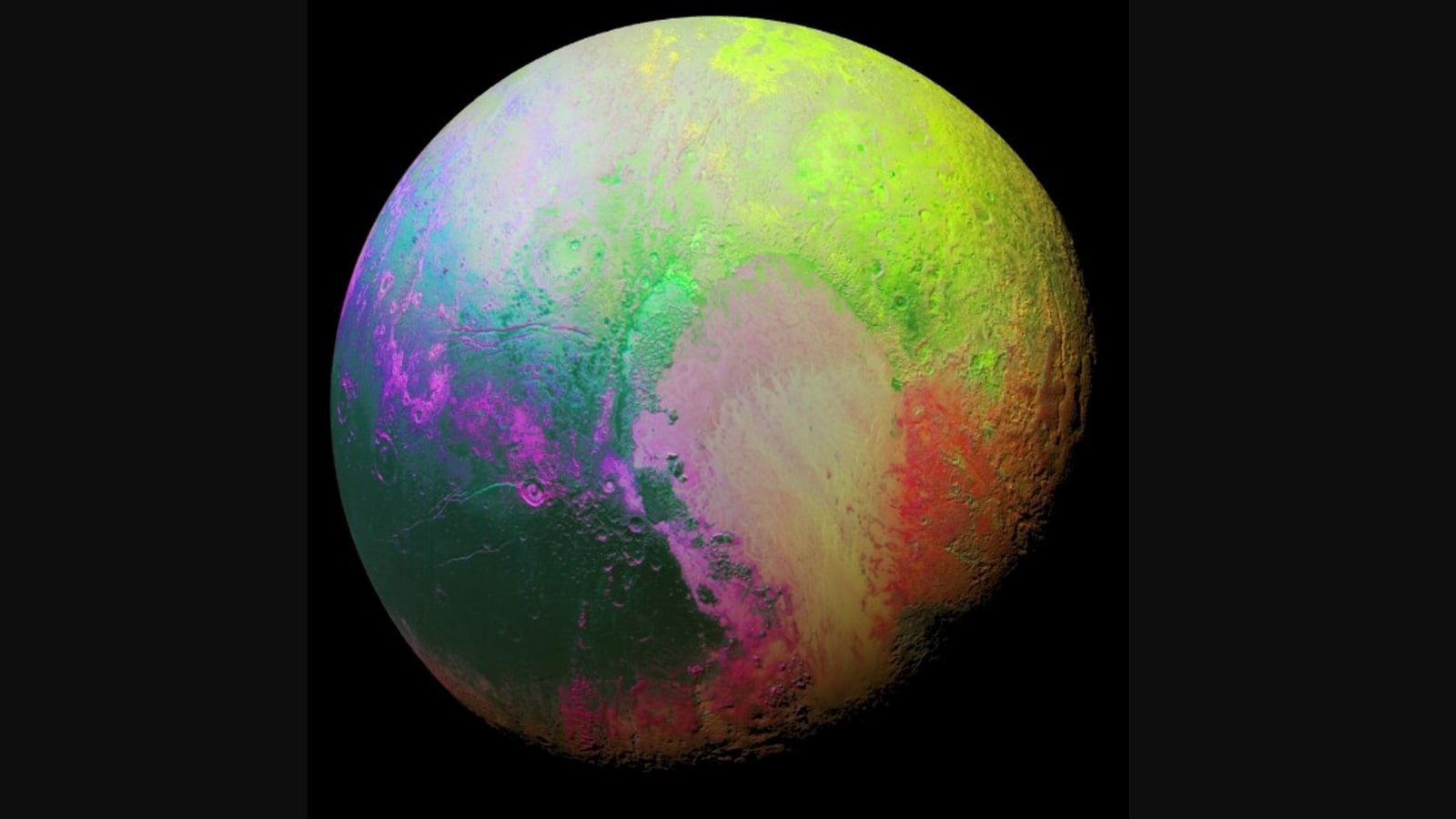 Nasa posts are not just amazing but educational too. Case in point, the recent Instagram post by the space agency that shows the planet Pluto in an absolutely new way. It shows the different areas of the planet in various colours and the result is incredible.

“Where does the rainbow end? Pluto isn’t really a psychedelic riot of colors—this translated color image was created by New Horizons scientists to highlight the many subtle color differences between the planet’s distinct regions. Pluto has a complex, varied surface with jumbled mountains reminiscent of Europa, networks of carved-out valleys, old, heavily cratered terrain sitting right next to new, smooth icy plains, and even what might be wind-blown dunes,” they wrote.

“New Horizons launched on January 19, 2006 and conducted a six-month-long flyby study of Pluto and its moons in summer 2015. The spacecraft continues to explore the distant solar system, heading farther into the Kuiper Belt,” the space agency added.

They also added a text describing the image in detail. “Pluto is shown in a rainbow of colors that distinguish the different regions on the planet. The left side of the planet is mostly blue-green with purple swirls, while the right side ranges from a vibrant yellow-green at the top to a reddish orange toward the bottom,” Nasa posted.

According to a Nasa blog, “Pluto is a dwarf planet that lies in the Kuiper Belt. Pluto is very small, only about half the width of the United States and its biggest moon Charon is about half the size of Pluto.”

The post has been shared about ten hours ago. Since being posted, it has accumulated more than 7.5 lakh likes and the numbers are only increasing. The share has also prompted people to post various comments.

“Omg! This is so beautiful,” wrote an Instagram user. “Great,” expressed another. “Rainbow planet,” commented a third.

Eternals 2 Might Be in the Works With Director Chloé Zhao

We trust cameras to record our memories. But they need to understand what life really looks like | ZDNet