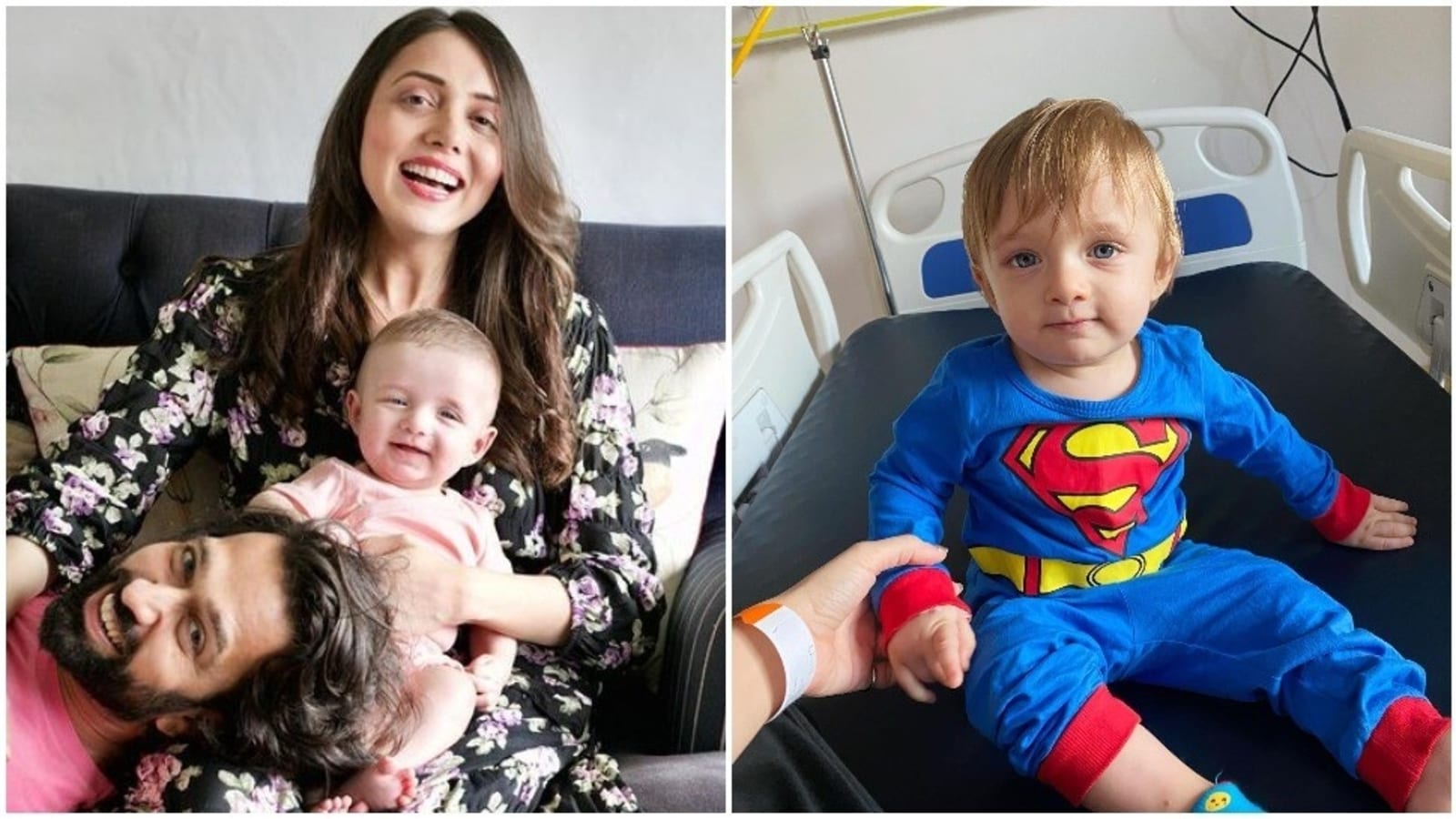 Actor Nakuul Mehta and his wife, singer Jankee Parekh opened up on the couple and their baby, son Sufi, fighting Covid-19 recently. In a new interview, the duo spoke about how they were initially asked by the doctors to monitor Sufi at home which they did along with giving him water sponges. However, they had to rush him to the hospital eventually after the temperature reached 104.2.

Nakuul Mehta said that he couldn’t enter the hospital with Jankee Parekh as he was Covid-19 positive then. He also said that even Jankee had already contracted the coronavirus. Speaking about Sufi, he said that the toddler’s ‘wrists had to be punctured’ and ‘IVs were poured’.

In an interview with The Quint, Nakuul said, “It was a crazy night. I was at home, on-call with her. She had started showing all symptoms, so her body had started breaking. He was very non-responsive, for someone who is very very active.

Jankee added, “The scary part was that when he had 104.2 fever, I checked him, and he was burning with fever and not moving. Usually, a parent would feel that when a baby is feeling uncomfortable, he would get up and cry. But this baby was not moving…Through the drive to the hospital, I was just tapping his face and calling his name. Just making sure that there is some kind of movement, he’s awake but he was just not moving.”

Nakuul said that four hospital staff members had to hold Sufi down to put the IV. Jankee said that the next day Sufi was taken to a Covid-19 hospital recalling that the baby’s ‘eyes just looked different’. Nakuul recalled their struggle and ‘hard days’ as Jankee was fighting her Covid-19 and he was quarantined at home.

On January 3, Jankee had shared pictures on Instagram with Sufi in the hospital. A part of her caption had read, “While most of you may know that my husband tested positive 2 weeks ago, I also got the symptoms a couple of days later. I thought not attending my sister’s wedding was the worse that covid could do to me, not realising that what I was about to experience in the coming week were to be the hardest days of my life, yet. Sufi started developing fever a day after I tested positive & it refused to come down in spite of water sponges and medication.”

It added, “His fever finally broke after 3 days. Having to single-handedly take care of Sufi 24/7 at the hospital felt exhausting. Little did I realise that a huge part of the fatigue & exhaustion was also because I was positive too. I will be forever grateful to my nanny who agreed to step in to the Covid ICU & take care of Sufi after the first two days as my body had almost given up.”