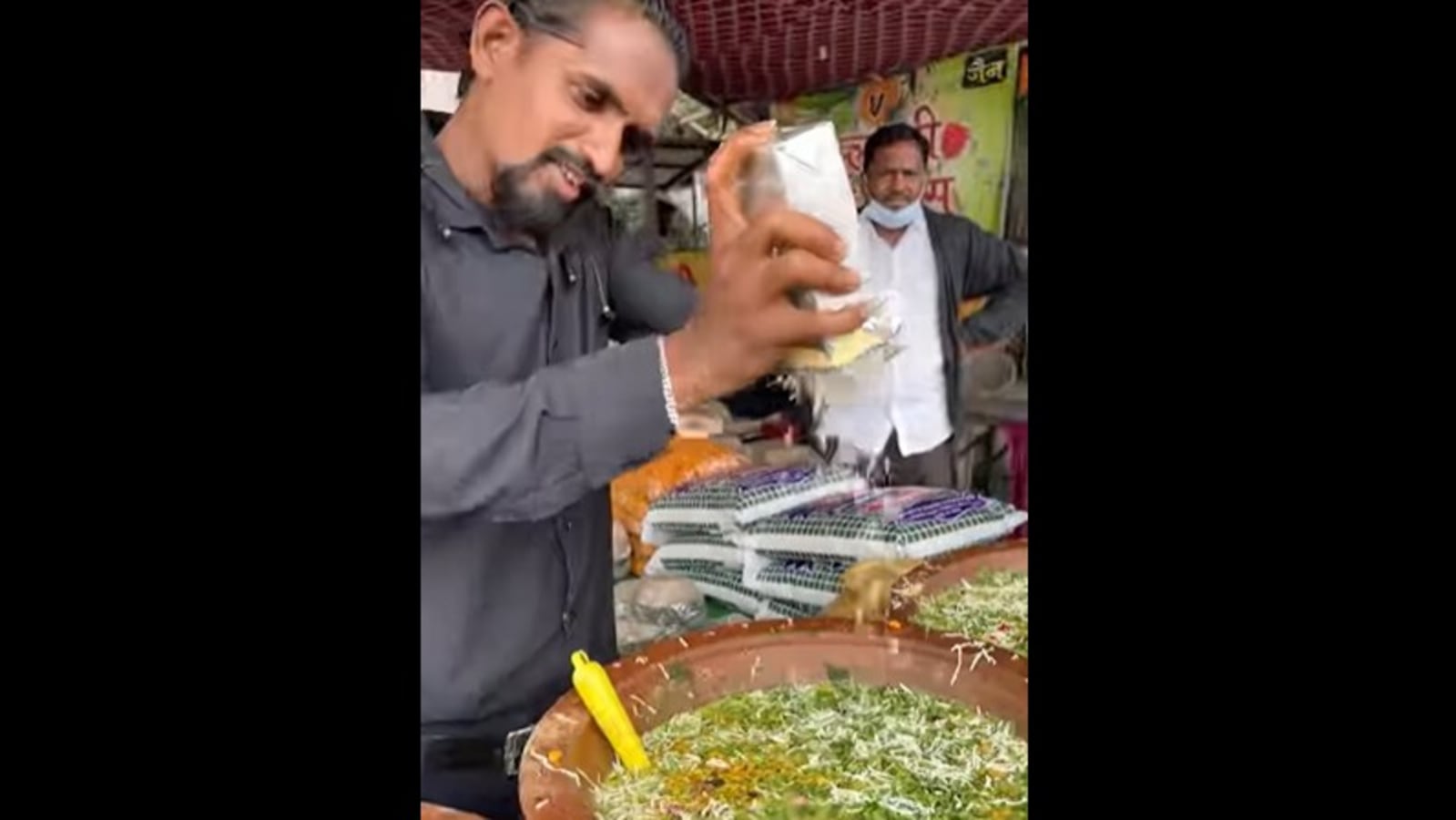 This video posted on Instagram shows how an eatery in Nagpur serves some good old paani puri but with cheese grated into the paani or flavoured water.

The Internet stays abuzz with videos of fusion foods. A lot of them make sense to people while a ton of others make people question their existence and ideas that go into the making of them. This video posted on Instagram by a food blogging page, shows a very weird kind of combination that involves both good old paani puri and some cheese.

The video was shot in Nagpur, Maharashtra and shows a man preparing to serve some paani puri at an eatery. There is nothing different about the preparation of the paani puri, other than the fact that the man keeps adding in some grated cheese into the very paani [flavoured water] that the paani puri will be served with. The people recording the video try to make sense of this and confirm the fact that he is, in fact, mixing in some cheese into the paani.

The video has left many with a very confused reaction and has gone viral. But probably not for the right reasons. The caption to this video reads, “Cheese wali paani puri kabhi dekha hai?” [Have you ever come across paani puri made with cheese?]

Since being posted on Instagram around seven days ago, this video has garnered more than 40,000 likes. It has also received several comments from Instagram users who could not digest the paani puri that was made with cheese.

Though some, of course, liked the combination and expressed their desire to try it themselves. “Wow,” commented an individual. “That’s so awesome,” posted another.

The 9 Biggest Web Series in May on Netflix, Hotstar, Prime Video, and Apple TV+

Save up to $2,000 on plane fares with a discounted Dollar Flight Club membership