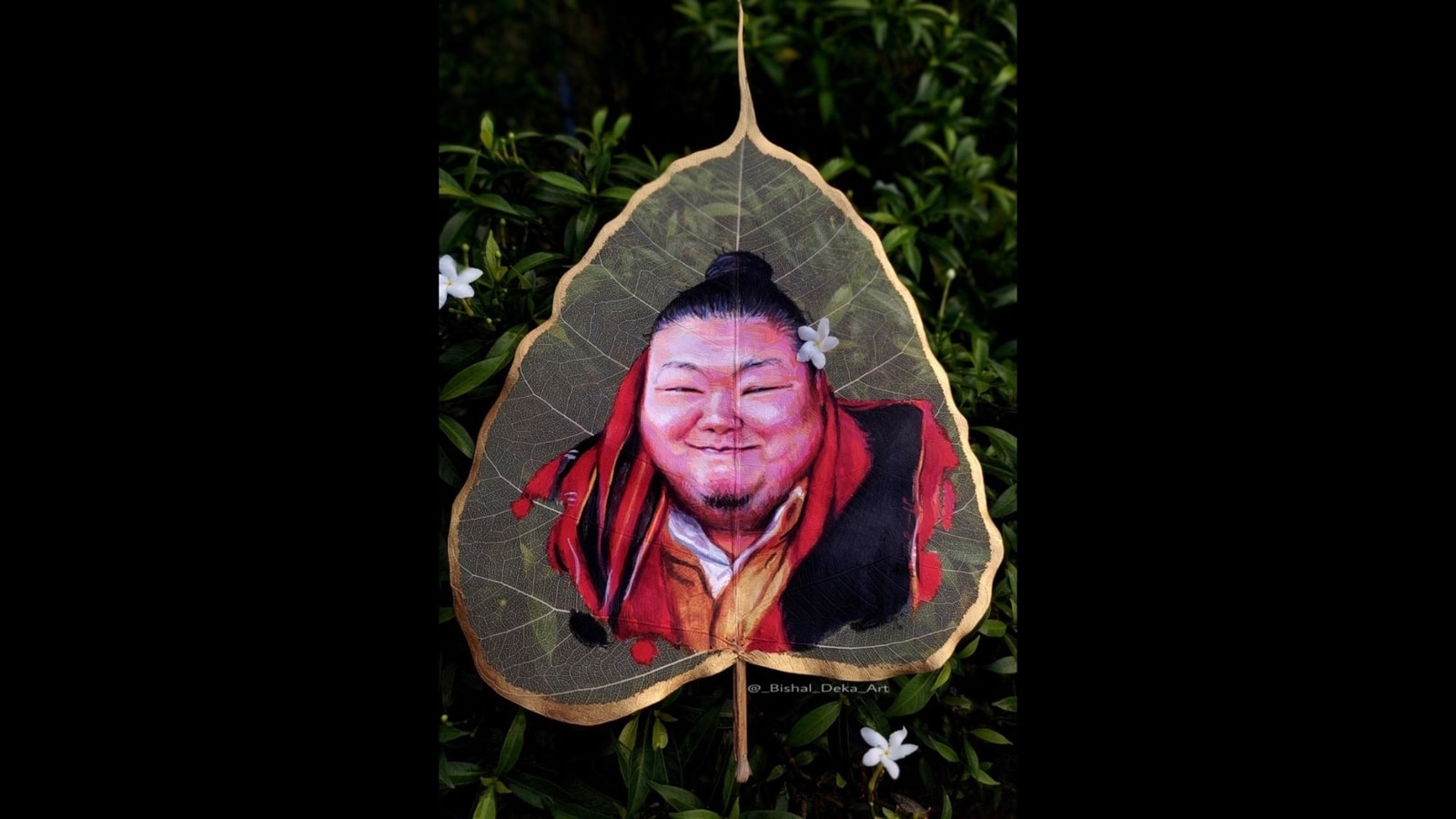 An artist named Bishal Deka from Assam has left the internet in awe after he drew a portrait of Nagaland Minister Temjen Imna Along on a peepal leaf, that too with acrylic colours. Yes, you read that right! He even shared the video of the entire process and photos of his artwork on his Twitter handle. The tweet soon captured the minister’s attention, who shared his artwork with a sweet caption and informed people that the painting was created on a peepal leaf.

“Ayalee! This is so sweet!” wrote Nagaland Minister while sharing Deka’s artwork. He added, “Thank you, @BishalDekaArt, for this beautiful and captivating piece of art! Guys you will be surprised to know that this painting has been created on a leaf of Peepal! His creativity has to be admired.” It also accompanied a folded hands emoticon.

Along later shared a video of Deka’s artwork and informed his Twitter followers that he would be using it as his DP to show his appreciation. “As a token of love and appreciation, I will be using it as my DP!” the minister wrote.

Temjen Imna Along’s tweet gained more than 5,600 likes and thousands of retweets. It also gathered several comments from netizens who were stunned by the artist’s amazing skills.

Gul Panag bagged law degree before Good Bad Girl: ‘I have no intention of practicing in future’