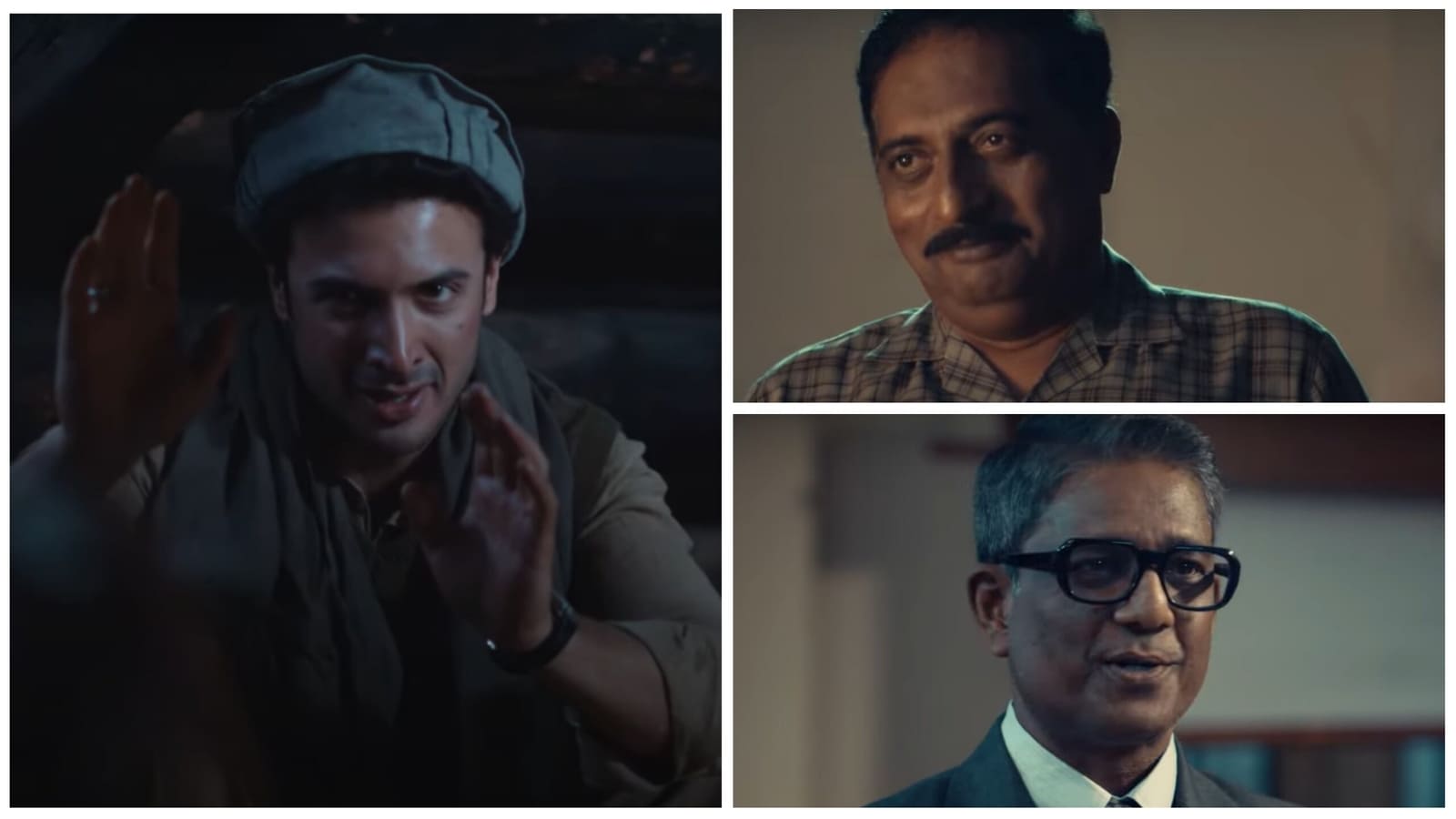 The trailer of Zee5’s upcoming spy thriller Mukhbir was released on Monday afternoon by the streamer. The show, which tells the story of an Indian spy embedded in Pakistan in the 1960s, is based on true events. The show stars Zain Khan Durrani in the titular role supported by a strong star cast. The trailer has been received favourably by the fans with many keeping their fingers crossed for a gripping thriller. Also read: Khufiya teaser: Tabu, Ali Fazal star in intriguing, dark first look of Vishal Bhardwaj’s spy thriller

The trailer opens on the India-Pakistan border in 1965, months before the war began, with Adil Hussain (who plays real life IPS officer Ramkishore Negi) informing Prime Minister Lal Bahadur Shastri that Pakistan’s acquisition of Patton Tanks is bad news for India. When the PM asks what the intelligence reports say about it, he is informed India has no agents in Pakistan to dig all that out. We are then introduced to intelligence officer Bhagat (Prakash Raj), who reveals he has an ‘asset’ that can help the nation.

Enter Kamran Baksh (Zain), a small-time thief and spy, who is tasked with going undercover to Pakistan to be India’s mukhbir in the proxy war. In Pakistan, Kamran balances espionage with some romance but soon, work takes over. Kamran must find out what Pakistan is planning before it’s too late for India to thwart their plans. But the real challenge is to not get caught in the process as well.

While the theme and tonality of the show is different, many fans noted how there were some similarities with another popular spy thriller from Bollywood–Alia Bhatt’s Raazi, which also had an Indian spy embedded in Pakistan to prevent a war.

Mukhbir – The Story of a Spy is directed by Shivam Nair and Jayprad Desai, Talking about the show, the director duo said, “In India, we haven’t dabbled much in the genre of ‘Historical Fiction’. Mukhbir, set against the backdrop of the 1965 Indo-Pak war and inspired by true events tells a fictionalised story of an Indian spy whose information helped India win the war. With the limbs of spy thriller, Mukhbir at its heart is a human drama.”

Doggo gets upset as human gives attention to new puppy in the house. Watch