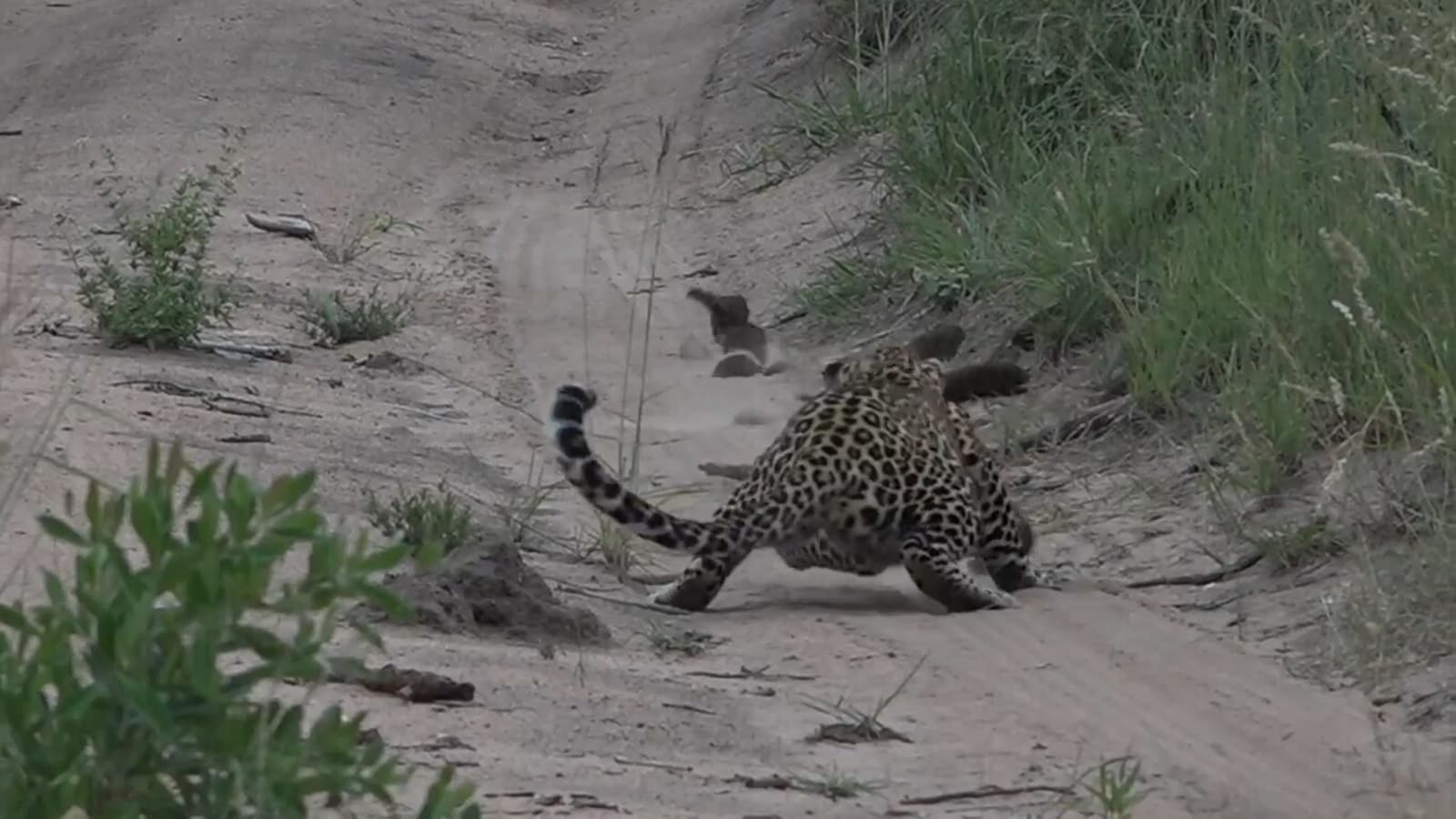 The video shows how a mongoose who had fallen behind its pack, escaped a young leopard because her movements were too slow to hunt.

The hair raising videos that show a narrow escape by a smaller animal from a larger wild animal are always interesting to watch. Many people often find themselves rooting for the smaller animal so that they can escape successfully as was done in this video by a little mongoose who happened to fall a little behind its pack.

The video opens to show a young leopardess lying on the ground and measuring up her prey. The person recording the video is also heard narrating what is happening as it does. The leopard lies absolutely still for a few seconds before she gets up and pursues her prey, a pack of mongooses. But since she is still young and learning to hunt, her movements are quite a bit slower than what is required to hunt in the real world.

By the end of the video, viewers can observe that all of the mongooses run away and even the last one who was a little behind the whole pack, manages to do so. The leopard gets a little upset at the fact that she could not hunt successfully, but it is quite satisfying to watch the mongoose being able to escape.

Watch it for yourself:

Ishaan Khatter reveals his strategy to win Koffee With Karan rapid fire round: ‘I will just say sex every 10 seconds’