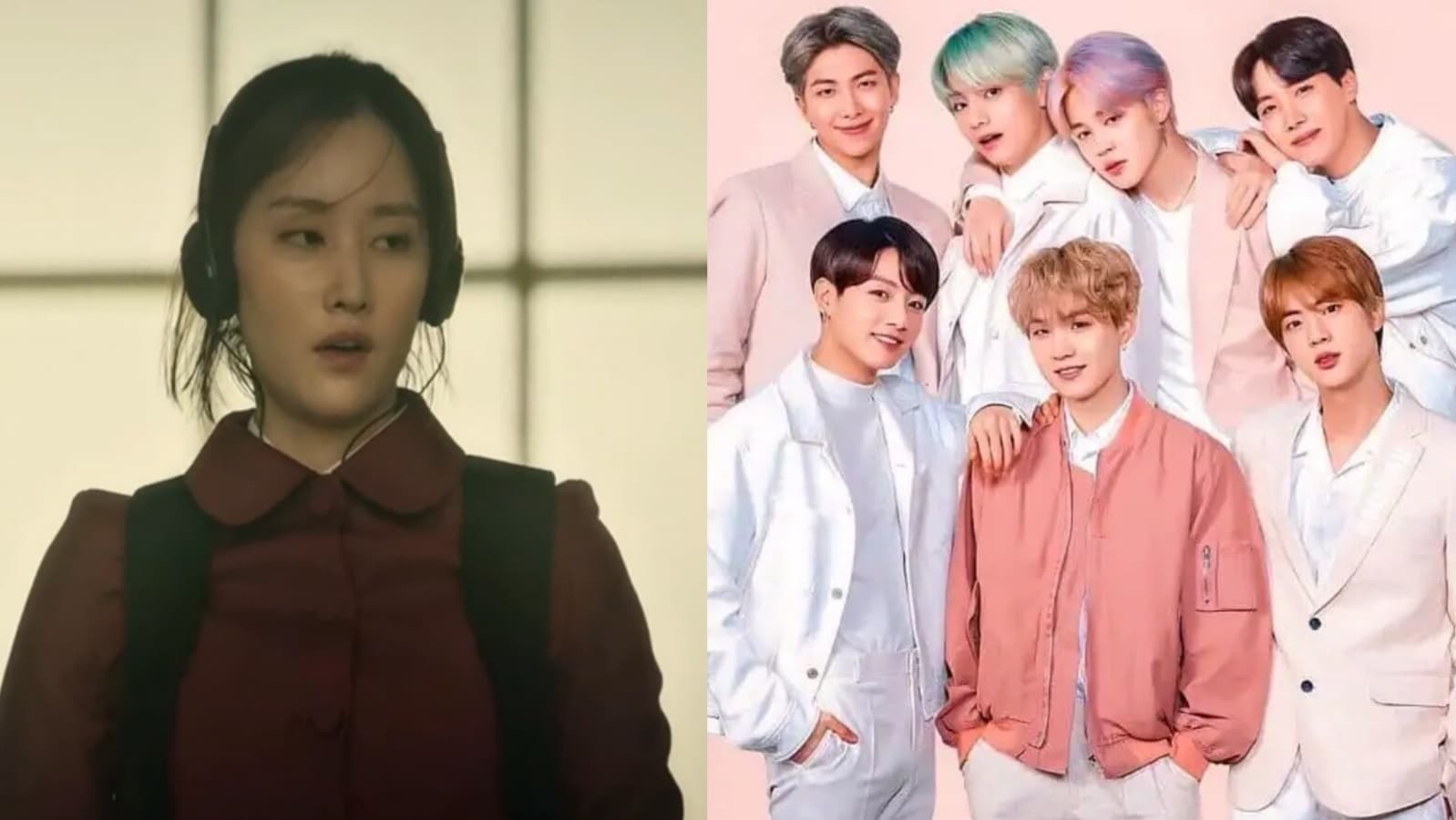 On Friday, much anticipated South Korean adaptation of the hit Spanish series Money Heist, Money Heist: Korea – Joint Economic Area, was released on Netflix. While the series has grabbed attention of existing fans, it has also created a storm among BTS fandom, ARMY, for featuring a BTS song. A video of the same is being shared by fans on Twitter. (Also read: BTS’ agency denies RM’s wedding rumours to a ‘non-celebrity’)

Money Heist: Korea has introduced actor Jun Jong Seo as Tokyo, inspired by the original series, as a BTS fan. She is seen listening and grooving to the tunes of BTS’ hit song DNA in North Korea despite people’s judgement. In a scene, she is heard saying, “Fans of K-pop group BTS, are called ARMY. They have members all over the world.”

Jun Jong Seo also adds, “Of course, there are ARMYs in North Korea too. Since I was a kid, I’ve secretly watched K-Dramas and I have always listened to K-pop.” She later reveals that she served in the North Korean Army, which sets her apart from other BTS fans. Reacting to the scenes, a fan wrote on Twitter, “We (fans) are famous.”

Another user added to the comments, “If this isn’t most of us when we’re caught vibing to BTS in public, sometimes it doesn’t even register my mind cause I’m just doing my little dances and suddenly when someone makes eye contact I pretend and stumble just like she did.” “One of my all time favourite shows is getting a Korean remake after I became obsessed with K-dramas and BTS and now they’re mentioned. I’m going to love this,” tweeted someone else.

The Korean adaptation is based on the plot of South and North Korea on the verge of unification. A Joint Security Area, located where North and South Korea are today divided, contains a mint which becomes the focus of the heist plan. It is directed by Kim Hong Sun and written by Ryu Yong Jae. It stars Yoo Ji Tae, Park Hae Soo, Jeon Jong Seo, Lee Won Jong, and Park Myung Hoon among others.

Lock Upp: Shivam Sharma says ‘how will God give you babies’ to Payal Rohatgi, Kaaranvir Bohra says he has ‘no class’