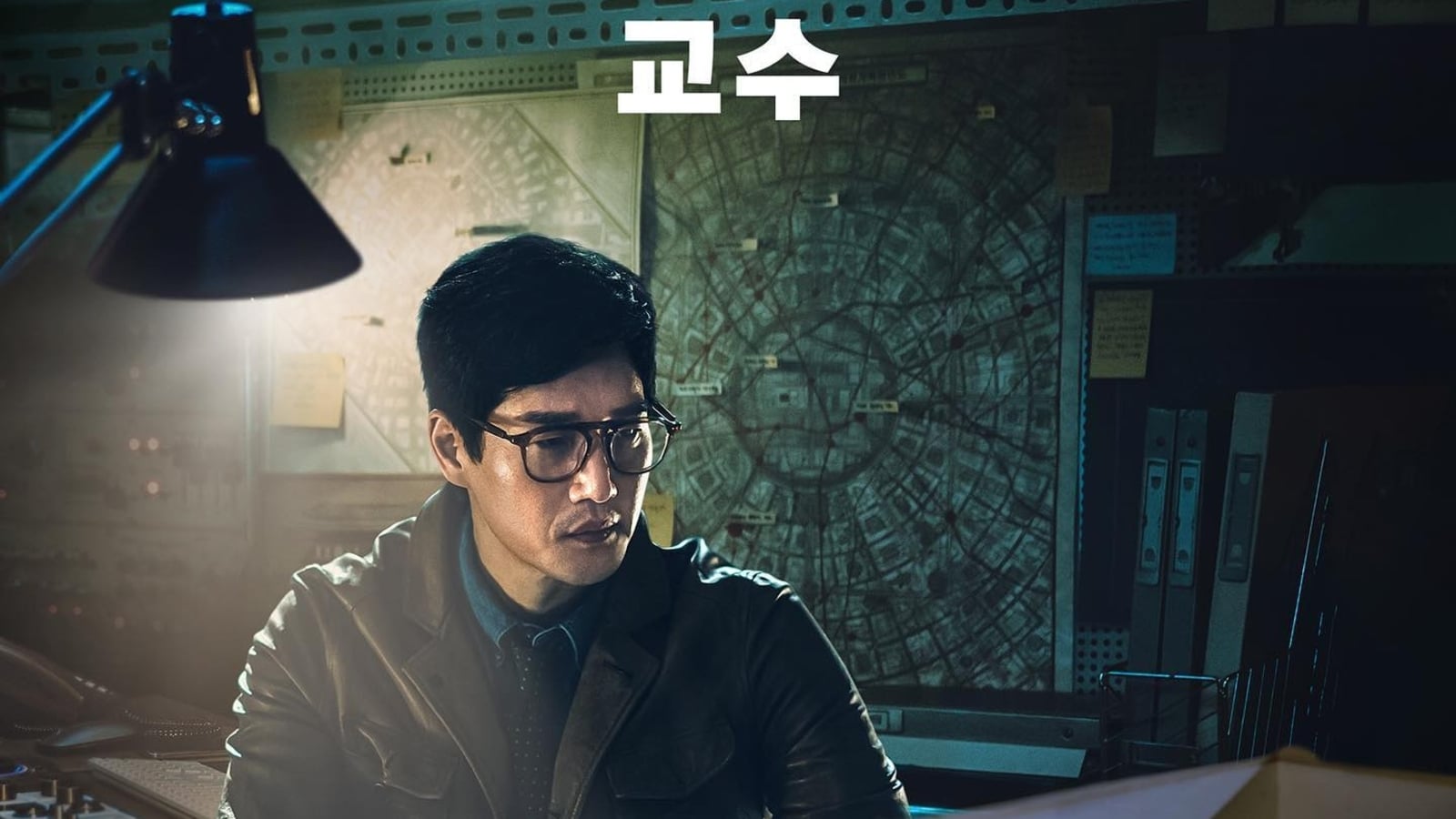 The first look of Yoo Ji-tae as Professor in the South Korean adaptation of hit Spanish series Money Heist was revealed on Friday. Taking to Instagram, Netflix Korea shared the first look of the actor-filmmaker, who will step into the iconic role of Professor, with two posters. While one of them is in Korean, the other is in English. The caption of the post read, “The Professor.” (Also Read | Money Heist Korean remake casts Yoo Ji-tae as Professor, Jeon Jong-seo as Tokyo; Fans think this actor plays Arturo)

In the poster, Yoo Ji-tae looked lost in thoughts, as he has a gloomy expression. He is dressed in a blue shirt, tie and leather jacket. The actor, who is known for being a part of several famous K-dramas, such as Ode to My Father, Seven Days, and Money, also wore dark-rimmed glasses.

Yoo Ji-tae’s character is similar to that of Alvaro Morte, who played the same role in Money Heist, which came to an end with its fifth and final season in 2021. The Korean show is titled Money Heist: Korea – Joint Economic Area. The Korean take on the series features Yoo Ji-tae as a strategist criminal mastermind who plans to pull off a heist in the Korean Peninsula. The show will debut on Netflix on June 24.

In April, Netflix had shared the release date for the first part of the new Korean-language adaptation on its social media handles, along with a teaser trailer. “Get ready for a bold new vision of the ultimate heist. ‘Money Heist: Korea – Joint Economic Area’ premieres June 24,” Netflix tweeted.

The series is set in a fictional Joint Economic Area, in a world where the Korean Peninsula faces reunification. Part one of the show, directed by Kim Hong-sun, includes six episodes. Hong-sun previously helmed TV dramas, like, The Guest, and Voice. Ryu Yong-jae and his team, whose credits include the Netflix original series My Holo Love and tvN series Psychopath Diary, have penned the show. Money Heist: Korea – Joint Economic Area is produced by BH Entertainment and Zium Content.

Shruti Panwar: Today, the pace of work has altered

Angel statue with intricate design made using chocolate will stun you. Watch