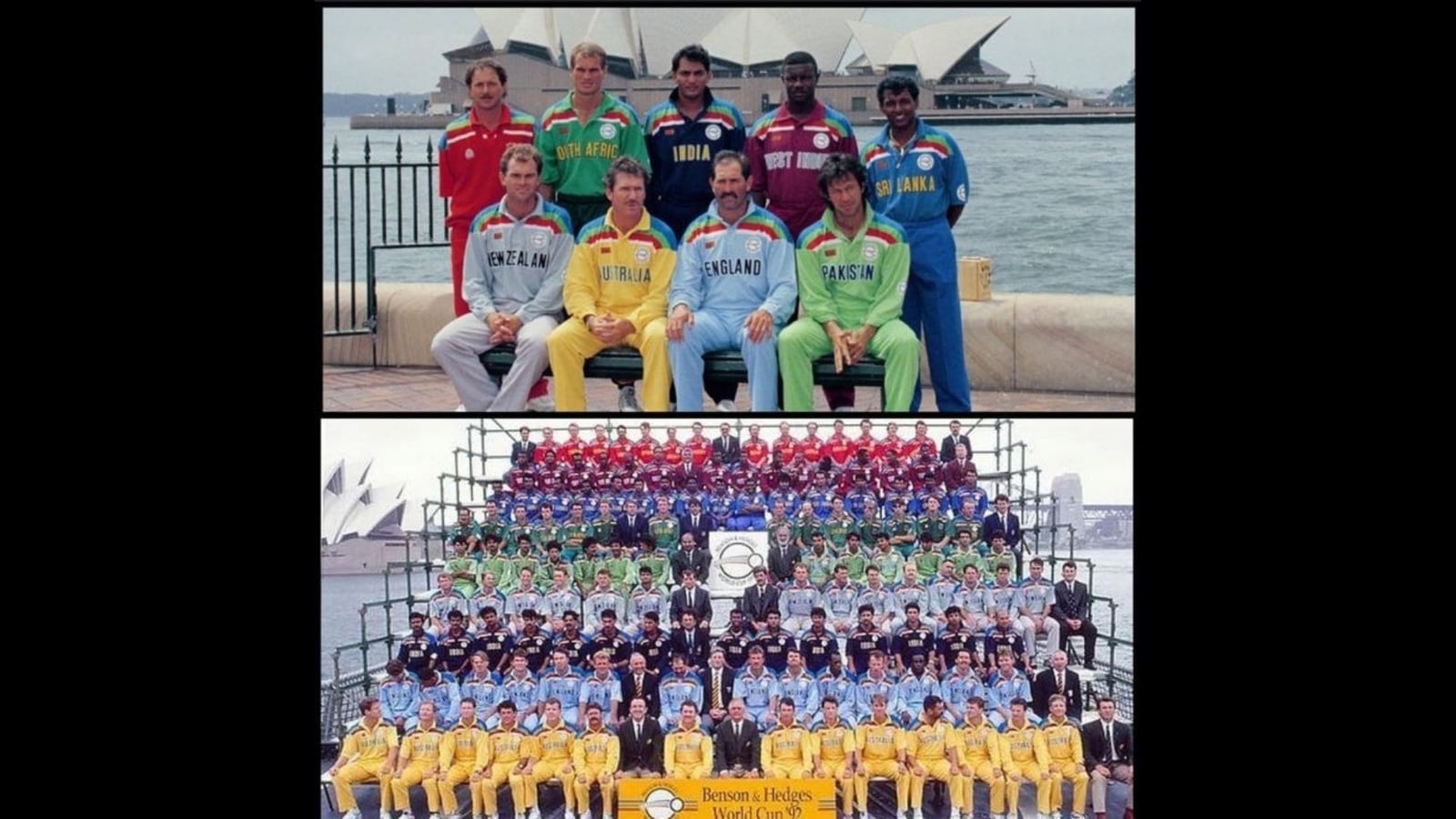 Mohammed Azharuddin shared the pic from 1992 World Cup on Twitter and it has now prompted people to post various replies.

Former India captain Mohammad Azharuddin recently took to Twitter to share a picture that has now created a chatter. He posted a picture from the 1992 cricket World Cup that took place in Australia and New Zeeland. Alongside, he also asked a question about the “greatest all-rounder” missing from the picture.

“1992 World Cup in Australia. At Sydney Harbour with the teams and their captains. The greatest all-rounder is missing in the picture. Can you guess who?” he tweeted while sharing the picture. He posted a spilt image which captures some of the most legendary cricket players from all across the world.

1992 World Cup in Australia. At Sydney Harbour with the teams and their captains. The greatest all rounder is missing in the picture. Can you guess who? pic.twitter.com/JU0dPAyR2q

The post, since being shared a few days ago, has gathered more than 22,000 likes and the numbers are only increasing. The share has also prompted people to post various comments. There were many who tried guessing the answer to Azharuddin’s question.

“Kapil Dev is missing from the group photo. Wonder why though,” wrote a Twitter user. “Sir, Kapil dev is missing, any specific reason?” expressed another. There were also a few who urged the legendary batter to share the answer. While replying to his own post, Azharuddin did exactly that. “That’s correct. Kapil paaji had to travel back to India for some urgent work and missed this photo op,” he wrote.

That’s correct. Kapil paaji had to travel back to India for some urgent work and missed this photo op.

A few also shared their sweet memories related to this particular World Cup. Just like this Twitter user who wrote, “This was the first World Cup I watched as a kid. Remember the India vs Pakistan game where we all kids watched in a friend’s house. That era of watching on a 14 inch black and white screen was different.” In response, another individual commented, “Same here.”

What are your thoughts on the picture shared by Mohammed Azharuddin? How long did it take you to guess the answer?

Watch Sylvester Stallone in the Trailer for Samaritan, Out August 26