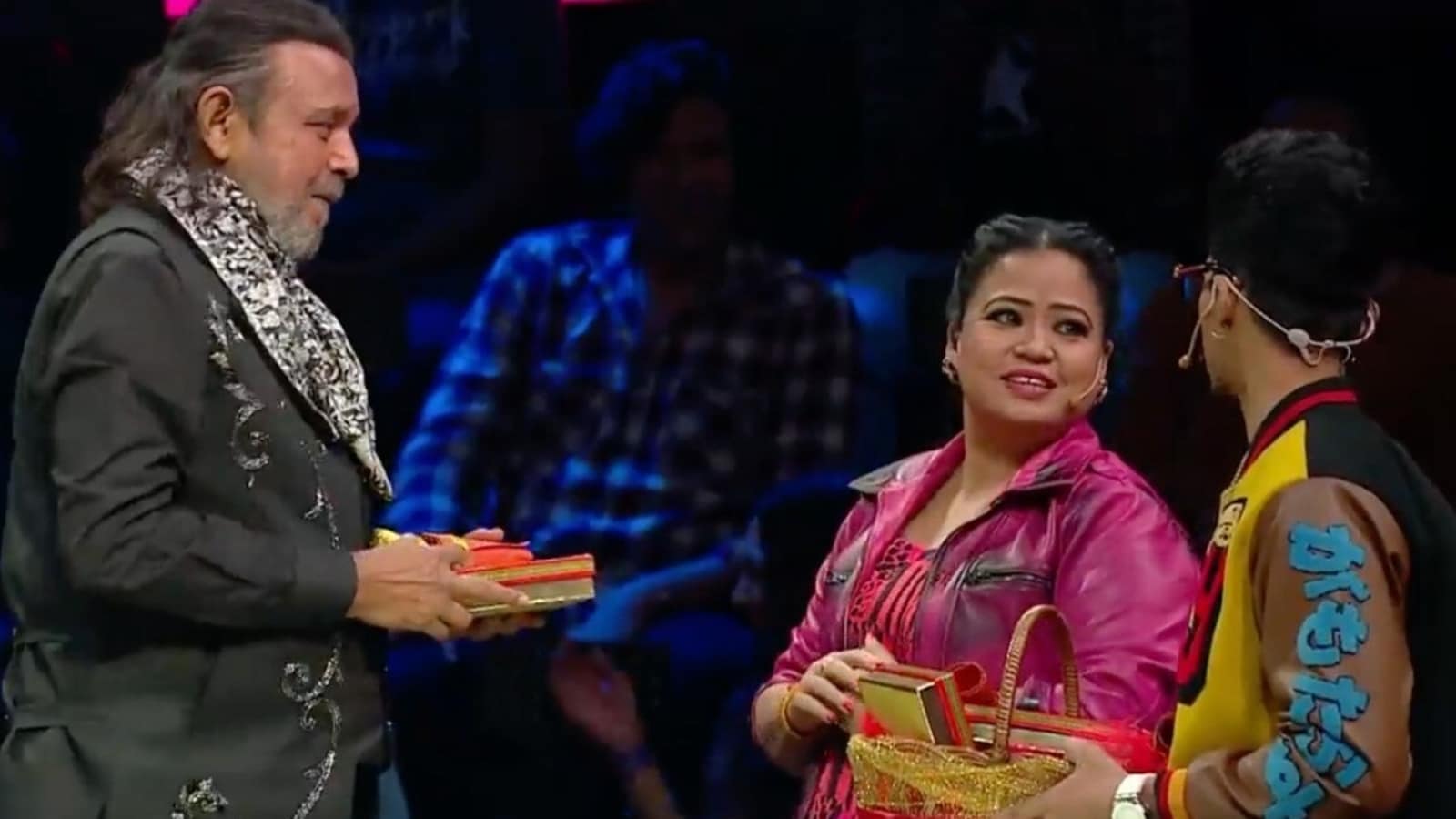 A new promo from Colors’ upcoming talent reality show Hunarbaaz shows hosts Bharti Singh and Haarsh Limbachiyaa addressing their recent pregnancy announcement. Bharti and Haarsh are expecting their first baby together and had made the announcement via a video on their YouTube channel.

Upon arriving on stage, Haarsh tells everyone how he had to face taunts on every show he would host. “When is it happening? It’s been four years since your wedding,” he revealed what people would say to him. A flashback clip from the finale of India’s Best Dancer showed how Mithun Chakraborty, who is one of the judges on Hunarbaaz with Parineeti Chopra and Karan Johar, asked Haarsh’s ‘hunar (talent)’ when Bharti butted in and said, “Chaar saal hogae shaadi ko, aaj tak apna hunar nahi dikha paaya (It’s been four years since our wedding and he has still not been able to show his ‘talent’).” Bharti said it while makes a cradling gesture with her arms.

Harsh says that the taunt hurt him and he felt angry. Bharti arrives on stage and says that all his anger was vented on her, talking about finally getting pregnant. “Dada, he showed his talent,” she said, while pretend-crying. The judges congratulated them from their seats.

Mithun blessed them as they touched his feet and accepted sweets from the couple. He, however, asked if he could say something that might not feel nice to Bharti. “Jab iski shakal dekhi thi na, mujhe nahi laga tha ye kar paega (When I saw his face, I didn’t think he had it in him to do this),” Mithun says as the audience breaks into laughter. Bharti and Haarsh could simply look at each other.

In the final part of the promo, Haarsh told Karan to keep a ‘contract’ ready. “After all, you will be the one to launch the baby,” he said as Karan laughed.

Hunarbaaz is talent-based reality show and is supposed to air from January 22.

Chrome’s new features will make your life so much easier