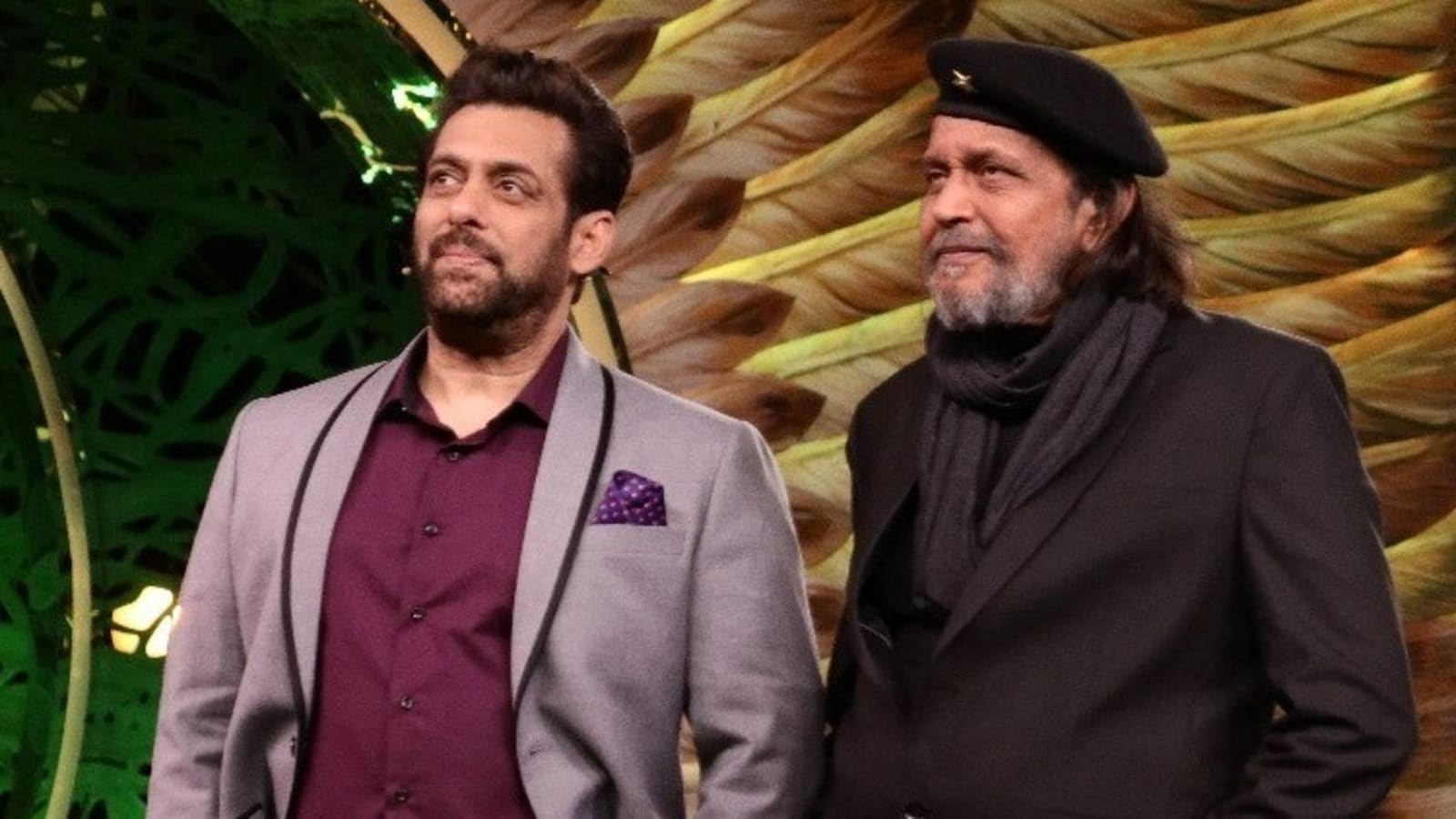 Mithun Chakraborty, Bharti Singh and Haarsh Limbachiyaa joined Salman Khan on Saturday’s Weekend Ka Vaar episode of Bigg Boss 15 to promote their show Hunarbaaz. While Mithun is one of the judges, Bharti and Haarsh will host the show.

Bharti pulled Mithun’s leg on Bigg Boss 15 and joked about having seen a few clauses in his contract with Colors. Imitating him, she revealed his first condition, “Chaaro taraf ladkiyaan hi ladkiyaan honi chahiye. Main ladko se briefing nahi leta (I should be surrounded by women. I don’t take briefings from men).”

“What is this? Kab kaha tha? Jhagda laga ke chhodegi yeh ghar mein, yaar (When did I say this? She will cause fights at home, yaar),” Mithun protested. Bharti went on to reveal his second condition, “Agar main show judge karunga, peeche ladkiyaan hi ladkiyaan honi chahiye, ek bhi ladka taali na bajaye, mujhe mazaa nahi aata (If I come on board as a judge, there should be only women behind me. No man should clap, I don’t enjoy it).”

Bharti then revealed Mithun’s final condition. “Agar hunar dikhane koi ladki aaye toh aake pehle kahe ki ‘Dada, main aapki bohot badi fan hoon’, aur main kahoon, ‘Teri jagah yahaan nahi, seene se lag. Aaja’ (If a woman comes to show her talent, she should call herself my fan, so that I can tell her that she is not meant for the stage but to be in my arms),” she said, leaving Salman in splits.

Hunarbaaz, which is also judged by Parineeti Chopra and Karan Johar, will feature people across the country showcasing diverse talents, ranging from dance to stand-up comedy to rapping.