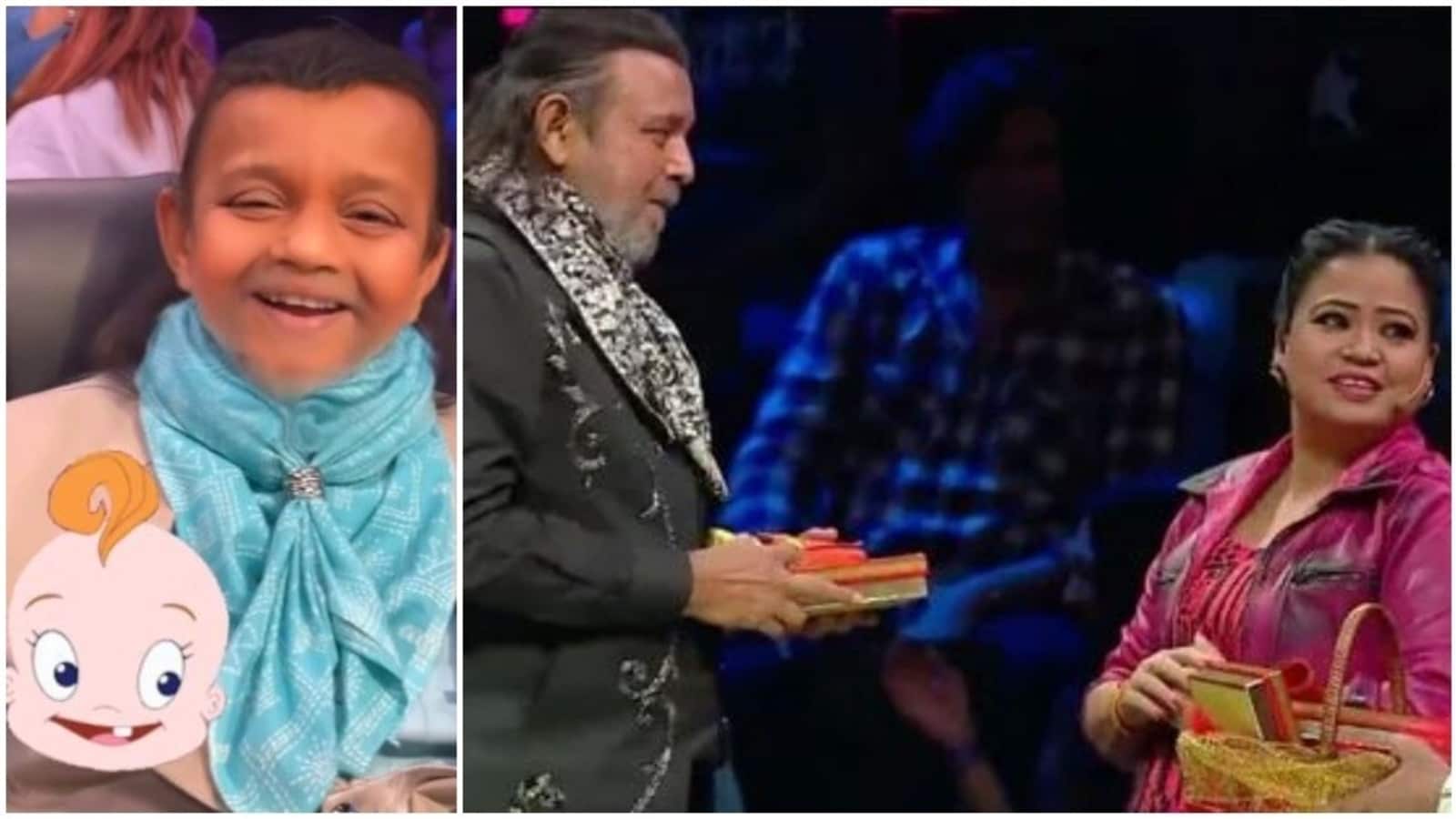 Comedian Bharti Singh teased actor and Hunarbaaz: Desh Ki Shaan judge Mithun Chakraborty as she put a baby filter on him. Taking to Instagram, Bharti shared a clip as she called him a baby and also asked a crew member of the reality show to change his ‘diaper’.

In the video, Bharti aimed her phone camera at Mithun Chakraborty, whose face to that of a baby due to the filter. Mithun, in the clip, was seated in the judges’ panel on the show.

Bharti then asked Mithun, “Kal ka episode chocolate pe karega? Paisa nahi mangega. Ale ale ale (Will you do tomorrow’s episode on chocolate? Will not ask you for money. Aww).” Mithun made a face at Bharti and then asked her to show him what she was filming on her phone.

Recently, in a video shared by ColorsTV on Instagram, Bharti was seen teasing the veteran actor. “Look at Mithun Chakraborty. He’s picking out the biscuit, from between his teeth, that he had eaten earlier. This is a hard-working guy who doesn’t want to let go of his stuff.” The camera then turned towards Mithun, who was seen busily picking his teeth.

Currently, Mithun, along with actor Parineeti Chopra and filmmaker Karan Johar is part of the jury panel of the talent reality show. Bharti and her husband Haarsh Limbachiyaa are the hosts of the show.

Last month, Bharti and Haarsh announced that they are all set to embrace parenthood as they are expecting their first child together. She took to her YouTube channel called LOL Life Of Limbachiyaa’s and shared the news with her fans and followers by uploading a video titled Hum Maa Banne Wale hai. The couple tied the knot on 3 December 2017 in an intimate ceremony in Goa.

American Airlines decided to be honest with customers. They may not like it