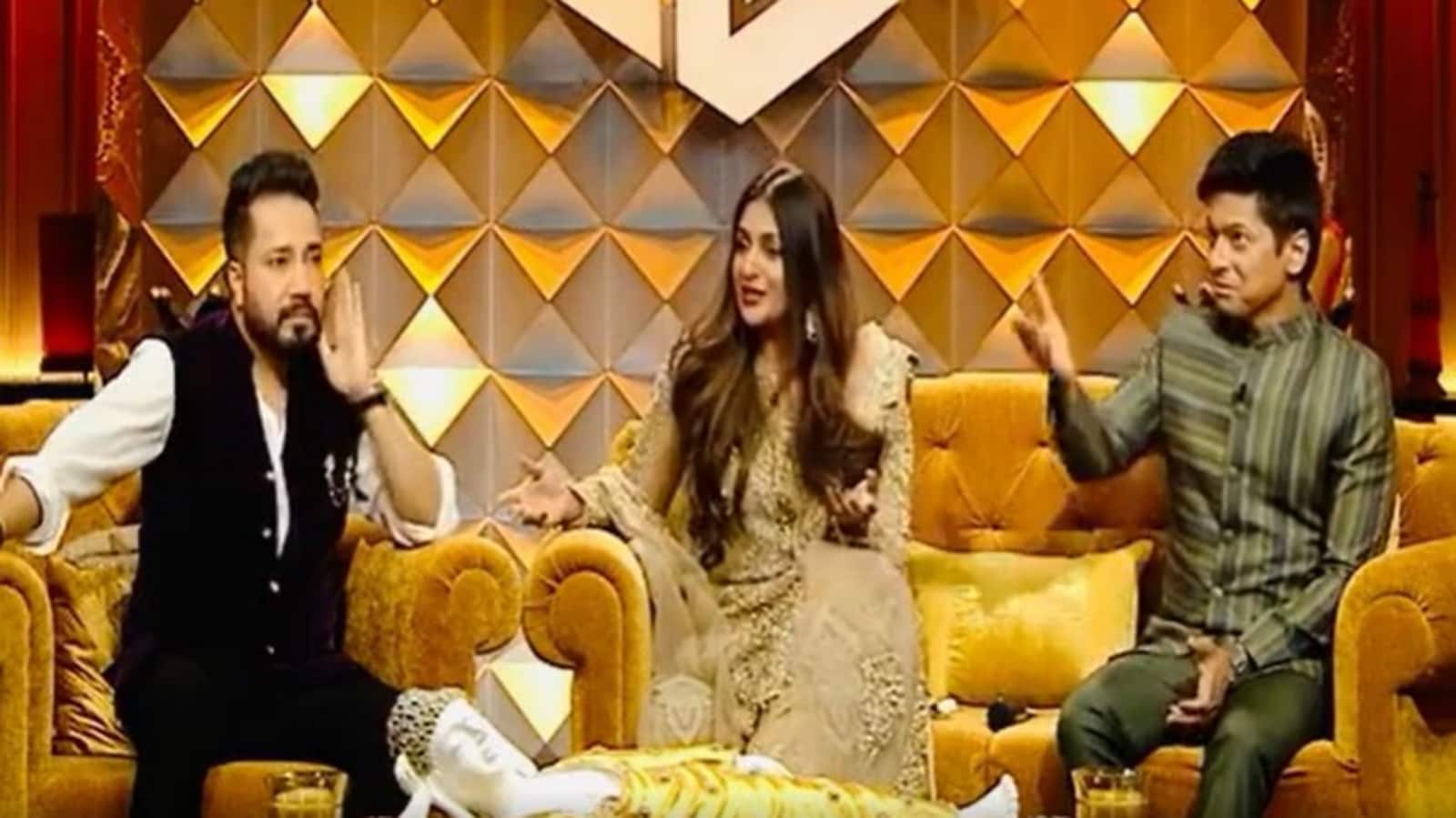 Mika Singh is ready to marry. The singer, who said he had ‘never heard of speed-dating’, tried it for the first time on Swayamvar Mika Di Vohti. Mika is searching for a bride on the reality show, hosted by singer Shaan. In a video Mika shared on Wednesday, the two singers were joined by actor Divyanka Tripathi, who guided the contestants on the show on how to ‘win Mika’s heart’. Read more: Mika Singh says ‘women will obviously come on Swayamvar for my name and fame’

Sharing a video from the show, Mika wrote, “Guys I have never heard of speed-dating, but my dear Divyanka Tripathi gave some valuable tips to all my dulhaniyas! Witness this newest form of dating on #mikadivohti.”

In the clip, Divyanka was seen introducing a new task for the contestants – single women looking to marry Mika – on the show. “You will get a lot of opportunities to go on dates with Mika paji (brother). But why not do something more instant, because this is the time when everything that is instant works, be it instant noodles or instant messaging. So, you should try speed-dating… All you have to do is win his heart jaldi jaldi (quickly).”

Many contestants on the show reacted to the task with enthusiasm, while some were also apprehensive, as like Mika, they, too, had ‘never done speed-dating’. While one contestant said she ‘never had to impress a guy by going on a speed-date’, another contestant said many on the show were ‘pretending’ to not know what speed-dating was, as they wanted to project themselves as ‘Sati Savitri (goodie two-shoes)’.

Earlier in May, Mika unveiled a promo of Swayamvar Mika Di Vohti. The video showed Mika meeting single women, who were looking for a groom. During their first meeting with Mika, many contestants brought him gifts, while some even confessed their love for him.

Meanwhile, in a March interview with Times of India, Mika said that earlier he was not ready for marriage, because of his work commitments. But after consulting with elder brother, singer Daler Mehndi, Mika felt it was time to settle down. “I was not ready earlier. I have said no to at least 100-150 rishtas in last 20 years, and my work was really important to me,” the singer said.

Hasan Zaidi: Ramzan is a time to detoxify our mind and soul