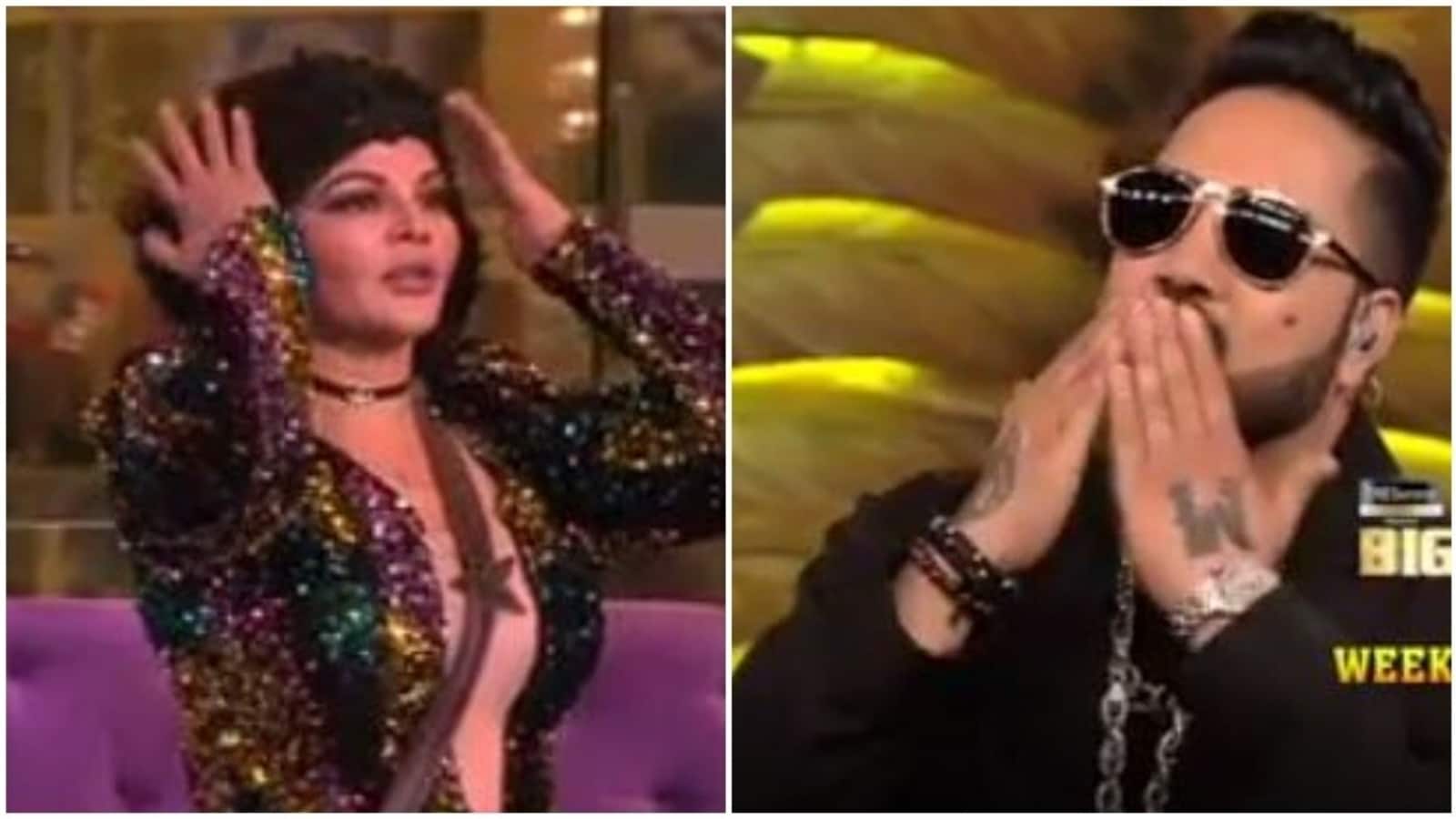 Salman Khan, actor and host of Bigg Boss 15, teased the reality show contestant Rakhi Sawant, and singer Mika Singh, over their kiss controversy. In a new promo video shared by ColorsTV on Instagram, Mika featured as the guest on the show on the Weekend Ka Vaar episode.

In the video, Salman next said, “Birthday kiss toh banta hai yaar (A birthday kiss should be given).” At this, Mika sent out a flying kiss to Rakhi and she obliged with the same gesture.

Next, Rakhi was heard saying, “Inka next time birthday kab hai main janna chahti hoon (When is his next birthday I want to know).”

A promo shared on Friday by ColorsTV showed Mithun Chakraborty will also appear as the guest with Mika. The video showed Mithun and Salman grooving to Disco Dancer. “East or west, Mithun da is the best. Koi shaq (Any doubt)?” Salman asked as he imitated Mithun. Salman recreated a few of Mithun’s lines and he protested, “Main hi kyun target hota hoon baar baar (Why am I always the target)?”

Over a decade ago, at the birthday party of Mika in 2006, he had kissed Rakhi without her consent. Mika had said that he asked his guests not to smear cake on his face but she did it. After that, he decided to ‘teach her a lesson’ by kissing her forcibly. The singer was arrested on molestation charges and released on bail later. But last year, Rakhi and Mika reconciled – they bumped into each other last year outside a coffee shop. She had then bowed to touch his feet.

How long does it take for my credit score to increase?