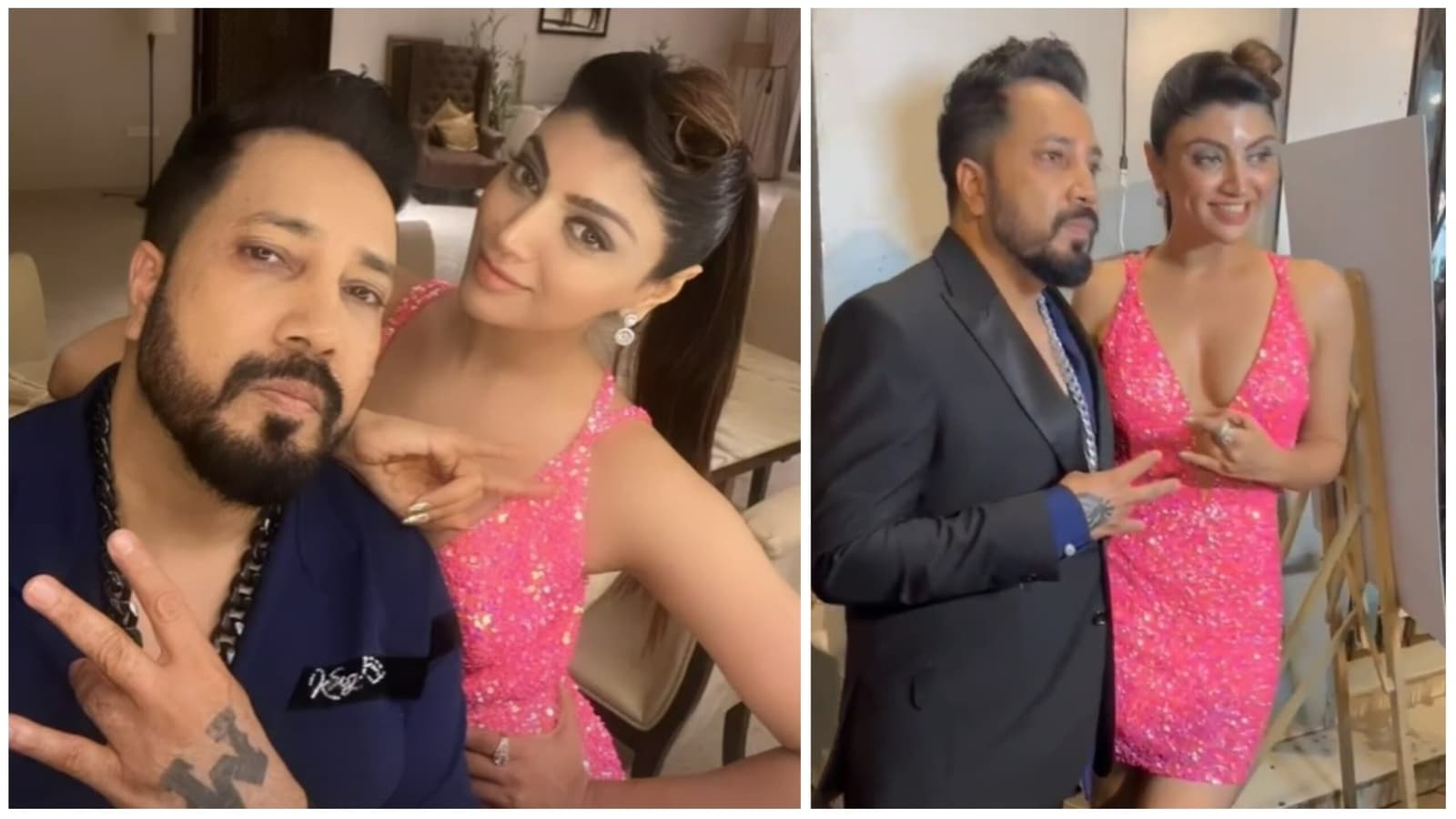 Singer Mika and actor Akanksha Puri finally went on a date off the camera after the show Swayamvar: Mika Di Vohti came to an end on Sunday. Mika chose Akanksha, who also happens to be his old friend, as his bride on the show. The two were spotted at a restaurant in Mumbai on Monday. Also read: Mika Di Vohti: Mika Singh chooses Akanksha Puri as his wife during swayamvar, she shows off her mehendi

A paparazzi account on Instagram shared a video of the two of them. While Mika was in a black suit paired with a blue shirt and a big locket, Akanksha posed alongside him in a short pink dress.

Akanksha also shared a selfie from their date night on her Instagram Stories and captioned it, “Love you all for your blessings and best wishes.”

Akanksha Puri has featured in a few television shows and films down South. She is known for her role of Goddess Parvati in Vighnaharta Ganesha.

Akanksha joined Mika Di Vohti much later as a wild card entry and had to face competition with co-contestants Prantika Das and Neet Mahal. Some of the viewers have called the show scripted as Akanksha happens to be Mika’s friend since more than a decade. A viewer commented on their video from Monday, “They were already a pair before going inside, just the show made it official.” Many called it “scripted”.

Meanwhile, Akanksha told ETimes that she was aware of scrutiny over her participation and win but didn’t budge as this was “the most important decision” of her life. She said, “It’s been quite long since I dated someone, I am so happy I have romance in my life now which I was majorly missing. I want to go all out this time. We definitely are a very powerful couple and we are all set to paint the town red with our love story.”

Talking about her bonding with Mika, Akanksha said, “My journey with him has been most comfortable till now. He gives me comfort in more than one way. He is my happy space and will always be.”

Earn more from remote work by starting a side hustle | ZDNet