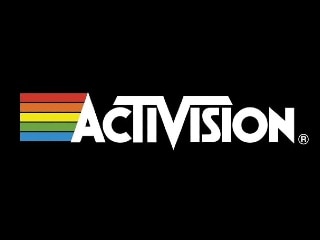 Microsoft President Brad Smith said on Tuesday the company had offered to agree to a legally-binding consent decree with the US Federal Trade Commission to provide Call of Duty games to rivals including Sony and others for a decade. The development comes as Microsoft is seeking approval for its $69-billion (roughly Rs. 5,66,800 crore) takeover bid for video game publisher Activision Blizzard.

Microsoft, which owns the Xbox console and game network platform, said in January 2022 that it would buy Activision for $68.7 billion (roughly Rs. 5,64,474 crore) in the biggest gaming industry deal in history.

The deal has drawn criticism from Sony, maker of the PlayStation console, citing Xbox maker Microsoft’s control of games such as the Call of Duty series.

FTC and Activision Blizzard did not immediately respond to a request for comment on Tuesday.

In a move to blunt criticism, Microsoft this month entered into a 10-year commitment to bring Call of Duty to Nintendo platforms. The company made the same offer to Sony.

Earlier this month, the Biden administration moved to block Microsoft’s bid to buy Activision, throwing a stumbling block in front of the tech giant’s plans to rapidly expand its portfolio of popular games and catch up to bigger rivals.

The deal is also facing scrutiny outside the US. The European Union in November opened a full-scale investigation, while the EU competition watchdog said it would decide by March 23, 2023, whether to clear or block the deal.

Britain’s antitrust regulator said in September it would launch a full-scale probe.

As of late November, Microsoft was expected to offer remedies to EU antitrust regulators in the coming weeks to stave off formal objections to the deal, people familiar with the matter said. The deadline for the European Commission to set out a formal list of competition concerns, known as a statement of objection, is in January.

Without Activision and its variety of games across mobile, consoles and PCs, Microsoft could struggle to attract users to its budding subscription service for accessing games. Drawing subscribers has become a priority for big tech companies as traditional growth sources such as ad sales become less reliable.