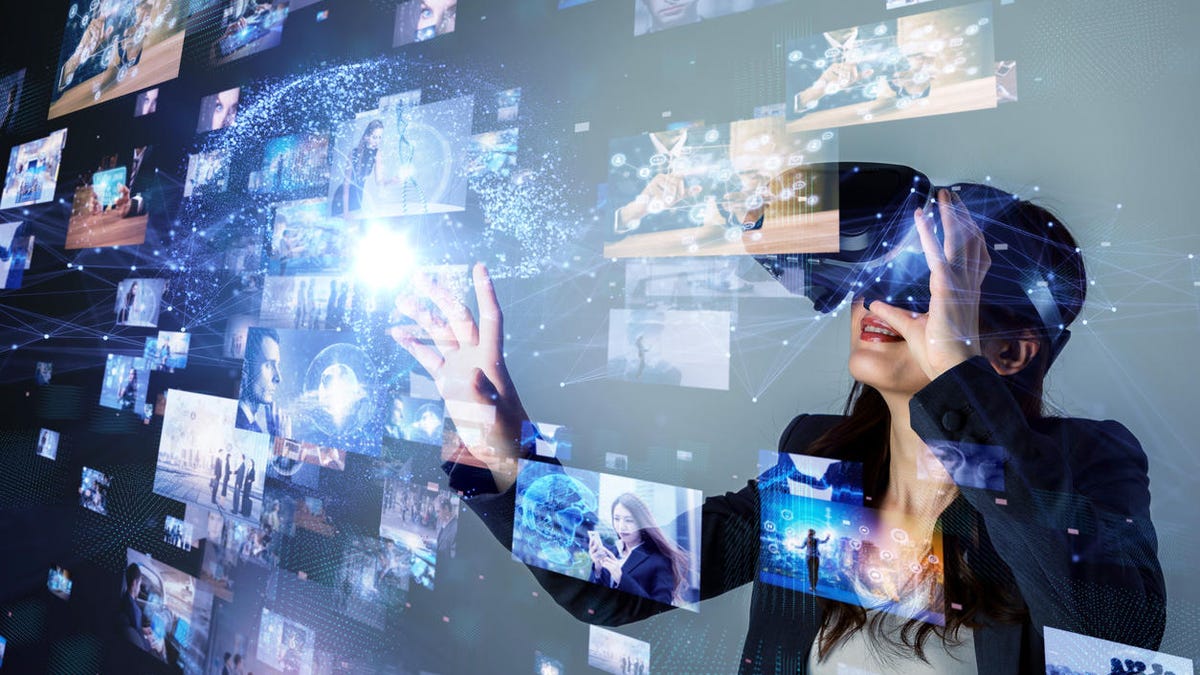 Few, if any, emerging technologies receive as much hype as the metaverse. Such is the excitement that 40% more companies mentioned ‘metaverse’ in their company filing documents during the first quarter of 2022, according to researcher GlobalData.

These pronouncements follow in the wake of Meta founder and CEO Mark Zuckerberg’s high-profile commitment to the metaverse. What once seemed like a shiny distraction now defines the company’s future, with Zuckerberg committing tens of billions of dollars to build the metaverse.

Other tech companies are piling in too, with Microsoft and chips specialist Qualcomm focusing on how they will develop hardware and applications for this space, and how their customers might benefit.

SEE: HoloLens chief Kipman is out. So what’s next for Microsoft’s metaverse strategy?

In its simplest terms, the metaverse is a network of 3D virtual worlds that uses technologies – such as virtual and augmented reality – to help people connect in richer ways than are possible in the traditional, flatter internet.

While tech companies have been at the forefront of early developments in the space, blue-chip enterprises are also starting to explore the concept, even if anything approaching widespread deployment might be a long way off, with GlobalData noting that a mainstream B2B metaverse “will be at least a decade away”.

Gaming and entertainment is among the most obvious initial opportunities for metaverse-style technologies. At Merlin Entertainment, CTO Lee Cowie says his company is keeping a “watching brief” and exploring how the technology might be developed.

One of the rides the company launched recently at Legoland Windsor has augmented reality built into a mobile app. Merlin also runs rides in virtual reality.

These tentative steps into the nascent metaverse show the likely direction of travel, says Cowie. But we remain a long way from a full, exploratory space.

“It’s too early to understand whether the metaverse is going to be a big thing or whether it is just another buzzword and marketing exercise,” he says.

“But I suspect it’s going to have enough momentum behind it that it will become a thing that we will want to be interested in.”

That seems to be the general consensus among other industry observers, too.

While the cash invested by Big Tech means the metaverse is likely to become successful eventually, no one should be expecting to collaborate with colleagues and friends in a rich virtual space tomorrow.

Distinguished Gartner analyst Mark Raskino suggests that the challenge of filling the human field of view with a realistic and immersive image space is an incredibly hard problem to solve.

In fact, such is the slow pace of development that some businesses believe there’s no big requirement to rush headfirst into metaverse pilots.

Milena Nikolic, CTO at Trainline, says her company hasn’t found the right use case for the metaverse yet, so remains on the outside looking in.

“It’s obviously the hot buzzword of the moment. I’m sure people will want to travel by rail in the metaverse and I’m sure eventually Trainline will be there enabling them to do that. But, for now, we’re not exploring it,” she says.

So, the key message from business leaders is that their organisations are interested in the metaverse, but their boards will want a strong use case before investing cash in research.

Tobi Ajala, creative director and founder at digital agency Techtee, is one industry expert who has spent time working with major brands to help them explore metaverse applications.

Ajala, who spoke at the Connected Consumer event held by Vodafone earlier this year, says her work suggests people will start to use some of the tools of the metaverse, such as VR and AR, in their everyday lives – and not in the way that is commonly perceived in the media.

“I do believe we’re going to spend a lot of time in the metaverse eventually, but it’s not what you think – it’s not about sweats, a comfy chair and sitting in front of a screen for 18 hours a day,” she says

“It’ll be about using smart technology in your day-to-day life. There will be a series of connected systems that make your physical life easier.”

One area where these developments might pay dividends is education, where the technology can help develop an immersive learning experience for students.

Mark Bramwell, CIO at Saïd Business School, says his IT department has had “early exploratory conversations” alongside the marketing department about how the metaverse might be used to deliver classes via augmented and virtual reality.

Bramwell says they’ve considered tangible applications, including helping people on Saïd’s MBA course – which includes 340 students from 60 different countries – to prepare for a move to the UK.

“We’ve started thinking about how maybe the metaverse could provide a virtual induction that would give students a way to meet their cohort in a gamified way and to tour the business school in a virtual world,” he says.

“So, it’s a little bit less daunting and a little less scary on day one when they’re physically with us. And who knows – thinking out the box – maybe a virtual university of the future might exist in the metaverse one day where it’s all online and virtual.”