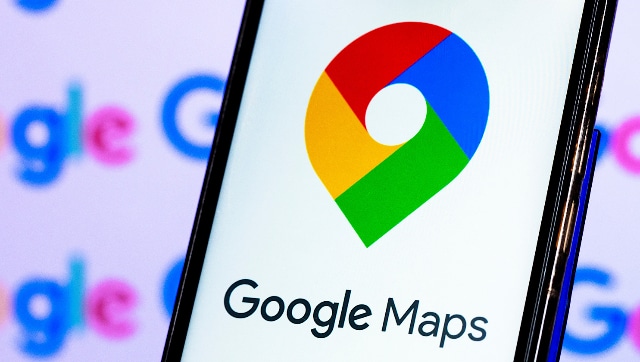 When it comes to digital maps, Google has a stranglehold over the dominion that has been difficult for any tech company to challenge seriously. Well, that may soon change, as Meta, Microsoft and Amazon Web Services have decided to partner with the Linux Foundation, and develop an interoperable and open data map.

Google will make over $4.5 billion through their Maps business alone this year. Since no tech company has been able to take on Google Maps, Meta, Microsoft and Amazon will be partnering up with other tech companies to make a digital map service to take on Google. Image Credit: AFP

The project, which is being managed by the Linux Foundation is called the Overture Maps Foundation but will be majorly driven by Amazon Web Services (AWS), Facebook’s parent company Meta, Microsoft and the Dutch mapping company TomTom.

The goal of the Overture Maps Foundation is to develop new map-based products by developing open-source datasets that can be used and reused across applications and businesses. Each business or team that uses the open-sourced map will be throwing their own data and resources into the mix, and create an ever-evolving product. Normally, open-source products don’t work like that, but this will be the first time when a number of  Big Tech companies come together and work on an open-source project.

“Mapping the physical environment and every community in the world, even as they grow and change, is a massively complex challenge that no one organization can manage,” noted the Linux Foundation’s executive director Jim Zemlin in a press release. “Industry needs to come together to do this for the benefit of all.”

Spatial mapping will also be vital to emerging technologies such as those required for the Metaverse, in which Meta is heavily invested in.

“Immersive experiences, which understand and blend into your physical environment, are critical to the embodied internet of the future,” added Jan Erik Solem, engineering director for Maps at Meta. “By delivering interoperable open map data, Overture provides the foundation for an open metaverse built by creators, developers, and businesses alike.”

This year, Google is set to make about $4.5 billion, just through their Maps alone. Roughly $0.8 billion of this will be coming from its API & partnership businesses, where it allows companies like Uber, Swiggy, Zomato and the likes to use a version of Google Maps to let their customers track orders.

The remaining $3.7 billion will be coming through the ads at the top of local business listings and custom-branded map pins that Google centres. Furthermore, Google has added a bunch of new features this year that allows hyper-local businesses to advertise directly on Maps, instead of first getting listed with Google.

Do take these numbers with a pinch of salt as Google, in its filings, does not show how much money it generates from only Maps – all of these numbers are based on approximations, and Google’s internal data shows what arm of the business generates what kind of revenue.

As for the Overture Maps Foundation, the formation of such a venture is congruent with trends in other areas of the tech industry, with an increasing emphasis on decentralized and interoperable networks which abide by the correct regulatory and social guidelines, that basically says monopolies and duopolies are going the way of the dinosaur.

For example, the Linux Foundation also recently announced the OpenWallet Foundation to develop interoperable digital wallets, pushing back against the closed payment ecosystems fostered by giant tech corporations like Google and Apple.

And while there are only four member companies at the time of launch, there are plans to expand in the future and include any company with a direct vested interest in open map data.

For now, the Overture Maps Foundation said that it’s working toward releasing its first datasets in the first half of 2023, and will include “basic” layers such as roads, buildings, and administrative information. Over time, this will expand to include more places, routing and navigation, and 3D building data.

Spy Bahu’s Sana Sayyad: It’s chauvinist to ask if my husband is okay with me working