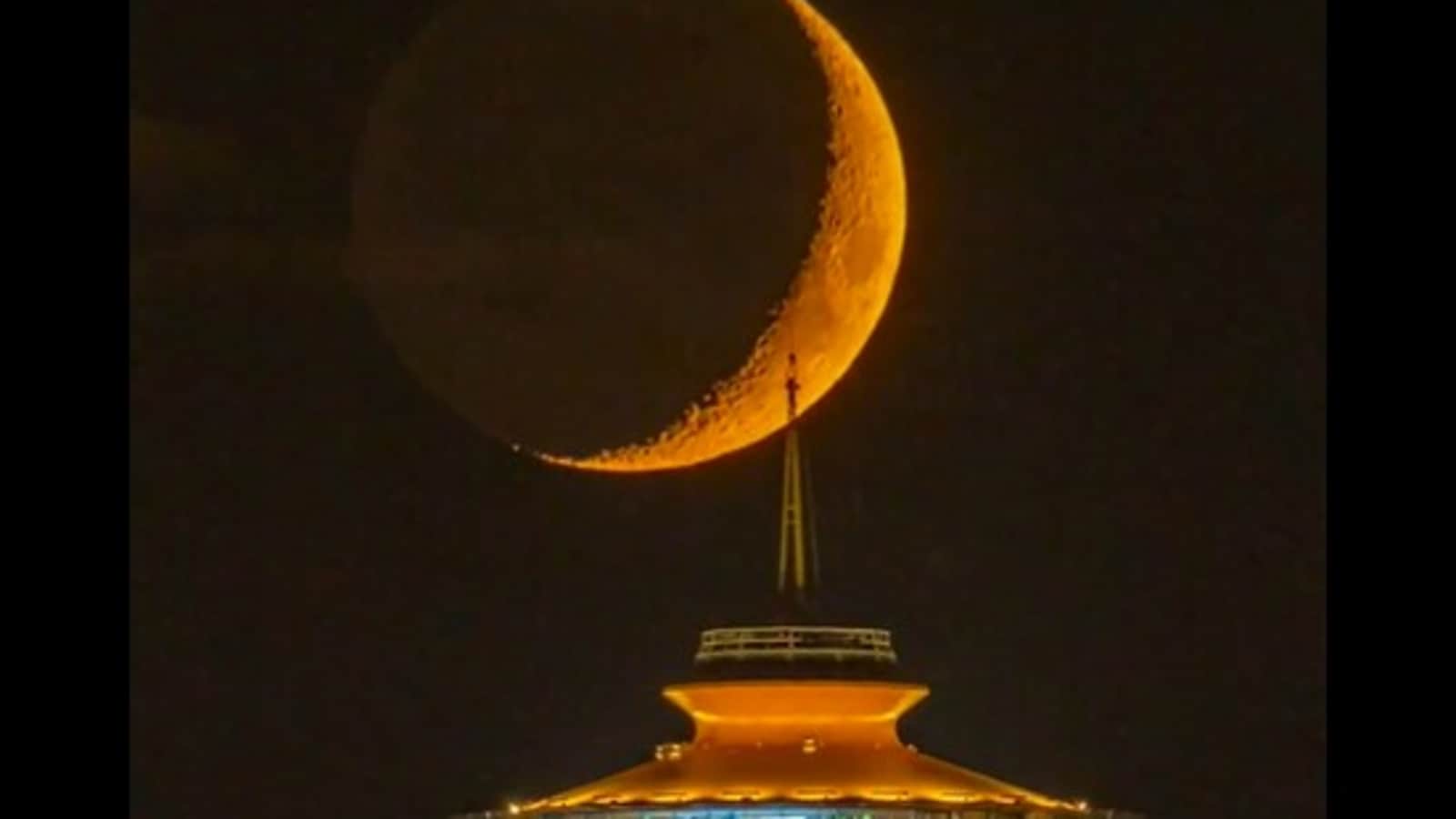 There is something amazing and enigmatic about the Moon. Probably that is the reason, the videos of this celestial body never fail to stun people. There is a latest inclusion to that list and this video shows the Moon setting behind Seattle’s Space Needle. The incredible timelapse video has wowed people and may have the same effect on you too.

US-based photographer Sigma Sreedharan posted the video on Twitter. “Here’s a timelapse video of last night’s #crescentmoon setting behind Space Needle in #Seattle. The still I posted yesterday is one from this sequence. Planned with @photopills and shot with Sony A7R4, Sony 200-600mm lens at 600mm, f/6.3, ISO 1250, 1/8 sec,” she tweeted.

Take a look at the incredible video:

The video was shared a few days ago. Since being posted, the clip has gone viral. Till now, the video has received close to 1.1 million views and the numbers are only increasing. The video has also prompted people to post various comments.

“Wow,” wrote a Twitter user. “Extremely nice! How do you show the earthshine along with the not-overexposed bright side?,” asked another. To which, the photographer replied, “I chose my exposure settings to max exposure possible without blowing out highlights on the bright part of the Moon and then brought out shadows in post to get the earthshine to show. It is easier to bring out shadow details, but impossible to fix blown out highlights.” Another individual took the route of hilarity while replying and shared, “My daughter called it a croissant moon, so that’s what it is now. Sorry, I don’t make the rules.” A third posted, “Fantastic idea. Perfect planning. Amazing execution. Thanks so much Sigma for inspiring us!” A fourth Twitter user added, “Wow that’s amazing! Thanks for sharing.”