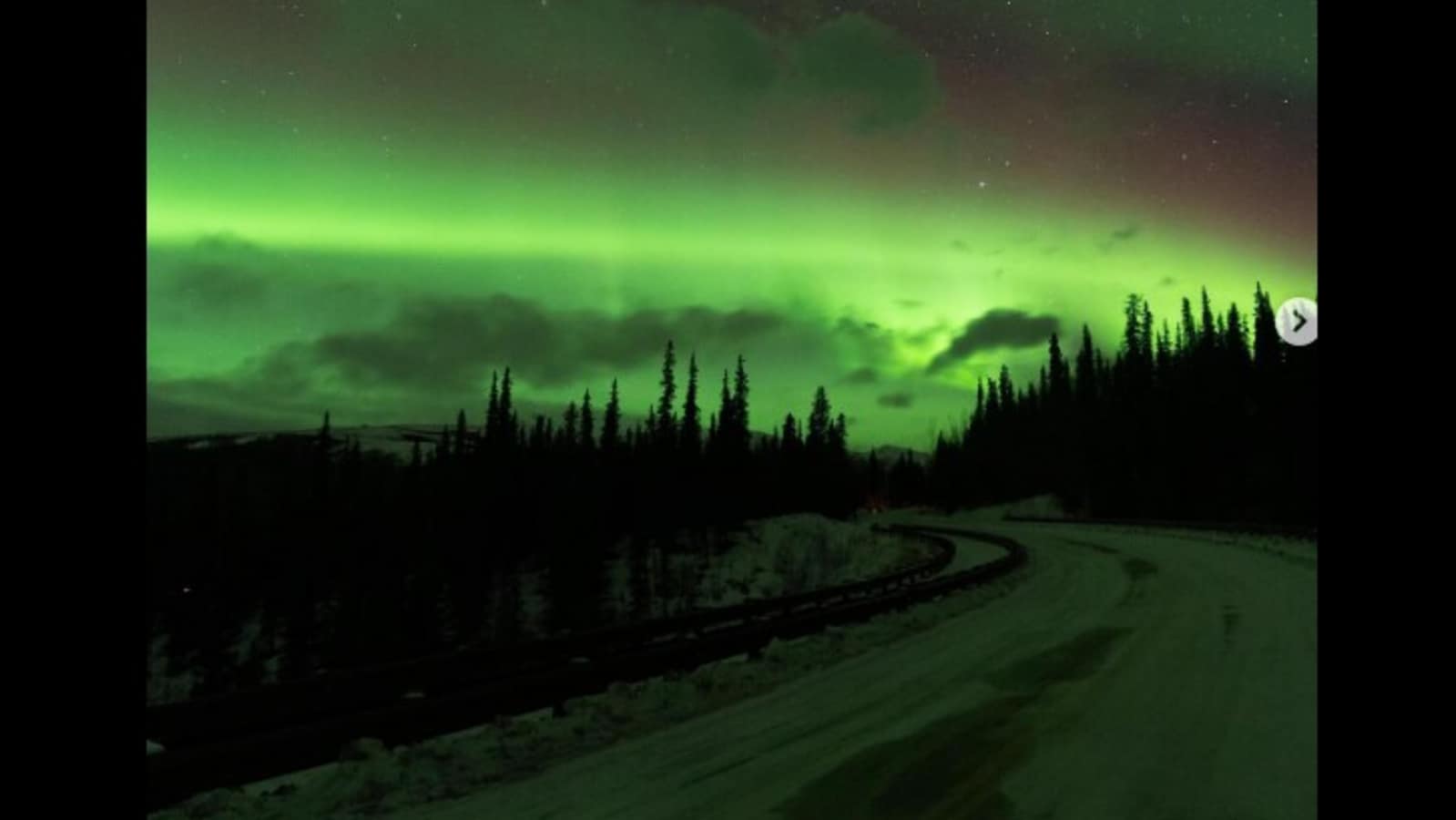 The beautiful natural phenomenon aurora borealis has mesmerised people since ages. Probably that is the reason, the images or videos showing the incredible green light never fail to capture people’s attention. Case in point, a series of pictures posted on Instagram that shows the auroras in Alaska.

The National Park Service posted the images on their Instagram page. They also shared a detailed description about the auroras. “‘Aurora Borealis!? At this time of year, at this time of day, in this part of the country, localised entirely within your kitchen!?’ – Super Nintendo Chalmers,” they wrote, referencing a classic gag from The Simpsons.

“Denali is a great location for viewing the aurora because it’s located at a far northern latitude and because there is very limited light pollution. Light pollution is found in towns, cities, and other developed areas where excessive artificial light brightens the natural environment,” they added.

“The most common colour seen in the #NorthernLights, or aurora borealis, is green. When the solar wind hits millions of oxygen atoms in the Earth’s atmosphere at the same time, it excites the oxygen atoms for a time and then they decay back to their original state, when they emit the green hue we can see from the ground. Have you seen the aurora borealis in person?,” they explained.

Take a look at the post to wonder at the incredible pictures.

Since being shared nine hours ago, the post has accumulated close to 98,000 likes and the numbers are only increasing. People have also taken to the share’s comments section to post various comments.

“I saw the aurora borealis in upstate New York when I was 14. It was like a giant white cage enveloping me and my cousin as we paddled through the lake,” wrote an Instagram user. “Breathtakingly beautiful…nothing like mother nature,” commented another. “Going to Alaska in January to see the Northern lights ! Top of my bucket list for sure,” posted a third.

Little pup being trained by its human will melt your heart. Watch cute video