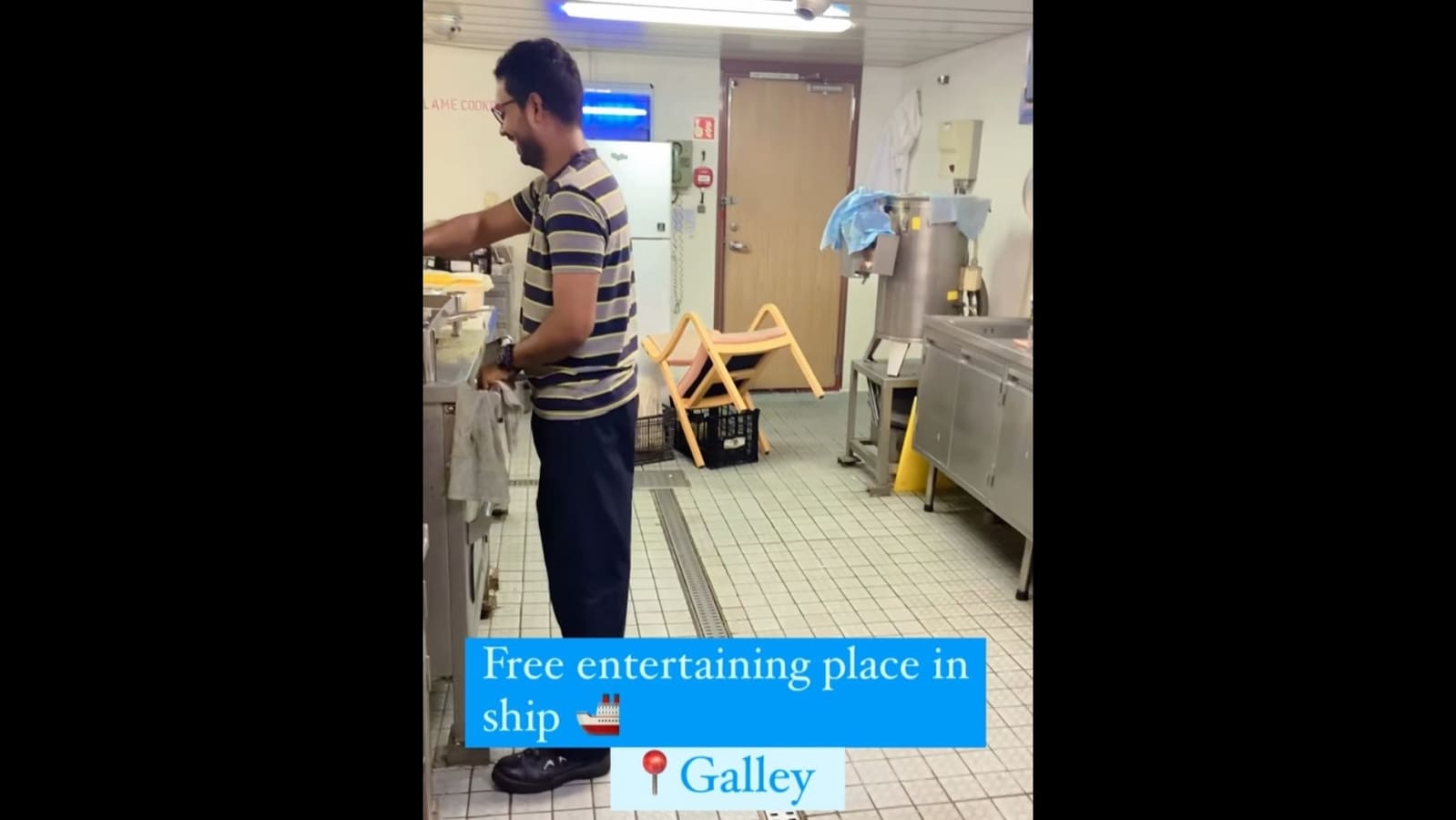 Ever thought about what it is like to be on a merchant ship? Every day is a challenge for mariners who stay on board for months to lead a sea-man life. However, these merchant navy sailors found full-packed entertainment on board in this viral video on Instagram. The video, which has been filmed by a sailor shows another sailor cooking while the ship is in motion and everything on board moves free.

The viral video was posted by an Instagram user named Shekhar Kandpal who is a merchant navy sailor. The video opens to show a text insert and a location that adds context to the clip. “Free entertaining place in ship.” The user posted the video with the caption, “1 lakh + views. Part 2:The waves of the sea help me get back to me.”

The video shows things like crates and a chair moving to and fro inside the kitchen of the ship. Even the oven opens by itself due to the swaying motion of the merchant ship. The sailor cooking food then acts like a superhero, trying to pull things towards himself.

The video was posted on August 8 and it amassed more than eight lakh views and 68,000 likes. It also prompted several users to post comments with laughter emoticons.

One of the users commented, “Actually you can make a video and post it on youtube as a horror video.” “You don’t need to run around to fetch things while cooking,” wrote another. A third user posted, “So even if the ship gets hunted it will be confusing to know.” Recalling lyrics of a popular Hindi song from the film Koi Mil Gaya, a user commented, “Idhar chala Mai udhar chala.”