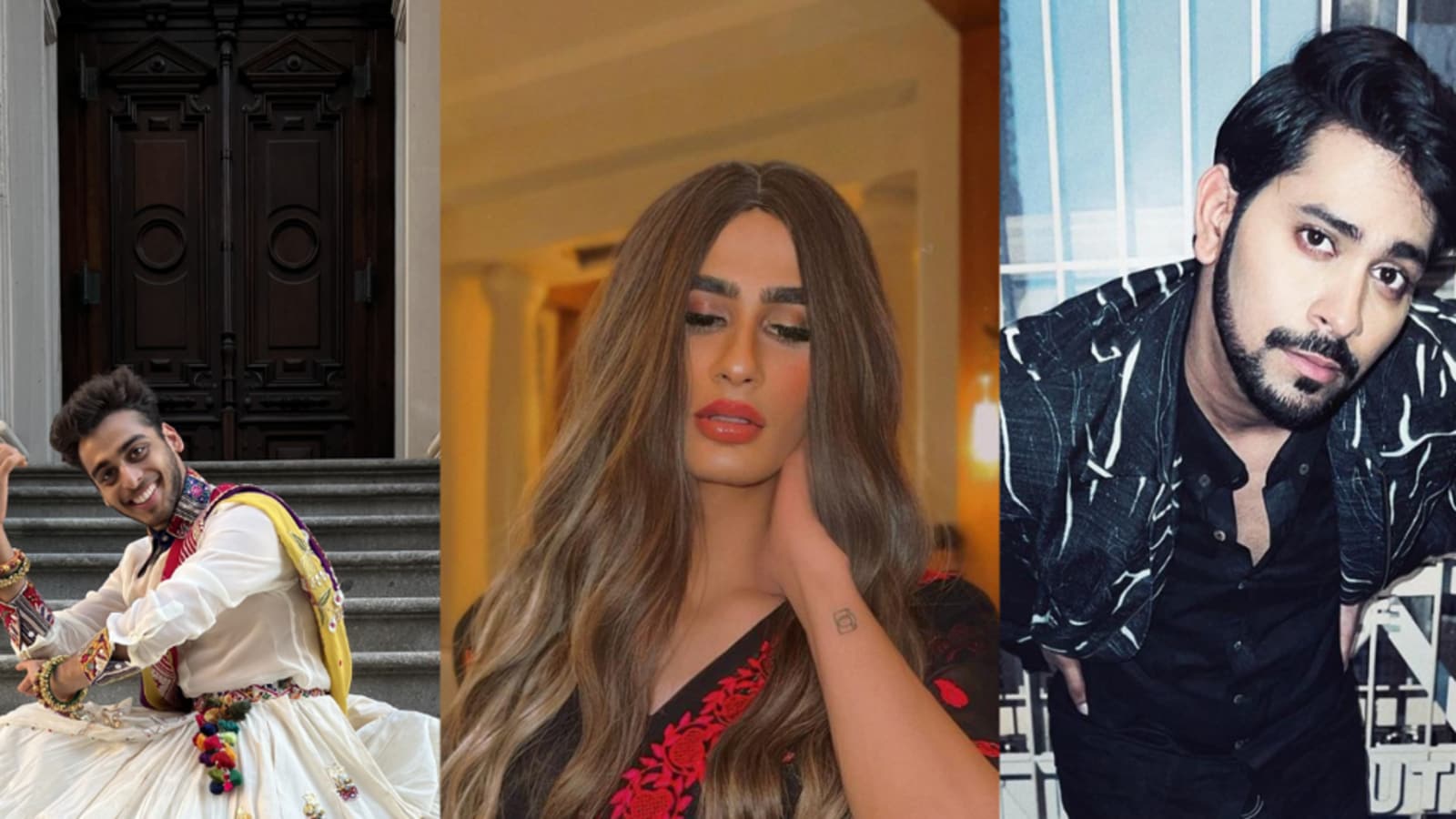 It is 2022, however, a look at the current memes and you will find teenage guy Gaurav Sitoula dancing to the song Moti Se Na (Khudgarz, 1987), making it to the list. Sitoula’s dance became fodder for people’s laughter as it didn’t fit the quintessential idea of masculinity. The idea of toxic masculinity is so deep-rooted, that time and again it needs to be defied. On International Men’s Day, we talk to three influencers, who have often challenge the notions of masculinity.

Embracing the kind of man you are

29-year-old Ankush Bahuguna not only wears makeup (something that makes many men uncomfortable) but is also flamboyant with his sense of fashion. “For the longest time we have defined masculinity by everything that’s not feminine. It’s always been about staying as far from anything that’s considered feminine. That’s how men like to celebrate their masculinity. That needs to change. Before thinking of what makes you a man you should try being a better human being. I think masculinity needs to be a lot more tolerant,” Bahuguna explains. Ask him what masculinity means to him and he states, “That I’m unapologetic about who I am whether I fit the box of what a man is like. It’s just embracing the kind of man you are. No two people are alike. So, that box should just be thrown away. If you identify as a man nobody can tell you that ‘You are not man enough’.”

Having a strong feminine side

Jake Sitlani is an “en femme addict” and makes funny videos, which primarily involves him in cross dressing. “It’s going to take a while for Indian culture to fully understand and make peace with the idea of a masculine man having another strong feminine side of them which they can show off or even keep between closed doors,” says the 22-year-old. He suggests that he is trying to “make people open up to the idea of a man wanting to be feminine for a while”. Sitlani calls his feminine persona Jacqueline and admits that being her has even helped him in his current relationship. “It’s a side of us that we (he and his partner) look forward to. The feminine me teaches the masculine me so much of how a woman would want to be treated in all situations,” he adds. For Sitlani, crossdressing is a form of liberation. “It provides a release for me from the normal social demands and masculine role, by allowing me to act in a less pressured and pampered female role. It’s more like an escape from all the male responsibilities and work stress. At the end of day, we all are looking to achieve the maximum amount of self love we can. If dressing up as a woman allows me to achieve that goal while also making me a better person through my dressing up experiences, then why should I ever stop,” he ends.

Beyond pink and blue

Jainil Mehta, 23, wowed several with his dance videos wearing a skirt, making him a hot favourite very soon. Mehta believes, “the historical lines of masculinity and femininity are slowly getting blurred.”. “The world is going beyond the pink and blue,” he says, adding, “Men are allowed to be vulnerable, graceful and supported. These are adjectives that were historically associated with women but now, with freedom of expression and advent of right feminism, men are able to step back and go hand in hand with women.” Ask him what true masculinity means to him and he states, “A true man is someone who owns their ‘flaws’ and is unaffected by what the patriarchy suggests them to do. Being honest and authentic to themselves is what makes a man truly masculine.” Mehta admits that being a cis-gender male, he has often been questioned about his masculinity. “Because of my grace and dancing since childhood, I have been questioned. My mantra has always been to be authentic to myself. I have never let myself and my family stop me from doing what I want – be it taking up dance as my profession or wearing a skirt. I cry my heart out in movies and watch Hindi TV soaps regularly like my grandmother. My ‘masculinity’ comes from the confident choices I’ve been making throughout my life.”

Stranger Things season 4: Fans are losing sleep after that terrifying first episode, have a crucial question