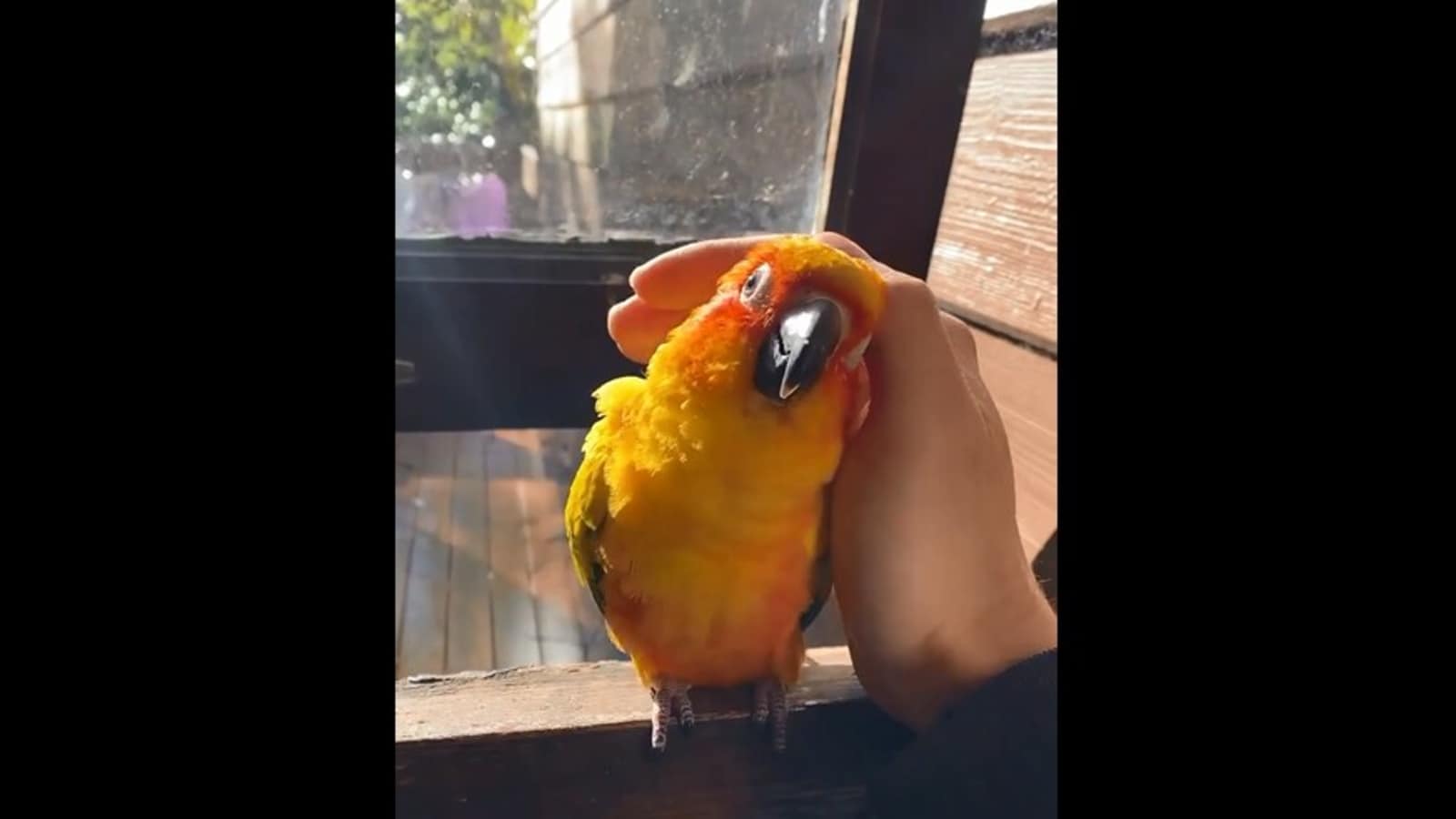 The video of the parrot that loves to squish and cuddle is too cute to handle.

“Cuteness overload,” probably that is what you will be inclined to say after seeing this video of a very cute parrot. There is also a chance that the video will make you say aww – and that too multiple times.

Originally posted on the Instagram page called @concerningparrots, the video created a buzz after being shared on the official Insta page. “Here comes the sun. Meet Fawkes (@concerningparrots), a naturally affectionate 5-year-old sun conure parrot who loves to squish and cuddle,” they wrote while sharing the video. They posted the video as a part of their #WeeklyFluff series.

The video opens to show a very beautiful parrot walking sideways to reach its human. Though short, there is a chance that you’ll end up watching the video over and over again.

The video, since being shared about six hours ago, has gathered more than 3.7 lakh likes and the numbers are only increasing. The post has also prompted people to share varied comments. A few also shared heart emoticons to showcase their reactions.

“So cute,” wrote an Instagram user. “Amazing,” posted another. “Aww,” wrote a third.

Spotify Wrapped 2022 now available, here’s how to find your mix