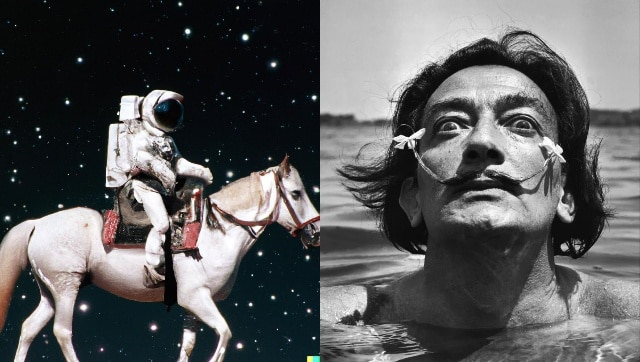 Think an AI system cannot replace human artists? Well, if you ask the people at OpenAI, the developers of DALL-E, they would beg to differ.

Picture this – you have a wonderful vision and can imagine the most picturesque of paintings. You pick up a pencil or a painting brush but then suddenly realise that your drawing and painting skills are poorer than that of a kid in kindergarten. A little embarrassing, isn’t it? Well, this has happened to all of us.

What if someone was to tell you that now, you can “paint” just using your words, and how one would describe a painting? Well, DALL-E, an artificial intelligence(AI) system has achieved just that.

DALL-E is a new neural network AI system that can generate kitschy photos and paintings, just using the text prompts that a user might feed it. Not only that, it can alter a finished painting and generate numerous iterations, again, based on the textual prompts.

Developed by OpenAI, DALL-E was first introduced in 2021. The name is a portmanteau of Pixar’s WALL-E & Dali, from the Surrealist painter Salvador Dali. It took the developers at OpenAI to fine-tune their machine learning algorithms and come up with a system that can create original works of art in astute detail and resolution.

OpenAI isn’t selling its system as of yet and is only accepting requests over their social media DMs. The images that they are generating are also not available for sale, but users can download the images they generate for personal use. They are also not generating any images of real people, in order to save themselves from potential lawsuits.

With that being said, some of the stuff that the AI system has generated would fool even the greatest of art connoisseurs into thinking that what they are seeing is the work of a master painter.

Now, as with all things that involve machine learning, there are a few issues with DALL-E as well. First, it relies on images on the internet being tagged properly, which was a nightmare to deal with for the people at OpenAI.

Second, as several Instagram users pointed out, the ability to digitally create realistic-looking false images opens up a pandora’s box when it comes to fake news.

And then, there is the machine learning model that OpenAI have used. Because their system relies heavily on images from the internet, which often contain some rather vitriolic elements, at times the images that are rendered are rather sexist and racist.

In order to tackle this, OpenAI requires that the use of their images include disclosure of their status as an AI-generated image. They also add a colour bar to the lower right-hand corner of the images.