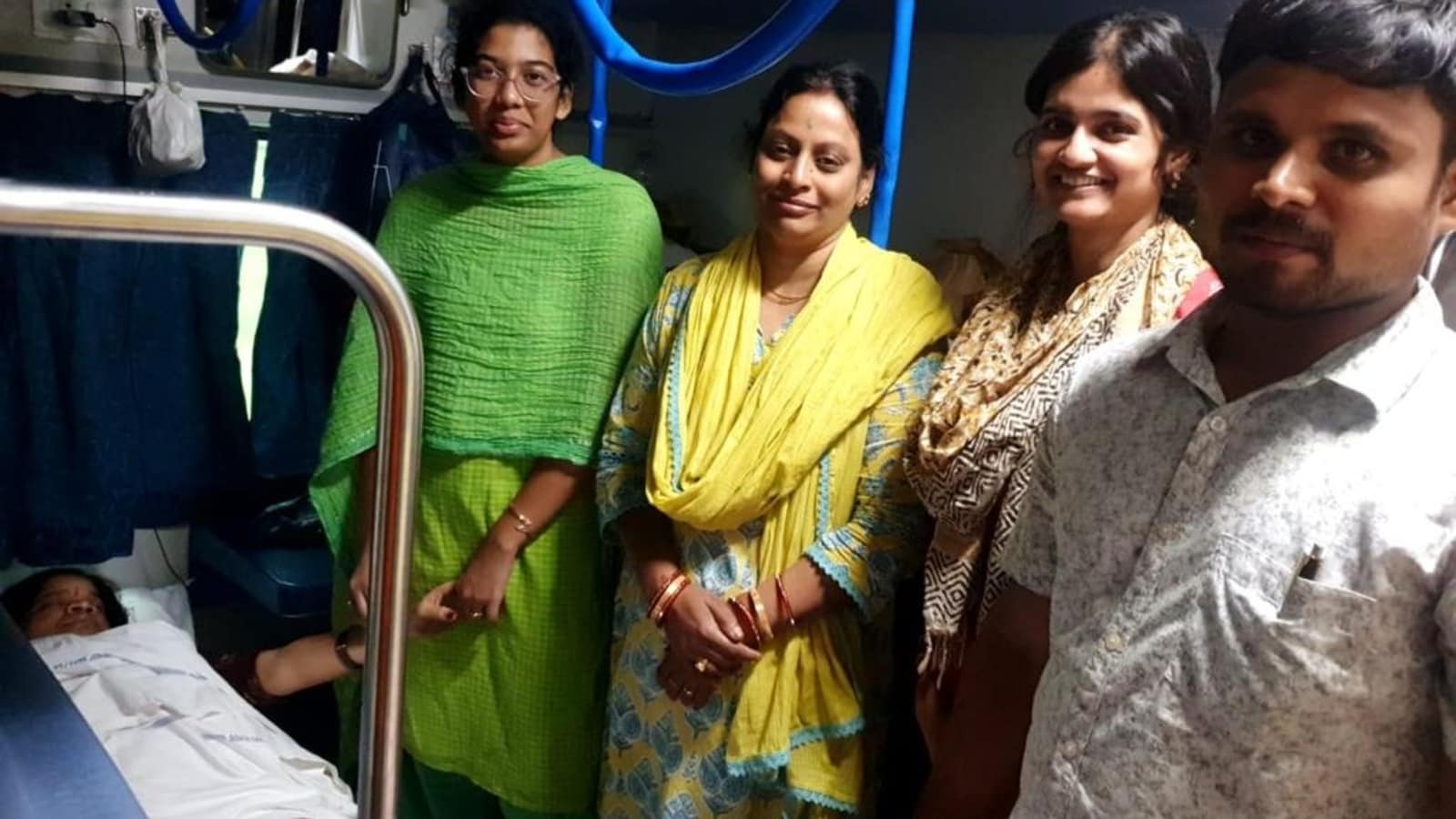 Timely assistance from a medico helped a woman deliver a baby aboard a running train in Andhra Pradesh’s Anakapalle district on Tuesday. K Swathi Reddy, who has completed her final year of MBBS and is presently a house surgeon at Gandhi Institute of Technology And Management (GITAM) Medical College, Visakhapatnam, helped deliver the baby aboard the Secunderabad-Visakhapatnam Duronto Superfast Express.

“I was in a deep sleep when a person woke me up at around 4.30 am. He told me that his pregnant wife was suffering from labour pain and requested me whether I could extend any help. He didn’t know that I was a medico, as he was requesting other women in the compartment to come to his wife’s rescue,” Swathi Reddy told Hindustan Times.

The couple, Satyanarayana and Satyavathi from Ponnam village of Cheepurupalli block in Vizianagaram district, were travelling from Hyderabad to their native place.

The couple had no chance to get down to any major railway station so that she could be rushed to a hospital for delivery, as the express train, which had already crossed Rajamahendravaram, had no further halts till Visakhapatnam.

Satyanarayana requested the co-passengers to come to his wife’s rescue, but nobody could help her. Realising the gravity of the situation, Swathi Reddy swung into action and converted the bogey into a makeshift labour room with the help of other women passengers.

“I had no surgical instruments with me; and not even gloves to perform the delivery. Luckily, I was carrying a bottle of Betadine surgical solution with which I could sterilise my hands. With whatever little experience I had gained during my studies, I ensured that Satyavathi delivered the baby girl without any hassle,” she said.

However, Swathi Reddy could not cut the umbilical cord or clamp it. “There was not even warm water to clean the baby or keep the baby in a warm condition as it was an air-conditioned compartment. All that I could do was to wrap the baby in three or four warm clothes,” she said.

Besides helping the woman in delivery, Swathi Reddy took the help of the travelling ticket examiner (TTE) of the Duronto Express and conveyed a message to station master Venkateshwara Rao of Anakapalle railway station.

Though there was no halt at the Anakapalle railway station, the TTE ensured that the train had a brief halt there. “By the time the train came to a halt, the railway authorities arranged an ambulance to shift the woman and the child to the nearby hospital. But I did not want to leave them at that. So, I accompanied them to the NTR government hospital, where gynaecologist Dr Anuradha treated them,” Swathi Reddy said.

She stayed in the hospital until the infant and the mother got the required medical assistance before leaving for Visakhapatnam by bus. Satyanarayana profusely thanked the medico for her timely help.

Chinese researchers claim to have made AI systems that can ‘read minds,’ could be used to test loyalty to CCP- Technology News, Firstpost

Byju’s Struggles to Close $800 Million Funding Round: All Details