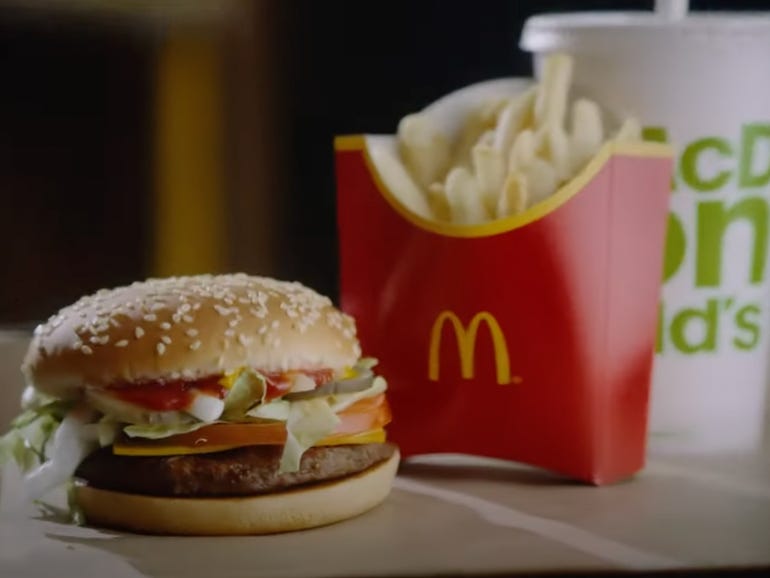 The COVID-19 pandemic has affected moods, behaviors and businesses in likely equal measure.

Yet, on the surface, fast food companies have done very well over the last few years. At one time, it seemed like they were the only option.

They were certainly the best, easiest and most familiar option.

But even McDonald’s has its considerable problems, and solving them won’t exactly be simple.

Its CEO, Chris Kempczinski, took the route also taken recently by new Southwest CEO Robert Jordan — he decided to be open about the issues.

In a bracing interview with the Wall Street Journal, Kempczinski offered something of a litany of woes.

Customers now want a simpler, more focused menu. Perhaps they’re tired of thinking too much, which would be understandable. Moreover, in uncertain times, the familiar becomes the necessary.

Yet younger customers want something more exciting. Because that’s what it says on the Being Young membership card.

Moreover, personalization has become a considerable need, want and habit among many customers in many spheres.

Which is where technology comes in. Or, in the case of McDonald’s, doesn’t — as much as the company would like.

McDonald’s has been making many investments in technology. It’s been testing such delights as robot drive-thrus.

But Kempczinski confessed the human component to this was a little more difficult.

In the Wall Street Journal‘s words: “Mr. Kempczinski said he thinks a lot about how to attract talent, particularly corporate employees who can improve the burger company’s technological abilities.”

There you were thinking there just aren’t enough burger flippers. There aren’t. But it seems there’s also a lack of fine, tech-minded leaders who can direct and implement tech advancements.

Tech-minded people who can get things done are in extremely high demand, even if some data shows that there may be a marginal cooling in the ardor. Some data that is.

Some might say McDonald’s was a touch slow at seeing the impact that technology can bring.

But, though Kempczinski didn’t specifically expand on the sorts of tech-minded employees he was looking for, he did expose this, again in the Wall Street Journal‘s words: “McDonald’s needs to be a fun place to work, he said, offer jobs that people want and take care of workers.”

He may have been referring primarily to those who populate a McDonald’s franchise every day, evening and night.

Tech-minded types are, though, (somewhat) just like any other humans. The pandemic has made them, too, wonder about the quality of their lives and the things that are truly important. They have more options. And McDonald’s has endured its own little scandals.

So here is something of a traditional company, understanding that it needs to invest heavily in innovation and suddenly finding itself in an extremely competitive jobs market. In every single sphere.

It’s wise for Kempczinski to be open about the company’s problems.

When you know you can’t please your customers in the way that you’d like to, they’re more likely to be forgiving if you’re honest than if you peddle an unreality.

Still, though, there remains the question of how quickly the company can ramp up its technological side — just as the likes of Travis Kalanick and Chick-fil-A populate the land with tech-infused, ghost kitchens.

Over time, we may discover that without humans, the robots are really quite ineffective.