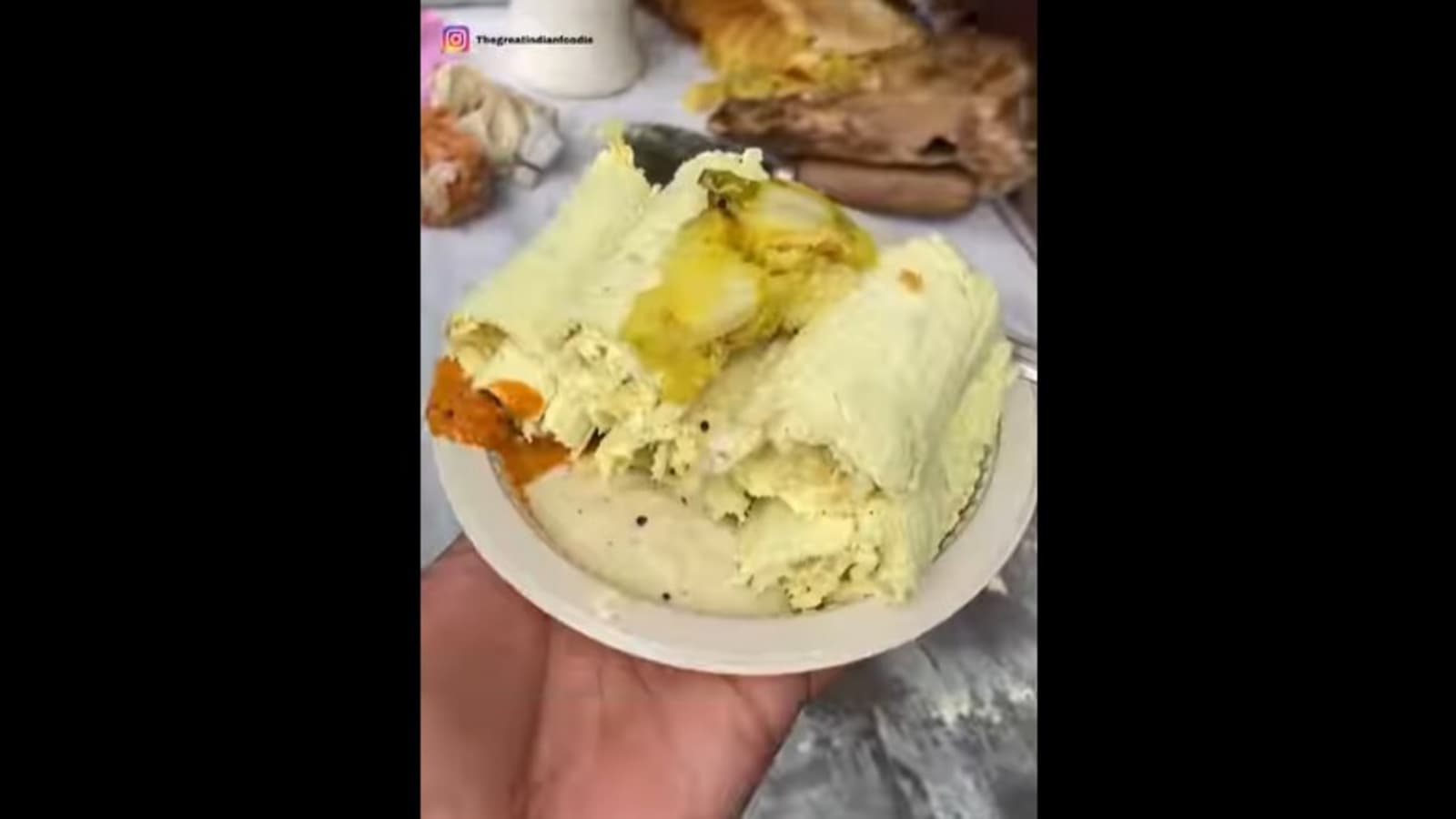 This video shared on Instagram by a food blogger, shows how some good old masala dosa is being made into ice cream rolls.

Recently, a video went viral where an eatery in Indore was seen serving ice-cream rolls with chillies and Nutella. But now, an eatery in Delhi has gone viral for a reason that is quite similar and probably a bit more bizarre. In a video that was recently shared on Instagram by a food blogger, viewers can see how some good old masala dosa is being made into ice-cream rolls.

The video opens to show the making of this confusing masala dosa ice-cream roll that has left many on the Internet looking for words to describe how they feel. In the beginning of the video, the person preparing the dish takes a chunk of some masala dosa that was kept pre-prepared. Then, they flatten it out using some ice-cream to form the base.

By the end of the video, they serve the rolls on a disposable plate along with some chutney that one would ideally be finding on a plate of actual masala dosa. The caption of the video reads, “Delhi ka special masala dosa ice cream.”

Since being shared on Instagram around two days ago, this video has garnered more than 16,500 likes. It has also accumulated several comments.

“Crazy,” posted an Instagram user, followed by a heart and a laughing emoji. “Kaisa taste tha?” [How did it taste?] asked another. “Dosa lovers gonna get heartache after seeing this,” commented a third, followed by a crying emoji.

What are your thoughts on this dish?

The 5 best standing desk chairs and stools of 2022

Massive aquarium in Berlin explodes, spills 1500 fish on the road