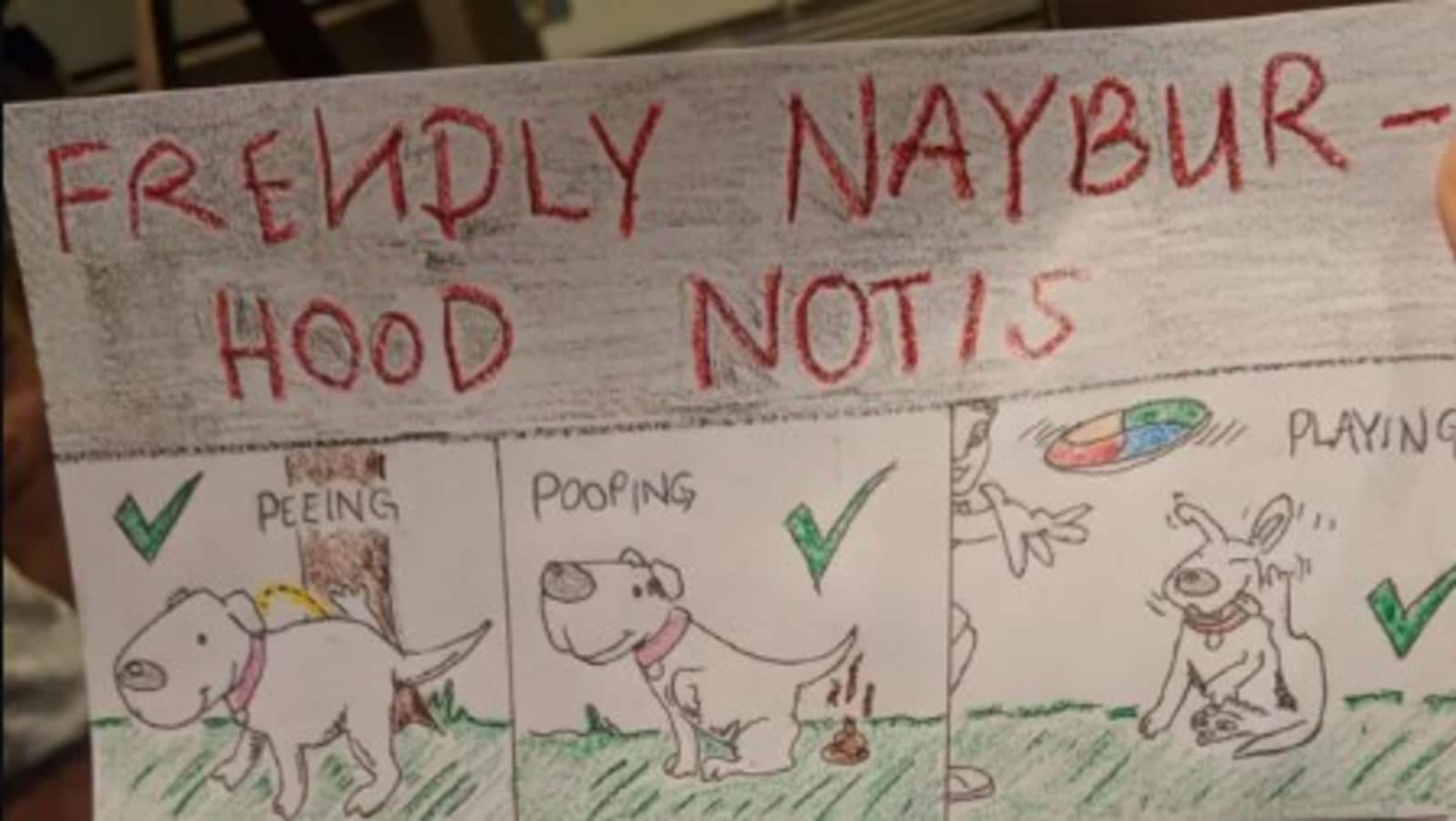 The man’s note in the form of a drawing over his neighbour’s barking dog was posted on Reddit.

It is true that dogs are little babies for their pet parents and they often go the extra mile to accommodate the shenanigans of the fur babies. However, the case is not the same when it is about the neighbours of the pet parents. At times, the barking of the pet dogs can annoy them. In such cases, they often reach out to the pet parents to let them know about the problem. Just like this Reddit user’s neighbour did but in a way which has now sparked laughter.

“A letter my neighbor left in his other neighbor’s mailbox due to his barking dog problems,” reads the caption posted along with the image of a note that a person wrote. The note is in the form a ‘childish’ drawing. There is a chance that the post will tickle your funny bone too.

The drawing is titled, “Frendly Naybur-Hood Notis.” The drawing shows which activities of the dogs are acceptable and which are not. However, that is not all that the cartoon strip shows. We won’t give away the fun by saying everything, so take a look at the post:

Since being shared a few days ago, the video has gathered more than 25,000 upvotes and the numbers are only increasing. The share has also prompted people to post various comments.

“How is this awesome cartoon not the absolute best, most awesome way to have a polite uncomfortable conversation? I would absolutely love my neighbor forever if they ever talked to me about my dogs barking in the manner,” wrote a Reddit user. “I wish I had neighbors like that, being polite is such an easy thing to do,” expressed another.

A few shared that the person who drew the cartoon should have reached out to their neighbour before drawing. Answering that, the original poster also shared an answer. “Seems there are a lot of false assumptions going on in these replies leading to people believing this was the first contact my neighbor had with his neighbor on the subject. It was not, he had brought it to his attention 3 times prior to drawing this,” they wrote.

Abhijit Bichukale targets Devoleena Bhattacharjee with a stone after she bites him on Bigg Boss 15. Watch