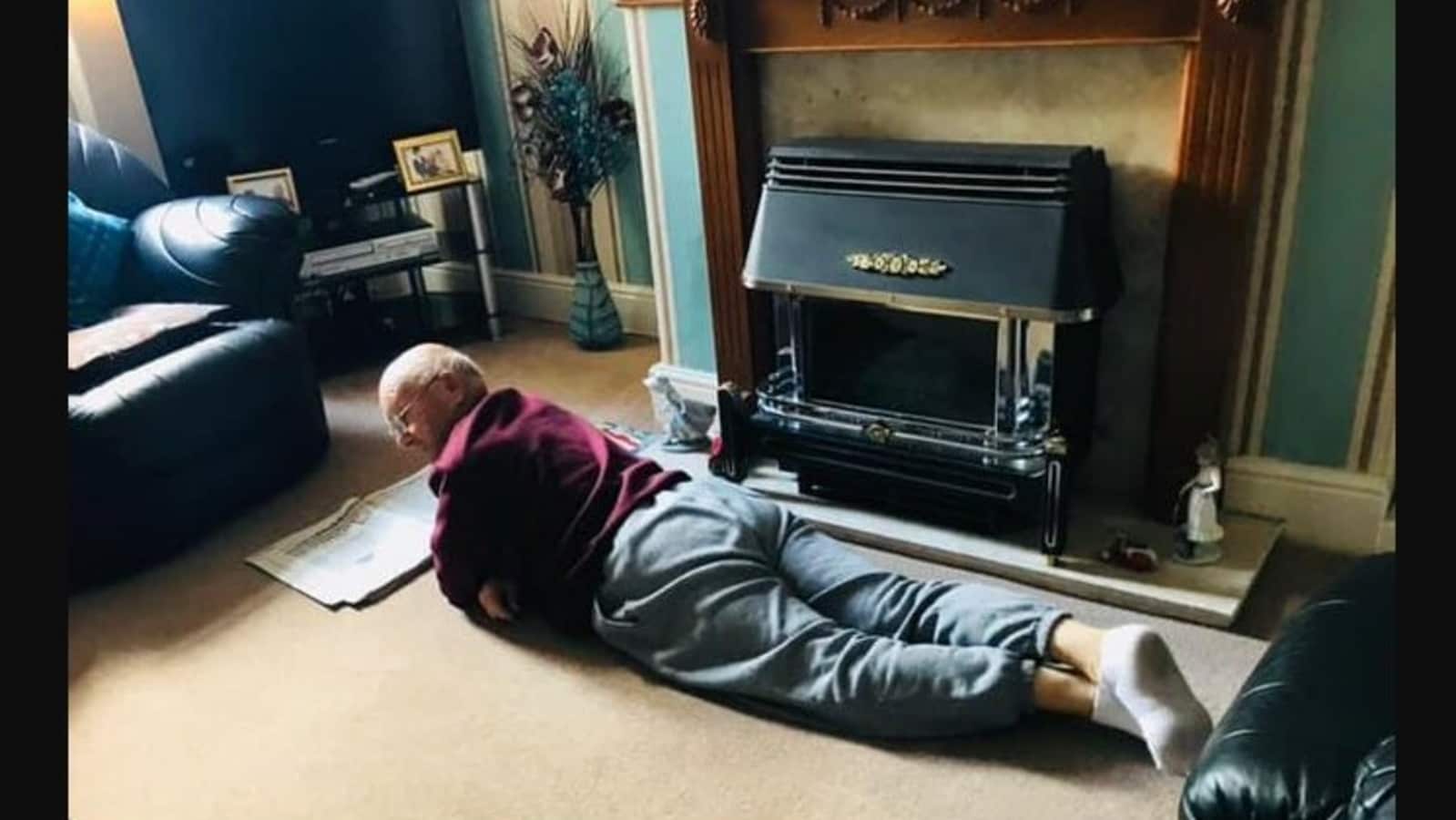 This photo that was shared on Twitter shows how a 91-year-old man is lying on the ground and reading the newspaper as if he is a little child who is reading a comic book.

Even if people grow old, their inner child should always stay alive and kicking. This photo that was shared on Twitter by an individual of his 91-year-old father, shows exactly that kind of an emotion. The old man is seen lying on the ground and reading a newspaper in a way that a child would.

The man who shared this photo is a writer named David Nolan. The photo he shared is of his father who might be 91 years old in age but is an absolute child at heart. The photo shows how the man is having a gala time reading a newspaper while lying on the floor. He has even put one foot on top of the other, which goes on to show exactly how much he is enjoying this time.

He also shared a caption along with this photo of his father. And it reads, “Dad is 91 today. In case any fans of his are wondering… yes, he still reads his newspaper lying on the floor like a kid reading a comic.”

Dad is 91 today. In case any fans of his are wondering… yes, he still reads his newspaper lying on the floor like a kid reading a comic… pic.twitter.com/QJqT7fiz45

Since being shared on January 11, the tweet has gone viral. It has garnered almost 14,000 likes and several comments from people who could relate to and/or admire this old man for keeping the child in him alive.

“Wow, good on him. I’m 57, if I lay on the floor I wouldn’t be able to get back up again,” posted a Twitter user. “I used to do my homework like that with the cat sat on my back so he could still get the warmth from the fire,” commented another. “I don’t know why but that has made me feel better about getting old,” reads a third wholesome comment.

What are your thoughts on this picture?

Stranger gives her pillow to service dog on flight to make him comfortable. Watch

This elevated roller coaster ride will give you goosebumps. Watch