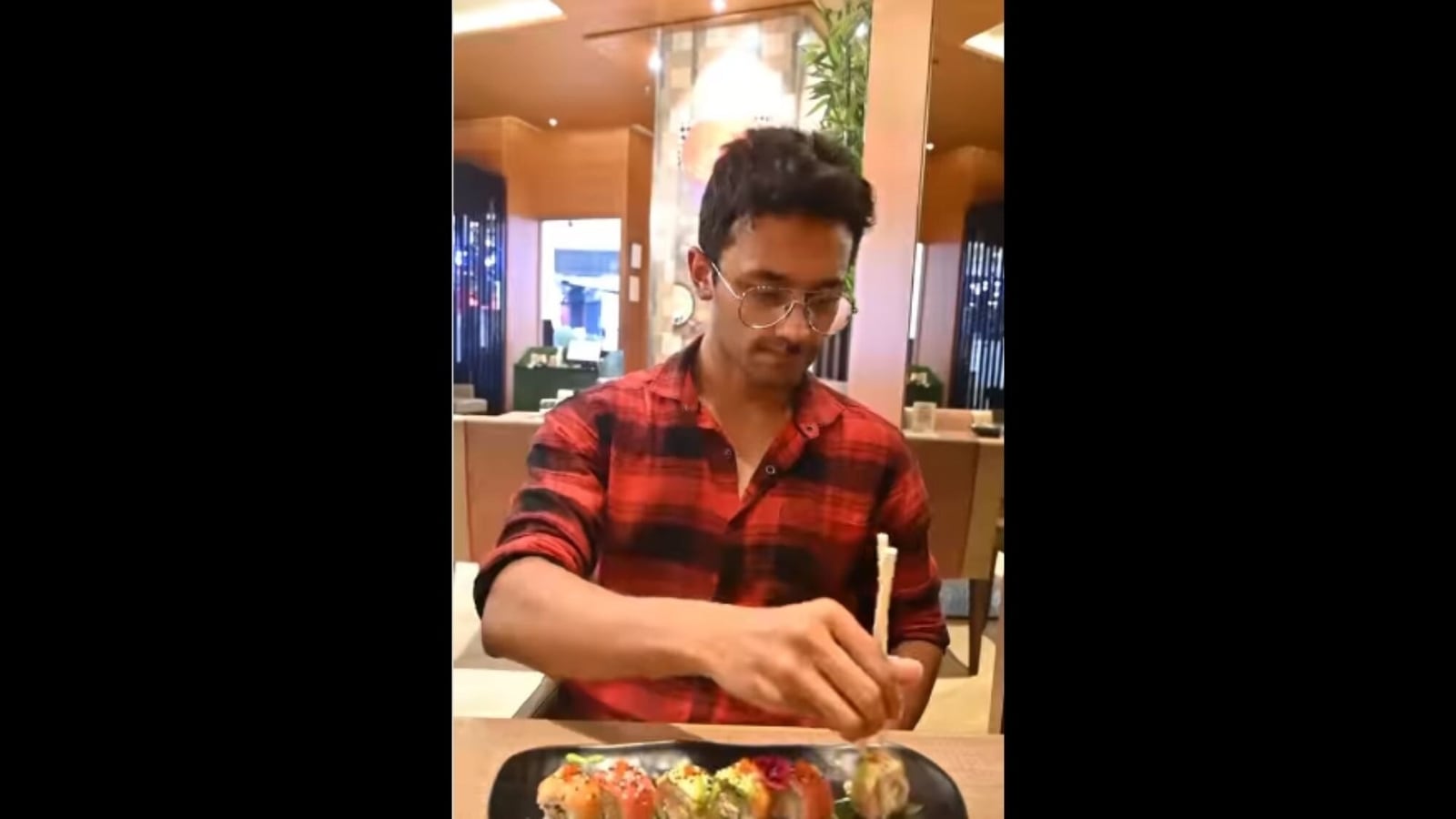 The video of the man’s relatable way of eating sushi with chopsticks was posted on Instagram.

Have you ever tried eating food with chopsticks? Though there are various videos showcasing how to use them, it is often tough for people to handle this eating utensil. That is what happened with this man while eating sushi. What, however, has left people chuckling is how he handled the problem. There is a chance that you will relate to the video showing the incident.

The video was posted on the Instagram page pune_food_blogger. While sharing the video they also posted a funny caption. “Presenting to you the desi way to eat Sushi. How many people here have done the same?” they wrote.

The video has been posted a few days ago. Since being shared, the clip has accumulated more than 1.2 lakh likes and the numbers are only increasing. The share has also prompted people to post various reactions.

“So me,” wrote an Instagram user. “Why so much effort, when we have it in an easier way!!!” posted another. “Totally relatable,” expressed a third. Some also expressed that they relate to the clip too.

A few, however, expressed that there is nothing wrong with eating sushi with hand as it is an acceptable way in Japan. In an interview with the BBC Good Food, sushi expert chef Katsuya Uechi explained that some people in Japan do eat the dish using their hands.