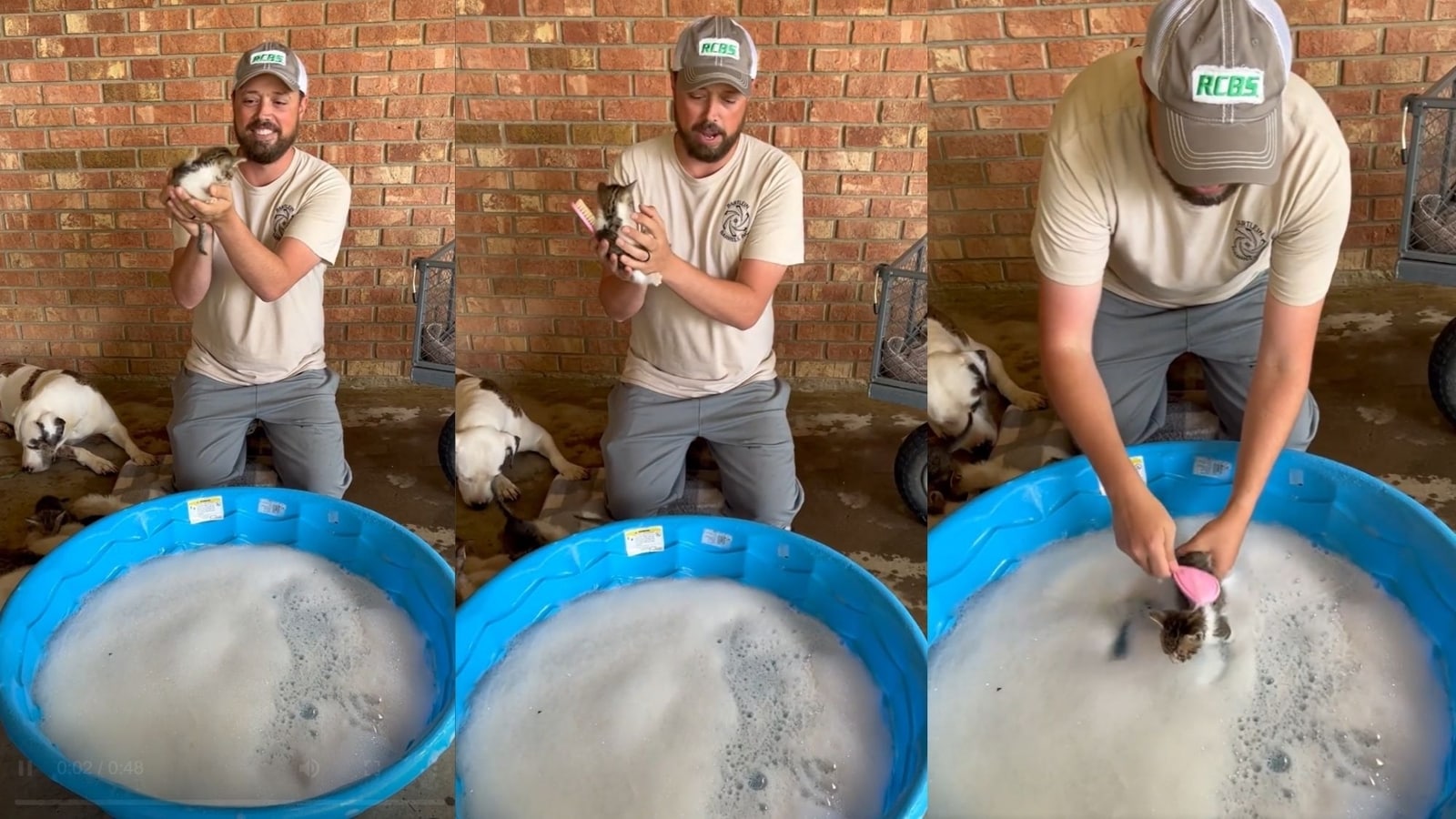 A video of a man who stopped to rescue a kitten but was then ambushed by a platoon is doing the rounds on social media. The man in the video, who saved the kittens and took them home, has now posted an update on his Instagram handle about the condition of the kittens he found three days ago.

The man featured in the viral video is Robert Brantley. He has posted a series of clips on his Instagram account about the kittens’ condition and has thanked his followers for the unwavering support that they have extended.

“Thank you to all that reached out to give advice and help with supplies. Y’all are as much of a part of this as us! The kittens are doing great and are enjoying the warm breeze as they dry off. We’ve got some more things planned for these babies so stay tuned. I’m still learning a lot of this so go easy on me,” reads a detailed caption of the video posted on Instagram, along with several hashtags, including #catambush, #catsofinstagram, and #kittenrescue. The 48-seconds video showcases Robert bathing one of the thirteen kittens he found on his way back from work.

The video was posted a day ago on Instagram by Robert Brantley. Since being shared, the video has received over 3.74 lakh views and a flurry of comments.

“Congratulations on your initiative!” commented an individual. “I love that the doggy is just there watching and being a good boy,” pointed out another. “You sir are an awesome human being. Keep it up! Thank you for saving the kitten. Love from Malaysia,” expressed another with a heart emoticon. “I’m loving the updates. They are so lucky to have found you,” shared a fourth.

What are your thoughts on this cute video?

Kids help stranger who dropped his fruits on the street in China. Watch