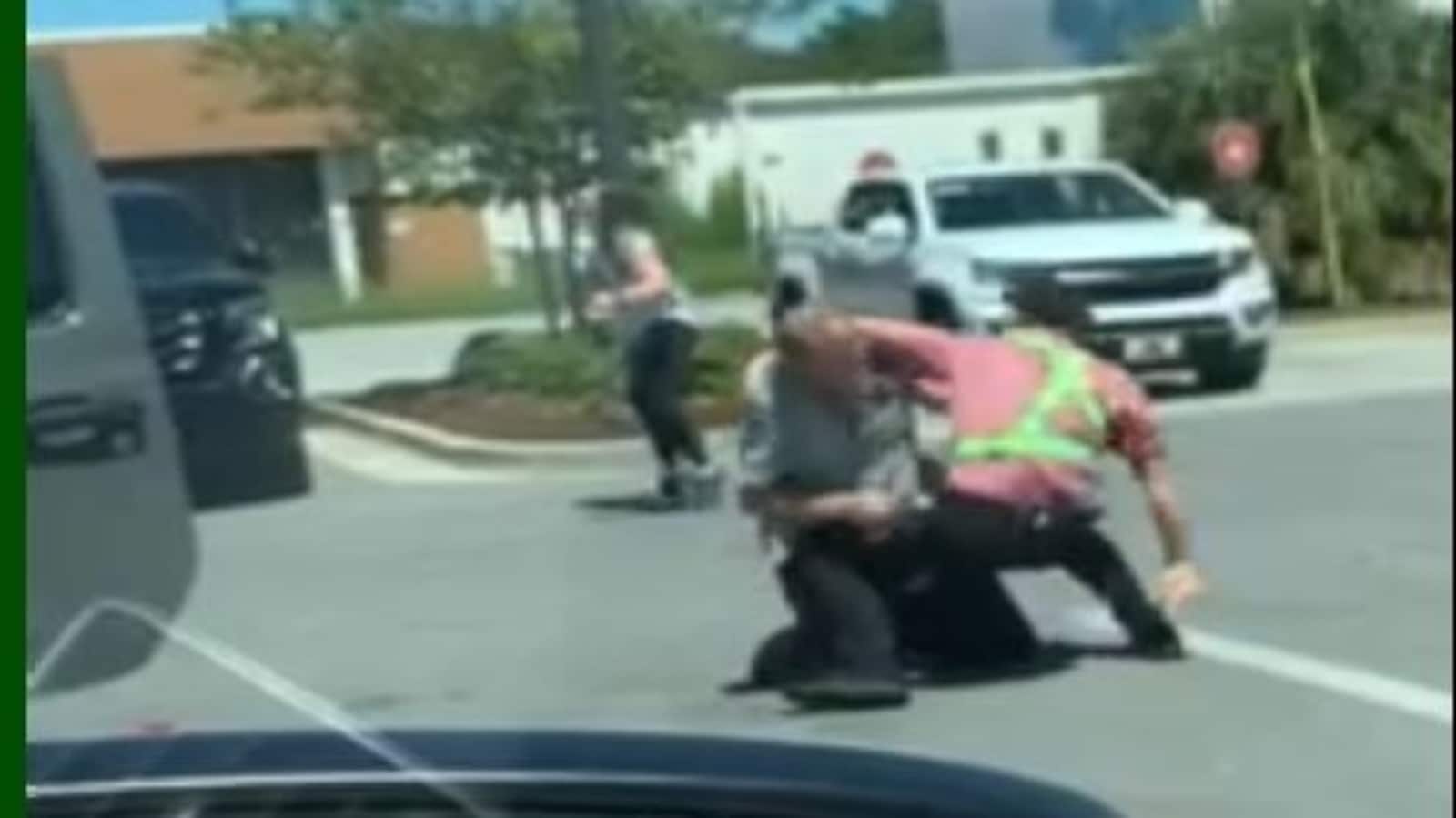 A US man is being hailed as a hero after he saved a mom and her baby by stopping a thief trying to steal their car. Okaloosa County Sheriff’s Office took to their Facebook page to share information about the incident and also the man who bravely helped the woman.

“In reference to the Fort Walton Beach Chick-fil-A employee who ran to the aid of a woman with a baby who was being carjacked, we want to say a sincere thank you to Ms. Kelner for providing video of a portion of the encounter. It has been provided to our deputies handling the case. A major shout-out to this young man for his courage!” they wrote and shared a video:

“OCSO News Release: Brave Employee Stops Carjacking Outside Restaurant. A young employee outside a Fort Walton Beach area restaurant rushed to help a screaming woman holding a baby this afternoon after a man grabbed her keys and tried to take her car. The Okaloosa County Sheriff’s Office has charged 43-year old William Branch of DeFuniak Springs with carjacking with a weapon and battery,” they wrote in yet another post.

“The victim was getting the infant out of her car at a restaurant at 743 Beal Parkway when she says Branch approached her wielding a stick and demanding her keys. He then grabbed the keys from the waistband of her pants, opened her car door, and got inside. When the victim began screaming for help an employee at Chick-fil-A ran to intervene. Branch punched the young man in the face but the second victim was not seriously injured. The employee says Branch had been involved in another incident shortly before the carjacking attempt,” they added.

The department later shared that the Chick-fil-A employee Mykel Gordon was rewarded with a special coin for his act of bravery.

All the posts received tons of appreciative comments from people. “That was a very brave young man! Thanks to the parents who raised a great son, a lot of us need to follow his awesome quick thinking to help someone in desperate need!! His employer should give him the employee of the year!!!” wrote a Facebook user. “Thank you young man for stepping up when this mother and child were in danger. May God Bless you,” thanked another. “Kudos to the brave employee! Thank you for your actions,” posted a third.