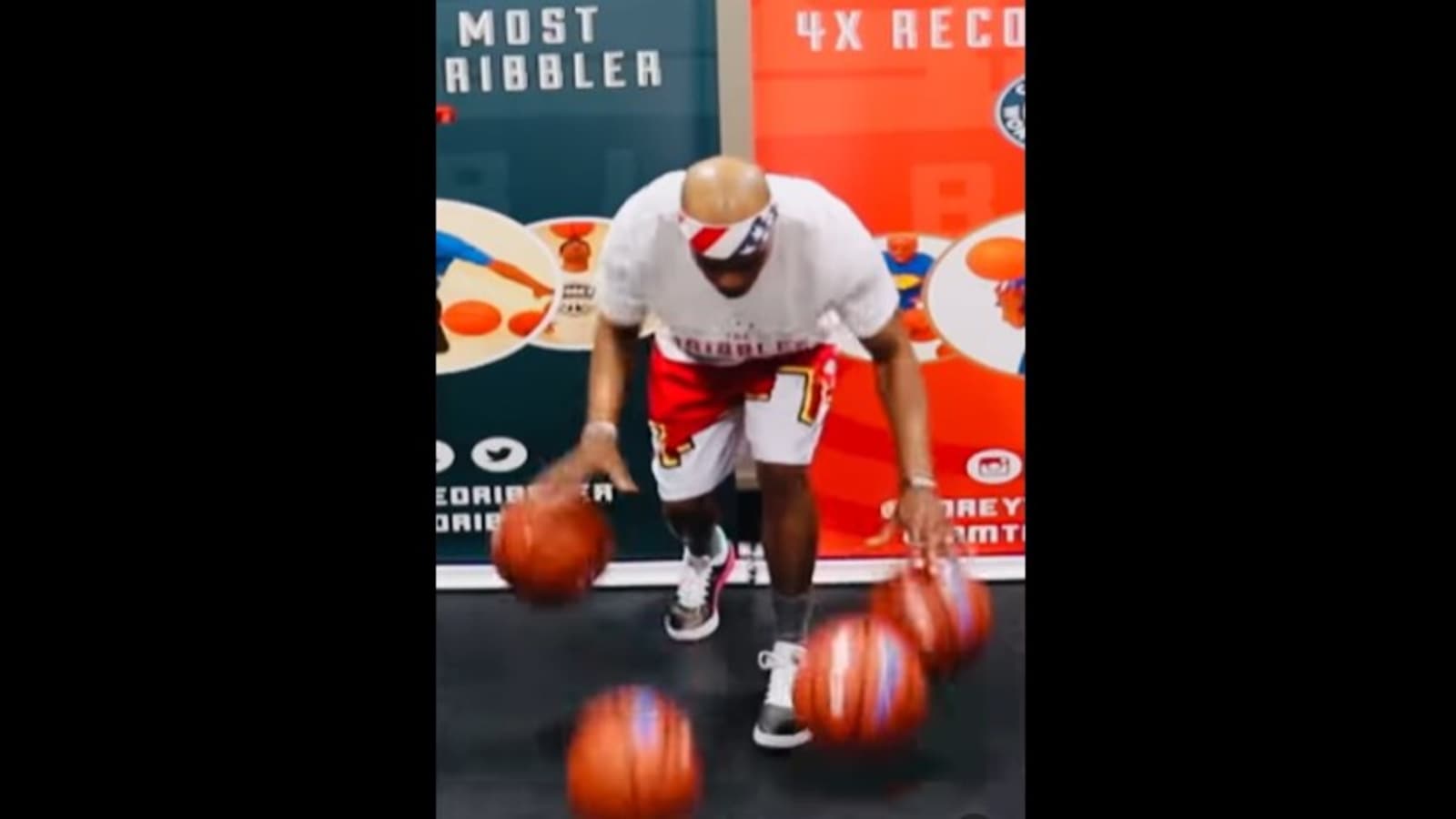 Corey Rich has made a Guinness World Record by bouncing four basketballs 326 times within the span of 30 seconds.

Corey Rich, who is known as Corey The Dribbler on the Internet, has yet again broken another Guinness World Record. This time, he has broken the one for most number of basketball bounces in 30 seconds. For this, he was seen dribbling four basketballs.

They also detailed that he “holds multiple basketball freestyle records – he’s a professional dribbling performer and former member of the legendary Harlem Globetrotters.”

Watch the record being made right here:

Since being posted on Instagram around five days ago, this video has got more than 31,000 likes. It has also raked in several congratulatory comments.

Many took to the comments section to post clapping emojis. “That’s talent,” posted an Instagram user. “You are great,” complimented another. “I have never seen something like this in basketball. This man is a genius!” posted a third.

Man never misses a catch as his wife throws random objects at him. Watch videos