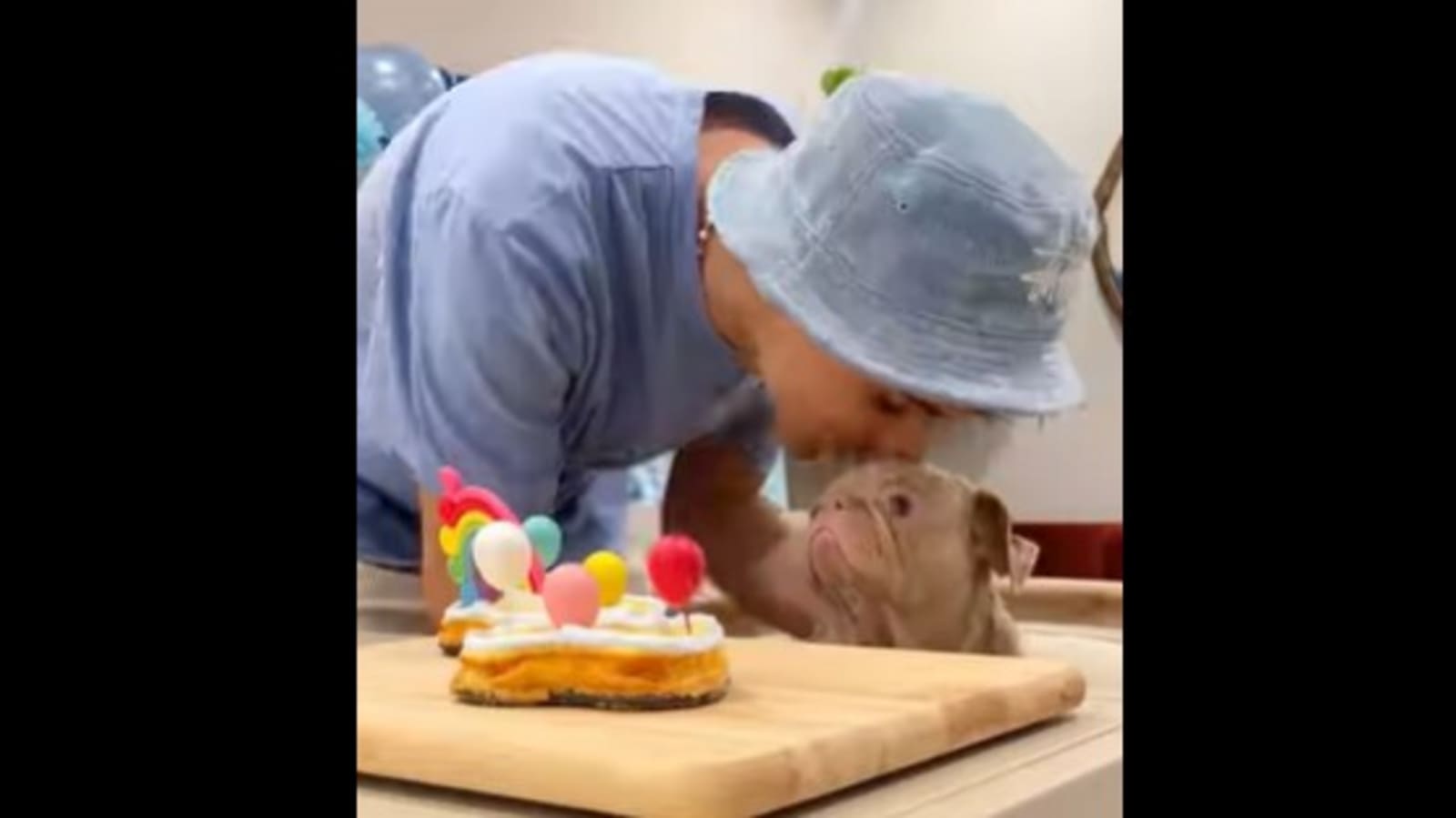 Friendships are always special and more so when the bond of friendship exists between a human and an adorable animal. This particular video that was shared on Instagram shows the sweet bond of friendship between a man and his pet dog named Salem. The video that has now gone viral, shows how the man addresses his dog as his ‘best friend’ and keeps the viewers wondering as to who he is even talking about. The video shows him baking a cake with a lot of focus for his best friend’s birthday before people realise that the friend in question is, in fact, his doggo.

“His reaction,” reads the caption that accompanies this adorable dog video. The video opens to show how the man takes some dog crackers, cream and several other ingredients that are safe for his fur baby to consume. By the end of the video, the cake is prepared and leaves everyone with a wide smile on their face. The video is likely to have a similar effect on you as well.

The video was shared on Instagram by a man named Raphael Gomes who makes videos that mainly revolve around his adorable pet dog. He has over 2.36 lakh dedicated followers on his Instagram page who look forward to photos and videos that he shares, mainly of his dog.

Take a look at the recent, viral dog video posted by him:

The adorable video of the cake being made for the cute dog was shared on Instagram around seven days ago. The video has received over two lakh likes and several comments from people who simply love dogs and couldn’t stop adoring this particular one.

“I thought this was for a gym bro with all the healthy ingredients,” hilariously wrote an Instagram user. “I was wondering why the ingredients were so plain,” posted another. While a third wrote, “I knew it the second I saw animal crackers and coconut oil. I was just waiting to see the precious furry face.”

Which shoe trend is the influencer sporting in this picture?

Toddler meets his baby sister for the first time. Watch his cute reaction