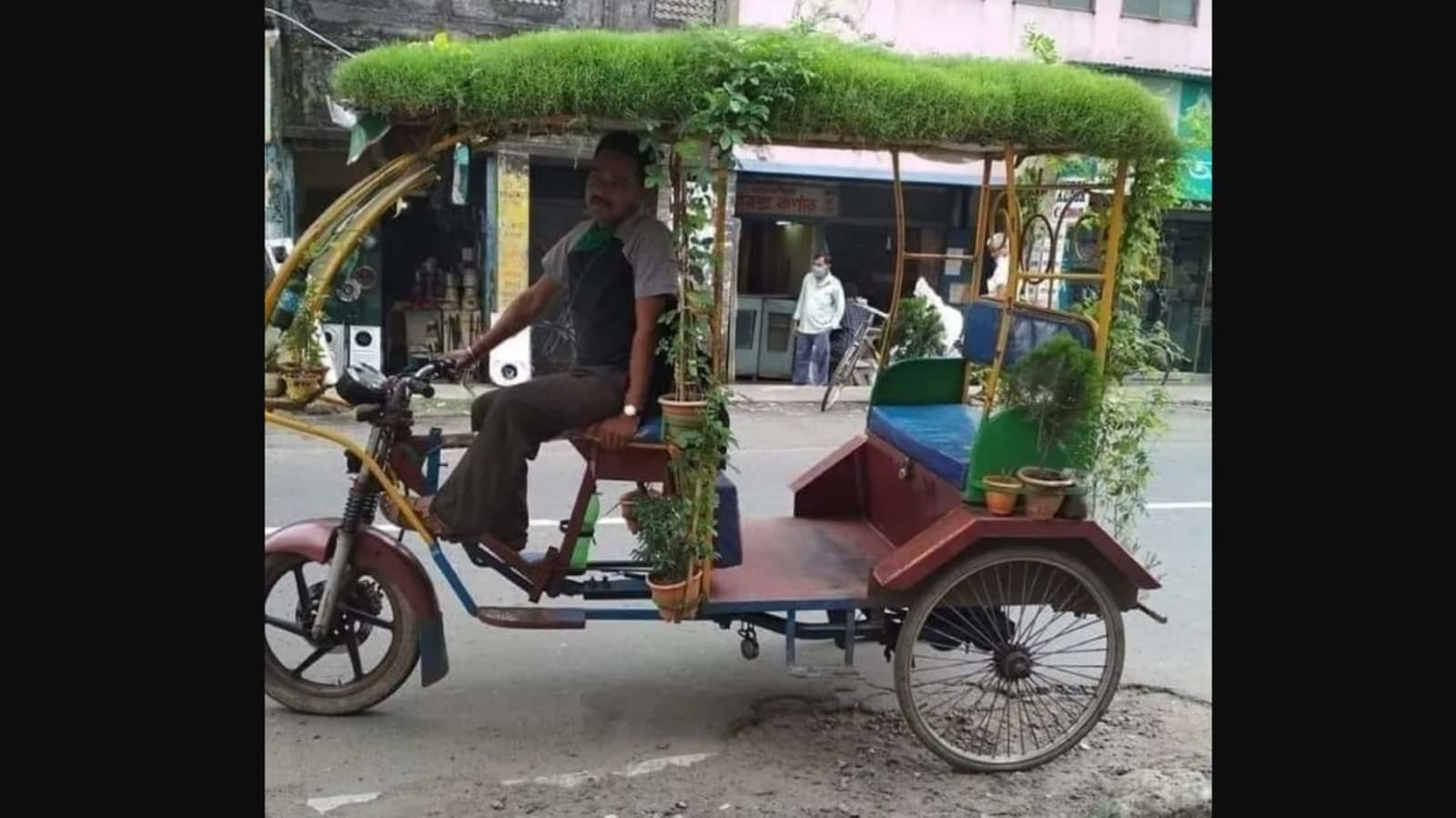 Norwegian diplomat Erik Solheim posted the picture of the rickshaw with a mobile garden on roof.

With temperatures soaring high, people across the country are trying out various ways to keep themselves and their surroundings cool. There are also tons of posts regarding the same on social media. Amid them, a picture posted on Twitter has now captured people’s attention. The image shows a mini garden on the roof of a rickshaw. There is a chance that the post will make you want to applaud the man too.

Erik Solheim, a Norwegian diplomat, posted the image on Twitter. “This Indian man grew grass on his rickshaw to stay cool even in the heat. Pretty cool indeed!” he wrote while posting the picture. The image shows the driver of the rickshaw sitting on his vehicle whose roof is covered with well-trimmed grass. Not just that, a few potted plants are also kept on the side of the vehicle.

Though it is unknown when the picture was captured, where it is from or when it was first shared online, a post with the same image was shared back in 2021 on a Facebook page called Assam Alert. “#Innovation l This man grew grass on his rickshaw to save his ride from the heat,” they wrote while posting the image.

Since being shared, the post has gathered more than 20,000 likes and the numbers are only increasing. The share has also prompted people to post various comments.

“Wonderful…. Salute to your innovation and your skills to grow such healthy plants,” wrote a Twitter user. “That’s actually very innovative, other rickshaw drivers should also do that cause its April and temperature is already above 42 degrees,” posted another. “A novel idea to stay cool in this hot summer. Appreciate him for thinking in those lines. And a good way to attract customers,” commented a third.