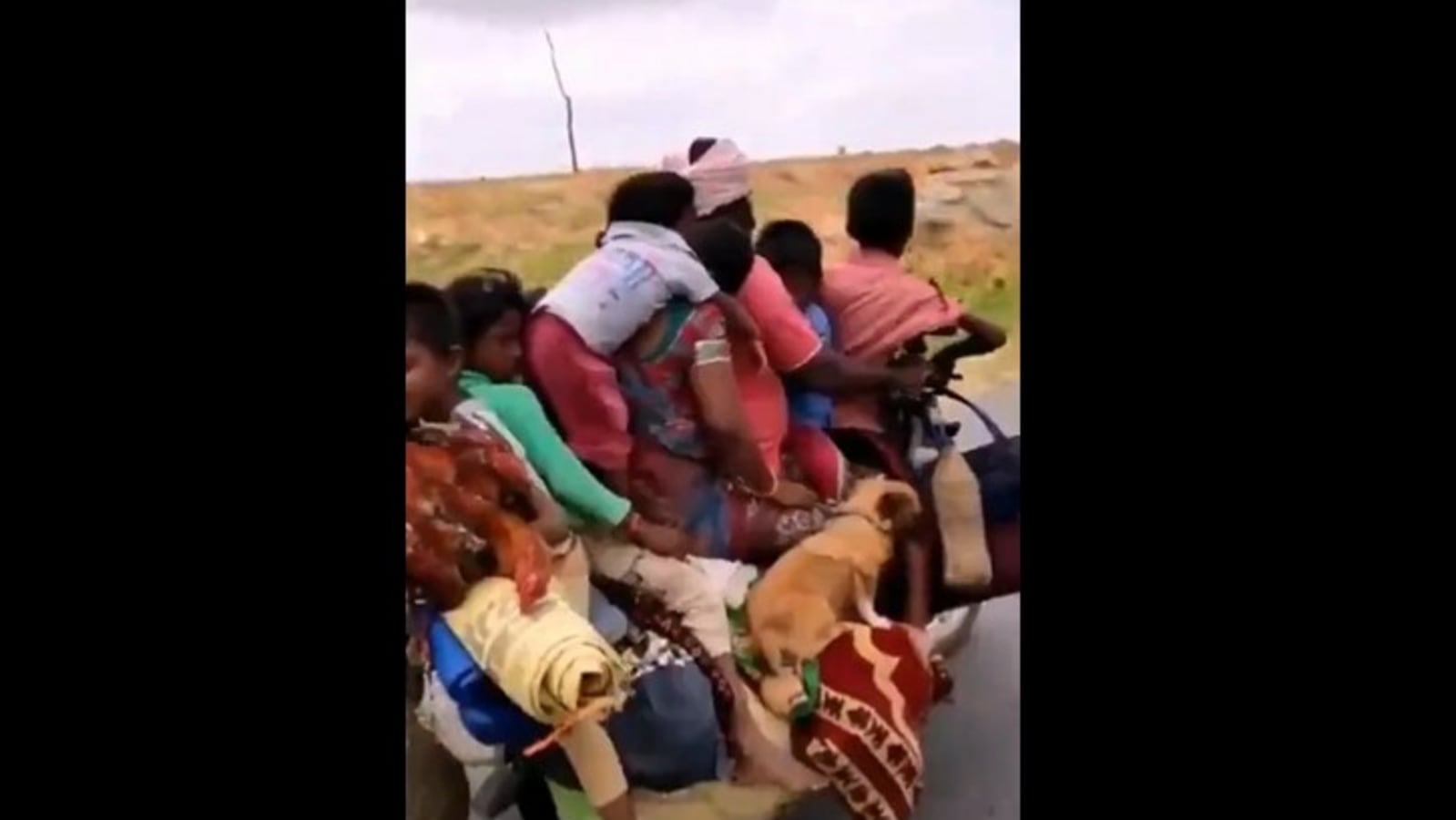 Time and again, we all have been made aware of the importance of following safety rules while driving a bike or a car. It is important that one doesn’t overload their vehicles while driving. While many of us avoid carrying more than one person on a bike, some may not take that advice seriously. And a recent video shows exactly the same.

In a video shared by Twitter user @Gulzar_sahab, you can see a man recording another biker with his family. On his bike, you can spot five children, a woman, the man who is riding the bike, two dogs, and some bags. The bike seems to be moving at speed, and none of the passengers on the bike are wearing helmets.

The post’s caption read, “If he is caught, he will have to take a loan to pay the challan.”

This video was shared a few days back. Since being shared, it has been viewed two lakh times and has 1500 likes and several comments. Many tweeple were shocked by the video.

One person in the comments section wrote, “It is very strange, they didn’t even feel the danger.” A second person added, “There will be no challan, but the one who stops will want to see how all this was adjusted. Jugadu brother.” “Despite the difficulties, they have not left the dogs behind. Salute to him,” added a third. Some others have reacted using surprised emojis.

On Disha Patani’s birthday, here are some of her viral Instagram fitness Reels

Girl wants to give first slice of her birthday cake to grandpa. Watch cute video

Microsoft says this is the ultimate measure of employee productivity (is it nonsense?)