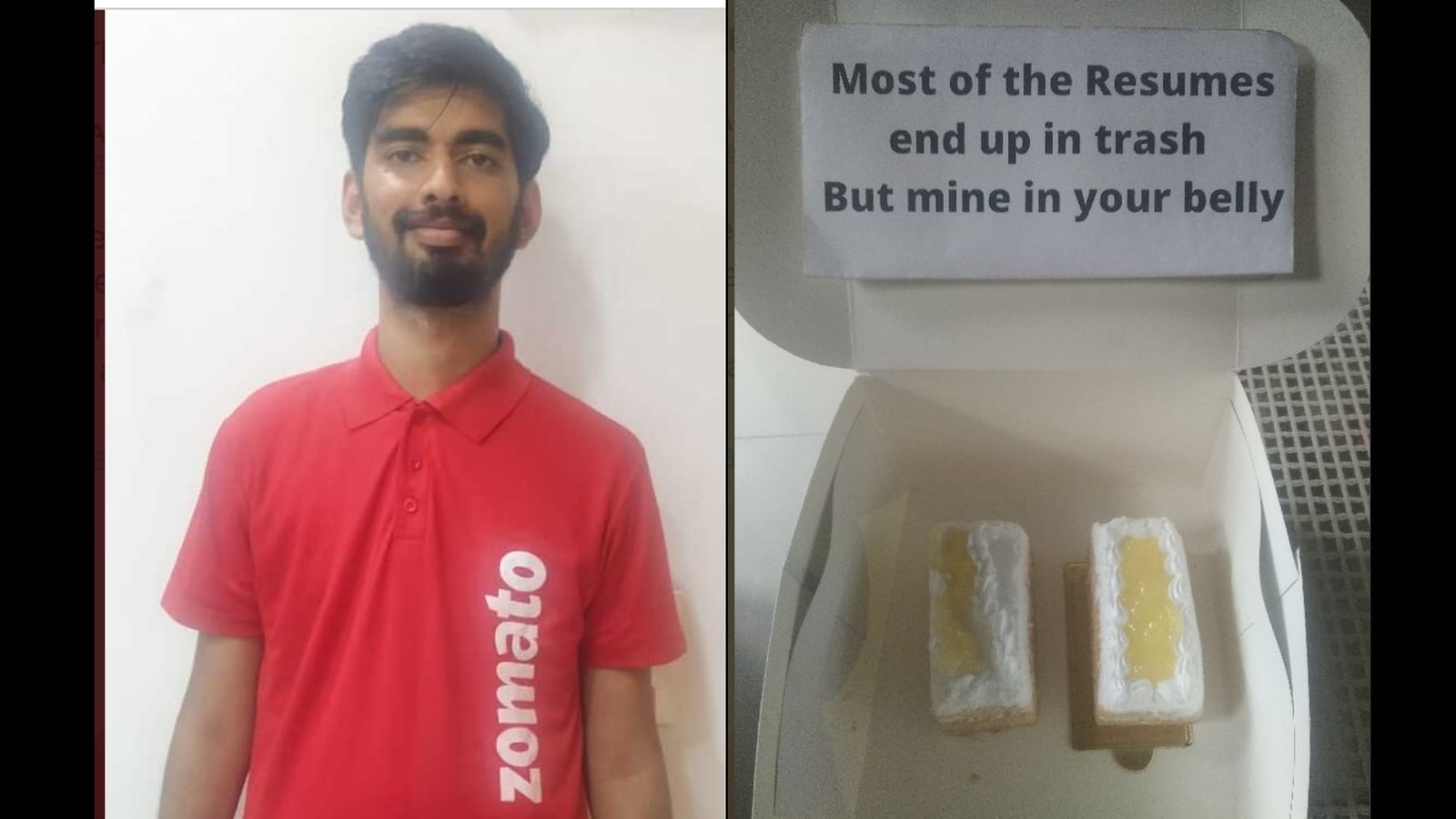 Job hunting is a tedious task and it’s not easy to catch the attention of the recruiters. A man shared on Twitter how he dressed up as a Zomato delivery agent to deliver his resume to a bunch of startups in Bengaluru. While his tweet received lots of attention, everyone wasn’t happy with his approach. Zomato also reacted to the post and they weren’t amused with the “impersonation”.

Twitter user Aman Khandelwal shared on Twitter, “Dressed as a @zomato delivery boy I delivered my resume in a box of pastry. Delivered it to a bunch of startups in Bengaluru. Is this a @peakbengaluru moment.” He posted the tweet on July 2 and it has received more than 3,700 likes and over 200 retweets so far. Khandelwal posted two photos along with the tweet. In the first, he is seen wearing the red Zomato t-shirt that delivery boys wear. The other photo is a box of pastries with a paper attached to the top of the box that says, “Most of the Resumes end up in trash. But mine in your belly.”

In another tweet, he shared that he is looking for a management trainee or APM role at a good organisation. His LinkedIn profile says that he is an aspiring product manager. His tweet got a mixed reaction as Zomato was also not enthused with the idea. “Hey Aman, hope your ‘gig’ landed you something meaningful. The idea was great, execution – top of the line, impersonation – not so cool,” Zomato’s Twitter handle replied.

Hey Aman, hope your ‘gig’ landed you something meaningful. The idea was great, execution – top of the line, impersonation – not so cool.

Digital Gurukul Metaversity offered him a flagship program for free with an internship offer. “Looking at your Marketing skill – We would like to offer our flagship program in “Digital Startup” for FREE with Internship! Hope it will surely make your belly & career in perfect shape,” they wrote on Twitter.

“Is it just me who finds this absolutely cringe and crazy? Is it that easy to masquerade as a delivery boy from Zomato/Swiggy? Imagine the safety implications here,” a Twitter user commented.

While this idea isn’t new as a US-based marketing specialist had done the same and dressed up as a delivery guy to deliver his resume inside a doughnut box to potential employers in 2016.

Hema Malini watches in shock as Hunarbaaz contestant lets a jeep run over him. Watch

CNN+ to Debut on March 29, MSNBC to Stream Programming