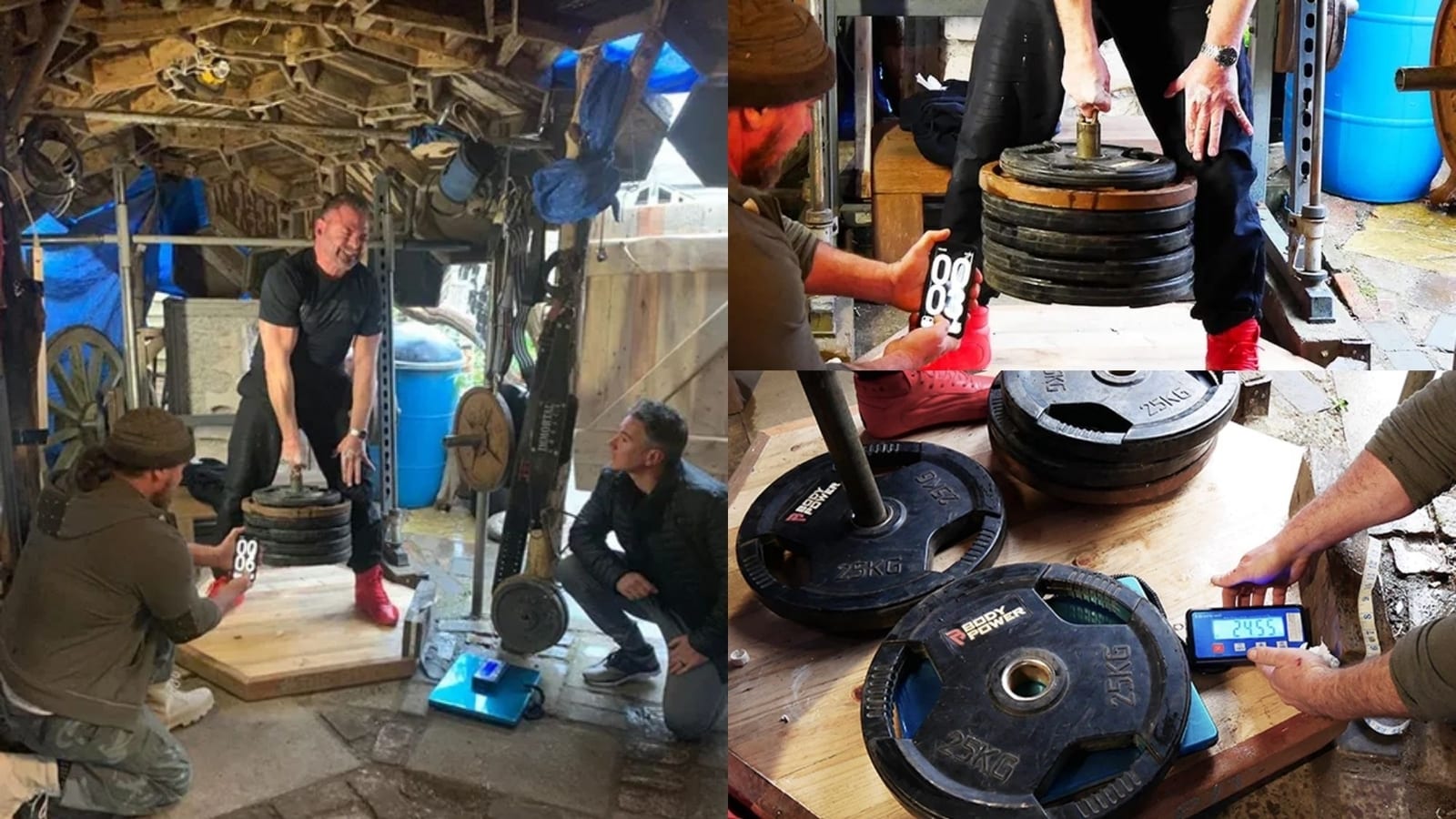 Kent-based martial artist Steve Keeler has recently bagged a world record for the heaviest deadlift with one finger, breaking a decade-old record held by Benik Israyelyan from Armenia. Keeler grabbed the title after deadlifting over 120 kg weight for eight seconds. The Guinness World Records shared the achievement on their official Twitter handle.

“New record: Heaviest deadlift with one finger – 129.50 kg (285.49 lb) by Steve Keeler (UK). Six discs with one finger, just an average morning’s work for the martial artist,” Guinness World Records wrote on Twitter while sharing the pictures of Steve Keeler attempting the record.

The blog further mentioned that the 48-year-old record holder is an expert martial artist and has been in strength training for the past four years. “He’s a 5th Dan black belt in Tsuyoi-Ryu Karate and a 1st Dan black belt in judo,” they underscored the forms of combat mastered by Keeler.

Benik Israyelyan held the previous world record by lifting 121.70 kg in 2012 and had remained unbeaten for ten years. Steeve bettered Israyelyan’s record in 2022 by almost 10 kilos. “It’s incredibly painful, but my fingers are strong and I am proud of my lift,” an elated Keeler said to Guinness World Records.

Since being posted, the tweet has received over 70 likes and 12 retweets on Twitter. The world record has also prompted people to share their thoughts in the comments section.

“Good, well done,” commented an individual. “This is insane,” posted another with a raising hands emoticon. “Hell nope,” expresses another with a shocked face having exploding head emoticon.

What do you think of the stunning record?

Scholarships for women in STEM | ZDNet