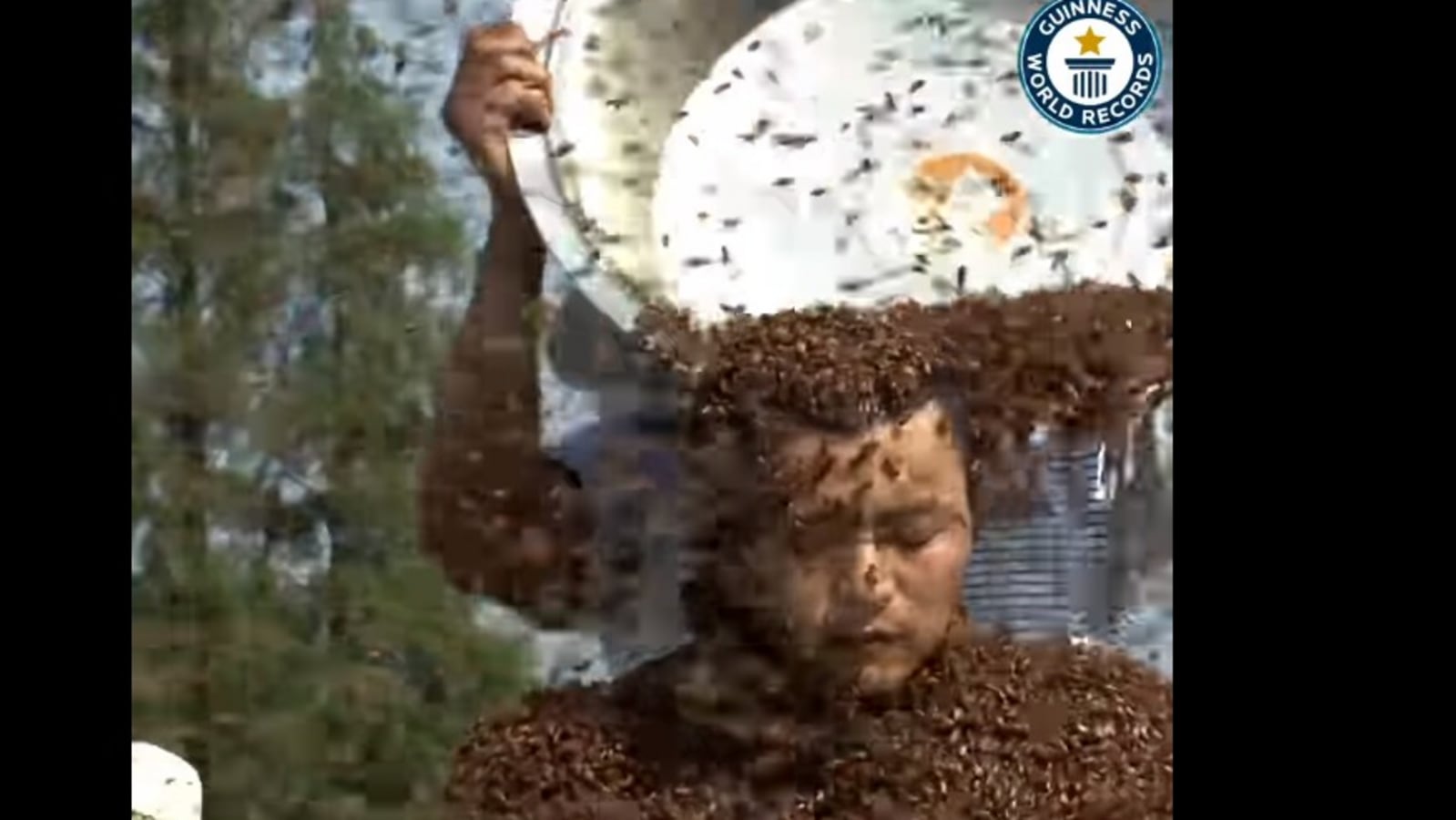 The videos that showcase people creating different records are often amazing to watch. Just like this video showing a man covering himself with bees. This video, besides being astonishing, may also leave you a little scared.

Though the record was created back in 2016, the video of the feat is again creating a buzz after recently being shared online. Guinness World Records (GWR) took to their official Facebook page to share the video.

“Heaviest Mantle Of Bees – Guinness World Records. Getting a real buzz out of record-breaking – China’s Ruan Liangming loves bees,” they wrote while posting the video.

The man created the jaw-dropping record while taking part in Italy’s Lo Show Dei Record back in 2016, reports a blog by GWR. The nail-biting attempt shows him creating the ultimate “bee beard”- a carnival act that dates back to the 19th century. To create the record, he covered his body with approximately 637,000 individual bees.

Take a look at the incredible feat:

The video has been posted about an two hours ago. Till now, the clip has accumulated more than 29 million views and the numbers are only increasing. The share has also prompted people to post various comments.

“True definition of beeman,” wrote a Facebook user. “Oh, he looks like a super villain,” expressed another. “This is so amazing,” commented a third.

How to choose a lawn mower | ZDNet