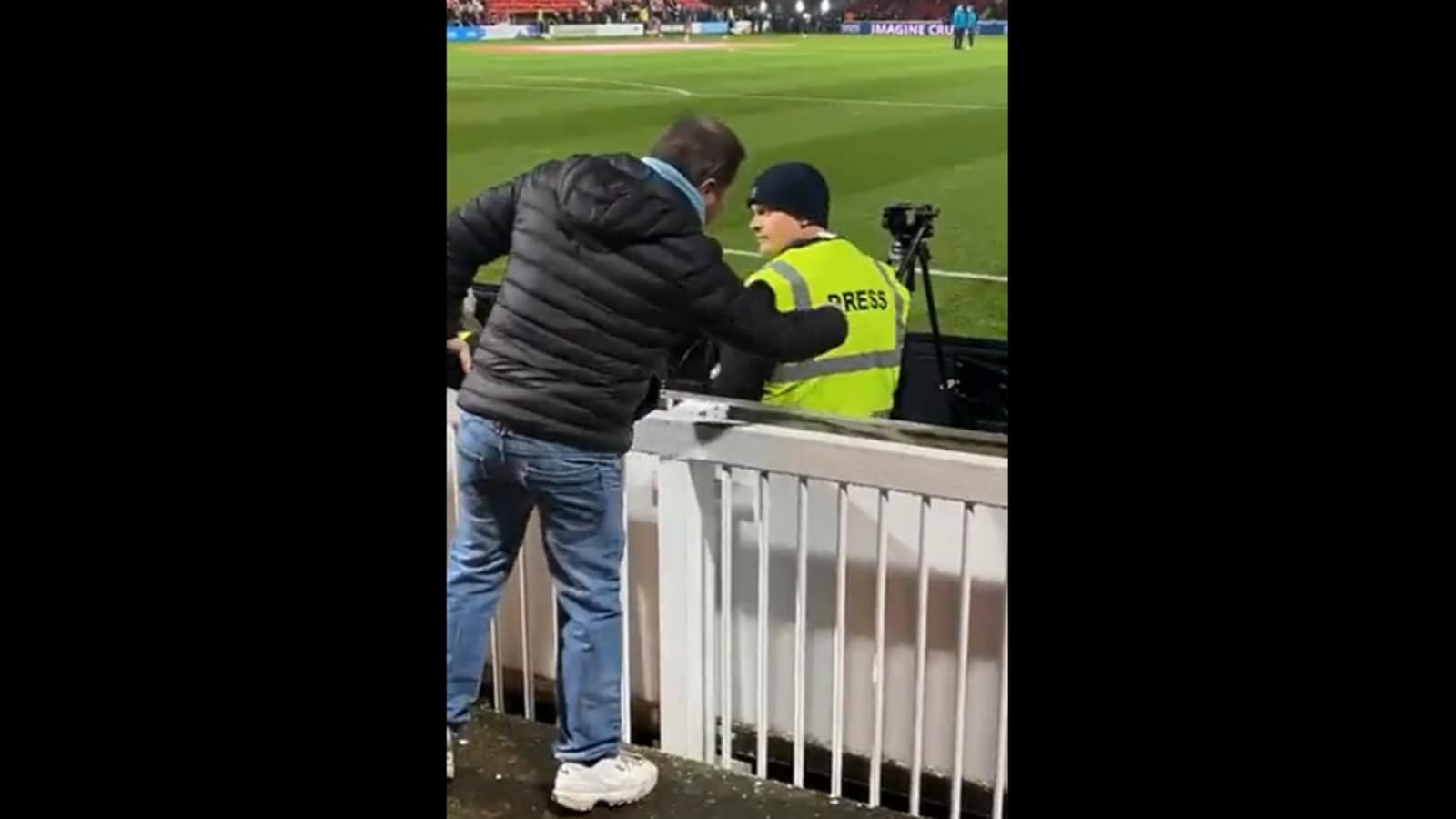 The video posted on Twitter shows how a man ‘pressed’ the back of a jacket of a press member at a Manchester City match.

When it comes to dad jokes, the Internet has them in plenty. This man who posted a video of himself on Twitter, knew exactly what he was doing when he pulled a pun-filled joke at a Manchester City match. According to the official website of Give Me Sport, this incident took place right before the match started yesterday.

The man, who identifies himself as a Manchester City fan, decided to walk up to a member of the press who was there to cover the match. He walked down the stands and reached a place from where he could touch this guy’s back. Being a member of the press, this man was donning a jacket that had the word ‘press’ written on it.

When he walked up and finally did this, the member of the press seemed quite confused about what just happened. To this, the man explained, as he added to his caption when he shared the video on Twitter, “Had to do it. It says press.”

Since being posted on January 8 on Twitter, this video has gone viral and garnered more than 11.6 million views. It has also accumulated several comments on this joke.

“You big kid,” commented a Twitter user, followed by laughing emojis. Another individual added to this joke and wrote, “I saw a door that said PUSH so I pushed it. The next door said PULL so I pulled it. I put my back out at the door that said LIFT.” “That is just classic,” commented a third.

What are your thoughts on this hilarious video?

Pet cat loves to hug its dog big brother. Watch their bond in this cute video